The Arg-e Bam is the largest adobe building in the world, located in Bam, a city in Kerman province of southeastern Iran.
It is listed by UNESCO as part of the World Heritage Site.
Due to severe earthquake occurred in Bam city, this citadel and its nearby parts were destroyed completely.

Several days later, the president of Iran, Mohammad Khatami announced that the citadel will be renovated in the best possible way.
The origin of this enormous citadel on the Silk Road can be traced back to the Achaemenid Empire (sixth to fourth centuries BC) and even beyond.
The whole monument can be considered as a great fortress containing the citadel but due to awesome appearance of the citadel as the tallest part of the complex, the entire structure is named the Bam citadel.
The heyday of the citadel was from the seventh to eleventh centuries, being at the crossroads of important trade routes and known for the production of silk and cotton garments. 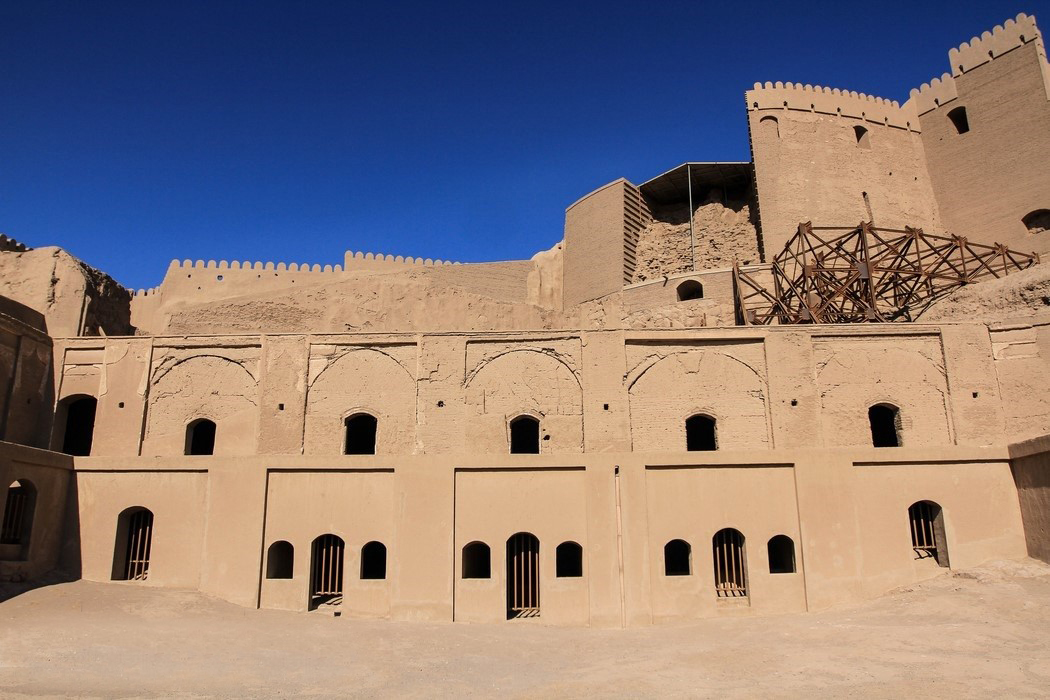 There is no precise archaeological dating of the building of the citadel of Bam, but through historic sources and ancient texts, the first human settlement in the area can be traced back to the fort built by the Achaemenians around 579-323 BC.
The citadel was constructed in an area with about 18000 square meters with walls with a height of 6 to 7 meters and length of 185 meters.
The citadel consists of two separated parts, each having its own and special features.
It is noteworthy that there are about 67 old towers located in various parts of the ancient city of Bam. 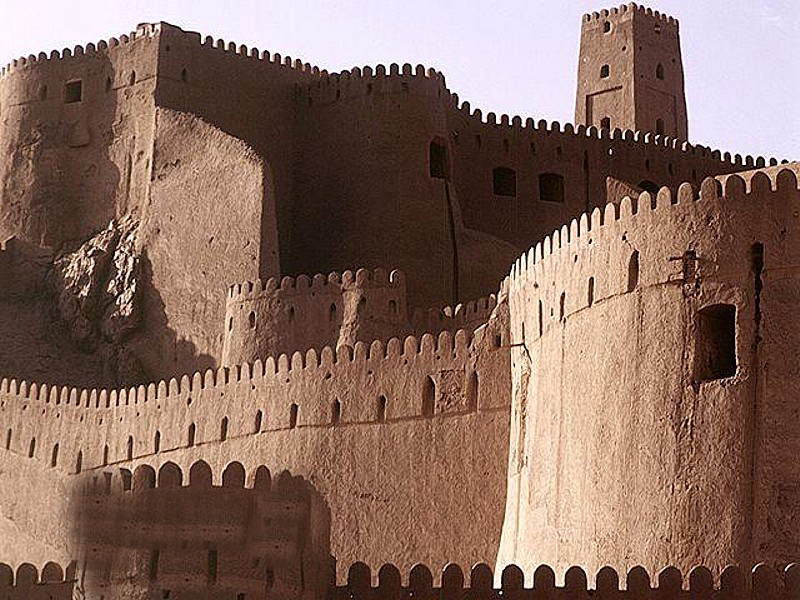 The architecture and design of the citadel are studied by different point of views. Based on the current appearance of the citadel, it should be noted that designer or designers had predicted the final shape of the entire building from the basic steps of constructing process.
The citadel is located exactly in downtown of the military city accompanied by the best military view.
The governmental section of the citadel located in the most internal wall contains a military fortress, a four-season mansion, barracks, water well with depth of 40meters, stable with a capacity of 200 horses etc. 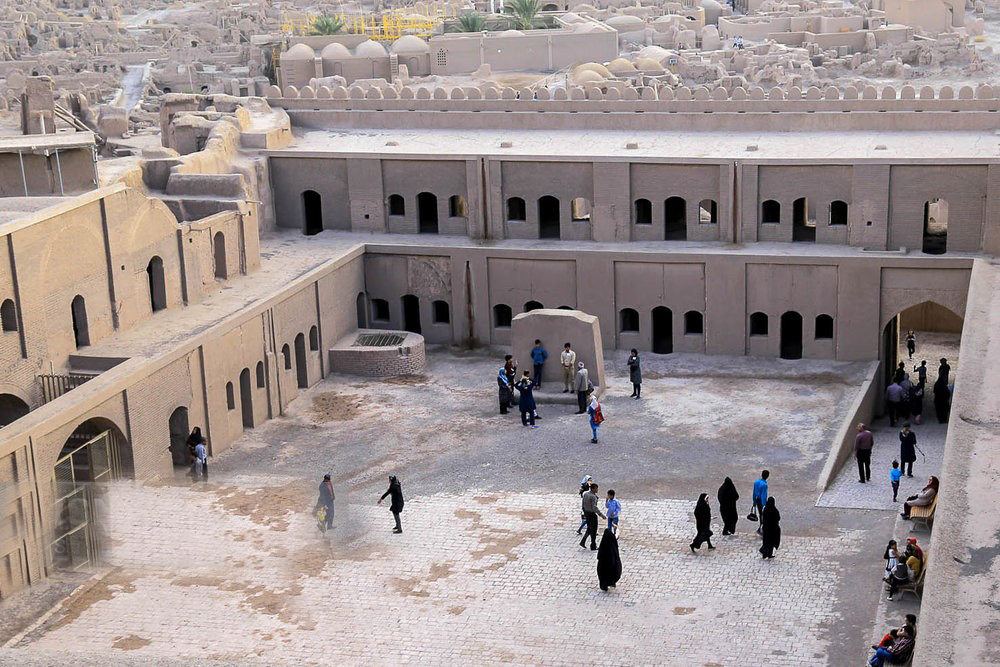 On the other hand, another section located near to the governmental part includes the main entrance of city, the main route connecting the city entrance to the fortress and the bazaar along with fortress, nearly 400 horses, public buildings like school and sport club etc.
Generally, there are 3 types of houses in the citadel:
1) The smaller houses with 2 to 3 rooms for poor families.
2) The larger rooms with 3 to 4 rooms for middle class society, some containing a porch.
3) The most glorious houses with more rooms located in various parts because of different seasons of the year. These house include also a large yard and a barn around for animals. The number of these houses are few in the citadel. For instance, the Jewish and Sistani houses are among these houses. 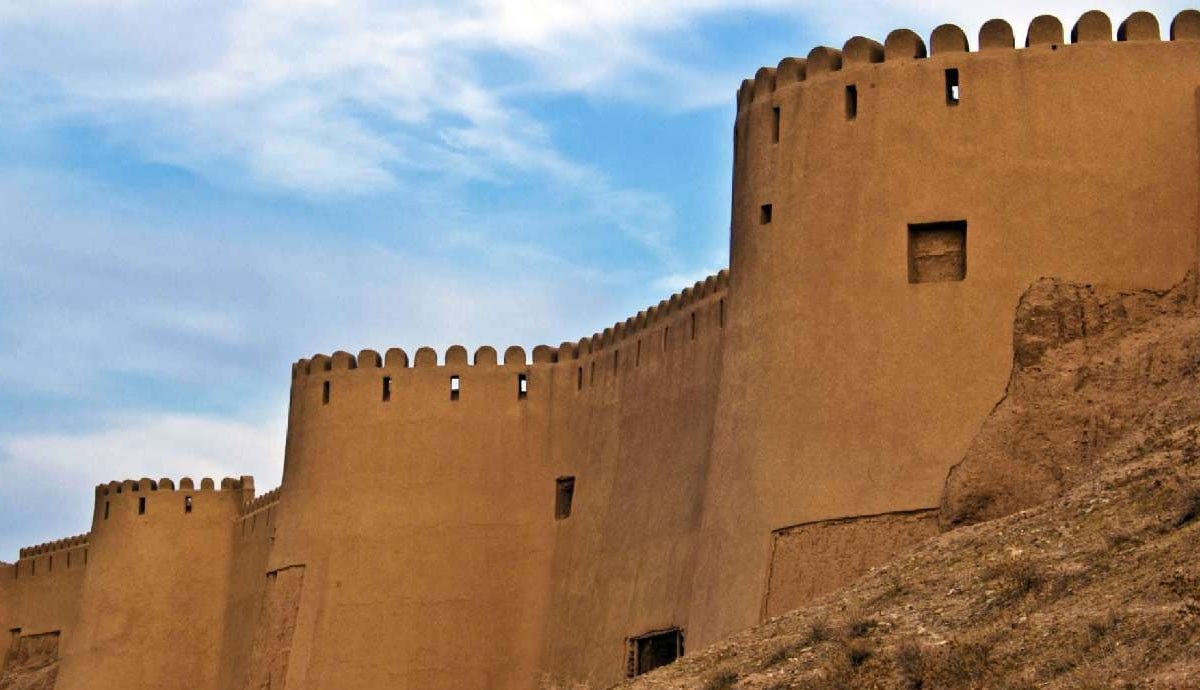 All buildings are constructed by not cooked clay bricks, The Bam citadel was likely the largest clay complex of the world before the earthquake occurred in 2003.
According to security considerations, no human or animal could enter the city when the entrance of the city was closed.
All inhabitants could continue their lives in long periods due to easy and fast access to water well, gardens and domestic animal in the citadel.
Many countries such as France, Japan and Italy helped to renovate the citadel after the earthquake of 2003.
During the Safavid rule (from 1302 to 1722), Iran went through a period of relative calm and stability.
Arg-e Bam was considerably developed, as well as the rest of the country. The Four Seasons Palace was built during this period. Towards the end of the Safavid period, Arg-e Bam was conquered by the founder of the Qajar Dynasty.
Agha Mohammad Khan, who used the citadel as a strategic point to fend off Afghan and Baluchi incursions and thus turned it into a military complex.
Do not lose this beautiful and historical attraction of Iran and record best moments.
Hope to have a nice stay in Kerman city of Iran.