Ganjali Khan was one of the famous rulers of the Shah Abbas era that ruled for 29years in Kerman.
He tried his best to develop the region and build many buildings and constructions.
There are variety of public constructions left from this famous ruler such as Ganjali Khan Complex in Kerman, Ganjali Khan Caravanserai in Yazd-Kerman road, several aqueducts in Kerman etc.
It is noteworthy that part of profits of the complex and aqueducts is dedicated to the holy shrine of Imam Reza in Mashhad. 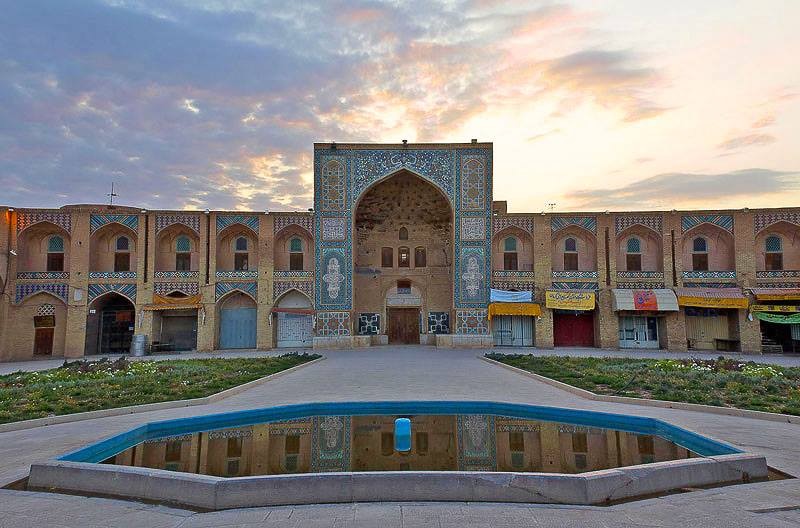 These buildings suffered from some irreparable damages due to variety of military attacks during the Ganjali Khan period.
This complex was built in an area with about 11000 square meters space.
On the other hand, Ganjali Khan Bazaars are located in three sides of the square which attract a large number of visitors from all over the world.
It should be noted that the complex was constructed with architectural style of Isfahan.
Moreover, there were four mosques in four sides of the square that three of them are available at the moment. 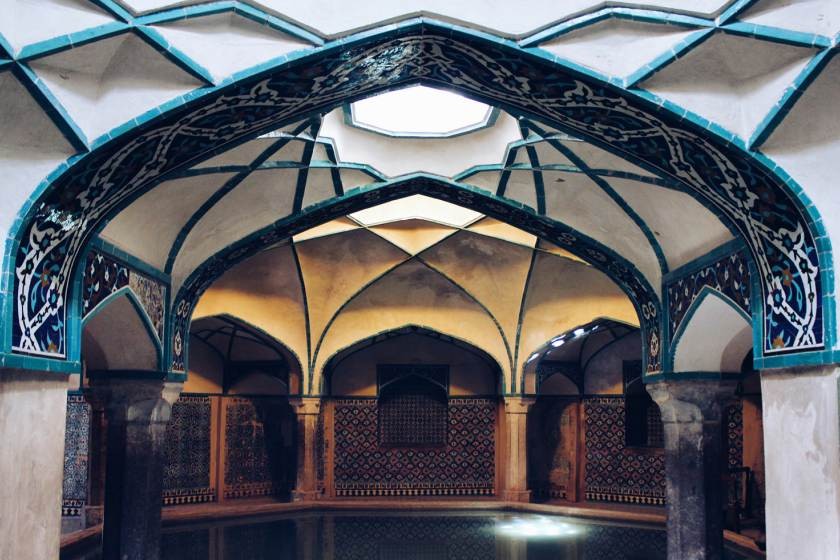 The most beautiful mosque is the east side one, next to the caravanserai which can be considered as a museum of decorative arts.
In the following, we mention to some main monuments of the Ganjali Khan complex.
Square:
The square is among monuments left from the Ganjali Khan complex located in central part of the Kerman city and next to the great bazaar.
Here, variety of urban elements surround the square like squares of Naghsh-e Jahan in Kashan or Amir Chakhmaq in Yazd.
In addition, a pond, green space, beautiful tiling, brick arches and other spectacular sections have been added to beauty of the square.
Bazaar:
The bazaar is located in south of the Ganjali Khan square. There are 18stores and a beautiful and historical bathhouse called Ganjali Khan Bathhouse in right side of the bazaar.
On the other hand, there are some arches designed in left side of the bazaar indicating a very beautiful landscape. A large number of badgers are working below these beautiful arches and 16 arches in total connect the bazaar to the square.
The bazaar is welcoming many travelers with a length of about 93meters, width of 75/5 meters and 75/534 square meters of space.
There is a gold trade center located in end of the Ganjali Khan bazaar, famous for the Ghysariyeh name.
Mosque:
This monument located in northeastern side is known as one of the most attractive sections of the Ganjali Khan complex. The construction of the mosque is small including a harem and entrance porch. The appearance of the mosque is simple covered by geometric designs in plaster.
There is a dark and narrow corridor after the entrance porch leading to environment of the harem.
This mosque was renovated recently and today is used only for interested people to visit and prayer is not held here.
Bathhouse:
Several paintings related to the Safavid era are on to display on entrance of the Ganjali Khan bathroom that some were renovated recently. 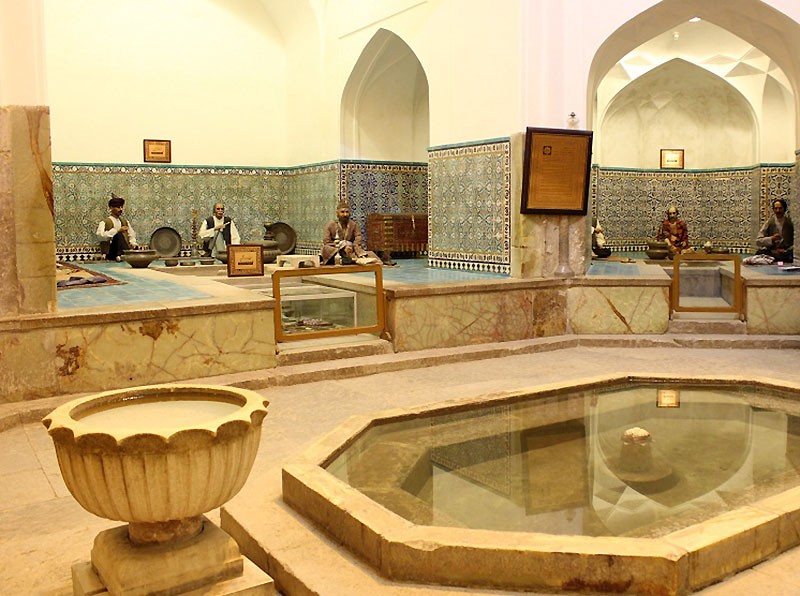 Based on available resources, one of the Qajar rulers named Agha Mohammad Khan destroyed this school and has been turned to the faculty of arts at the moment.
Nowadays, the bathroom of the complex is active as museum of anthropology.
We strongly recommend not to lose here as one of the most interesting attractions of the Kerman city and create a series of enjoyable and unforgettable memories.
Hope to have a nice stay in historical city of Kerman.