The Blue Mosque of Kabood mosque id one of the historical mosques of the Tabriz related to the 9th century.
The Blue mosque or Kabood mosque is famous for its very beautiful tiling and various colors used to build the construction.
The mosque was built by an unique architectural style called Azeri. The main building of the Kabood mosque was built by brisk. This monument consists of the main dome and south dome which are located on a large courtyard. 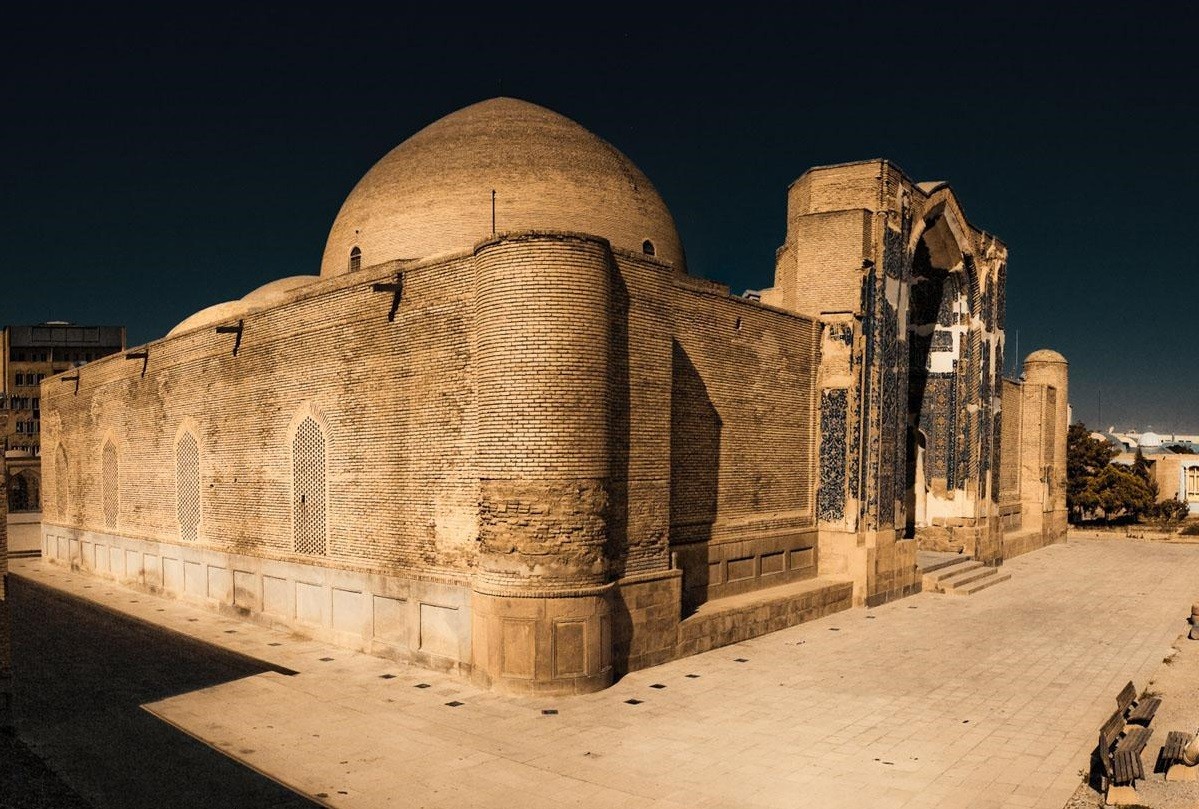 The south courtyard is smaller than another one. The building includes seven smaller domes covering east and west halls and also the entrance of the mosque.
It is noteworthy that no structure was used to construct the domes which made it hard to renovate the domes.
Actually, the contemporary architects hadn’t enough and essential information about the process of designing and building domes without any structure.
This problem was handled eventually by one of the famous architects named Memaran and the monument was renovated again with no structure. The construction including a main or large courtyard was constructed in square shape located below the main dome.
On the other hand, the monument is also consists of a small courtyard located in the south part of the mosque below a smaller dome.
There is a crypt located in the southernmost part of the mosque including two tombs which were discovered during the renovation and it is said the tombs refer to the Jahanshah and his daughter. 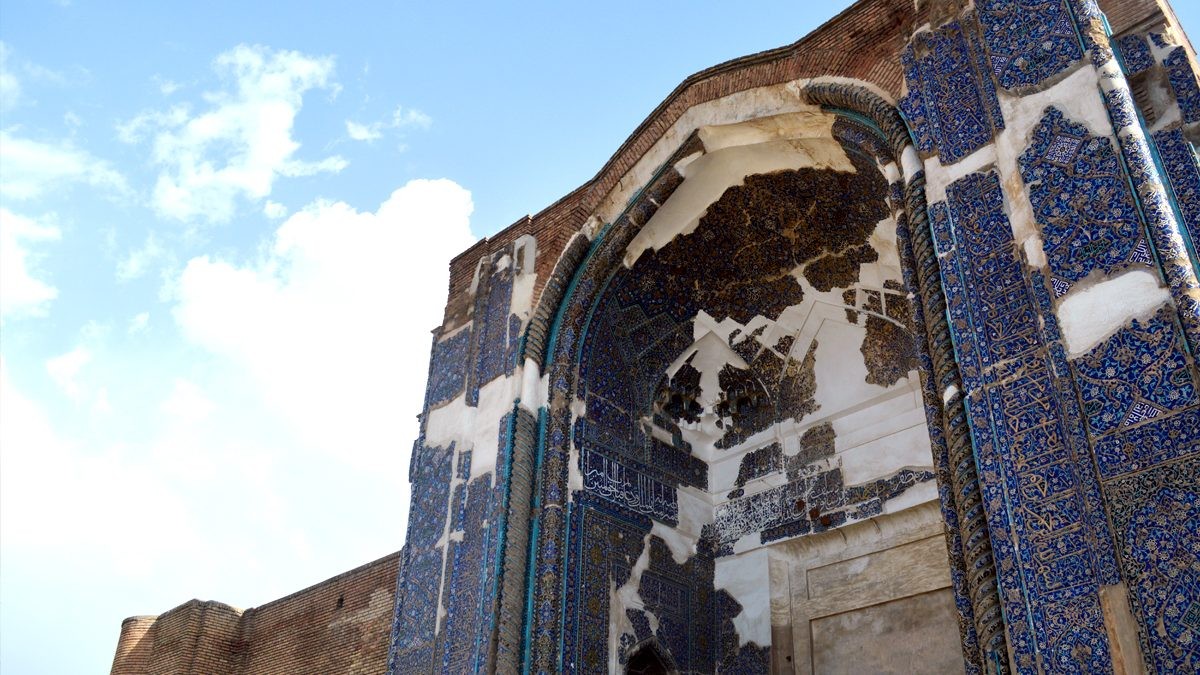 The Kabood mosque of the Tabriz is one of the indoor mosques of Iran indicating ability of Iranian installers in the best possible way.
Variety of tourists have been visited this monument. Many travelers have mention to the monument in their travelogues many times.
It seems that a group of professional builders and architects tried their best to use best and special materials to construct the mosque.
All tourists of the world who intend to visit this glorious mosque are usually amazed upon arrival due to its luxurious and unforgettable tiling. The amazing ceiling of the mosque is considered as one of the most attractive and eye-catching sections of the Kabood mosque covered by gold and azure which will create an exceptional and relaxing scene for you and your companions.
It should be noted that external and internal walls of the mosque are decorated with high quality tiles inspired by tiling of the main mosque of the Isfahan city.
The green space coved by most diverse flowers can be considered as another advantages of the mosque which is very attractive for large number of visitors from all over the world.
We strongly recommend dear visitors not to lose the Azerbaijan museum located close to the mosque to see some tile pieces and inscriptions of the mosque closely. The Blue Mosque of the Tabriz was built upon the order of Jahanshah the ruler of Kara Koyanlu dynasty which made Tabriz the capital of his kingdom.
His kingdom covered major parts modern Iran, Azerbaijan and Turkey.
Try not to lose this extraordinary attraction and create one of your best and interesting travels.
Hope to have a nice stay in the historical city of Tabriz.