Delgosha garden is located in near the tomb of Sa’di and is considered as one of the most interesting attractions of the Shiraz.
The garden is a historical monument and related to the pre-Islamic era or the Sassanian Empire.

The Delgosha garden was very attractive and spectacular during the Timurid period and the king Timur ordered to construct another garden in the Samarghand after seeing this garden and named it again Delgosha.

Actually, the Delgosha garden refers to three Sassanian, Safavid and Qajar eras, located in one of the best locations of the Shiraz city.

This garden was registered as a national property with No.912 about 15 years ago. It is noteworthy that lots of European tourists have mentioned to the Delgosha garden in the writings and paintings left and accordingly the garden was famous also during the Safavid era.

The garden was constructed in an area with 7.5 hectare space. Some of the buildings in this garden were built in the Qajar dynasty. It should be mentioned that the garden was suffered from abundant damages during the Nadershah governance and Zandiyeh dynasty and renovated again in the Karimkhan era. 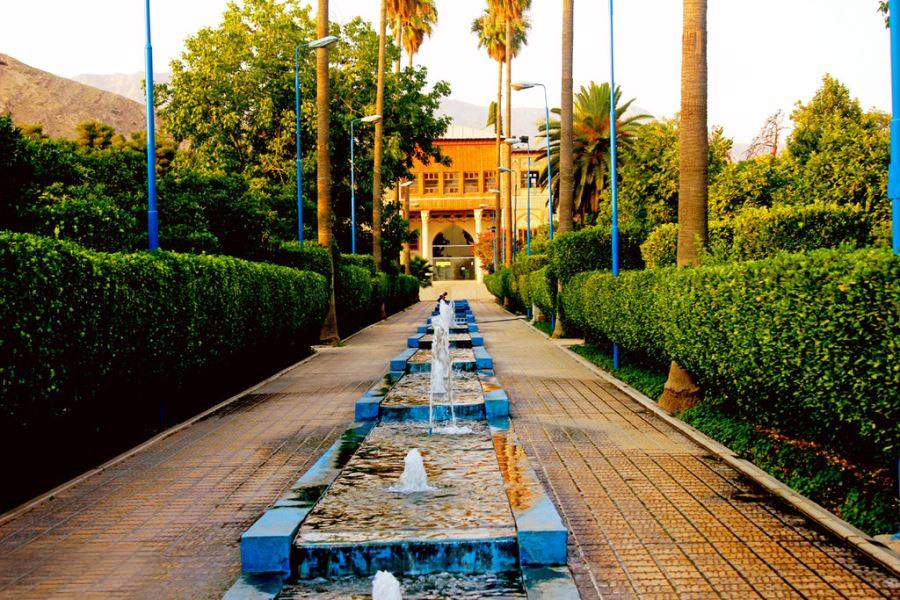 Several mansions are also visible related to the Qajar period. Most of trees of the garden are citrus such as orange and sour orange. The main building of the garden consists of three stories with two entrances in two sides.
The mansion of the garden was constructed based on architecture of Sassanian palaces in the Bishapour including a hall and four special sections related to kings (VIP sections).

In addition, variety of mirror works, oil paintings, wooden ceilings and stuccos embellished with flowers and etc. can attract your attention definitely.

Additionally, a porch in the second floor with a view of pool demonstrates magnificent days of that era. 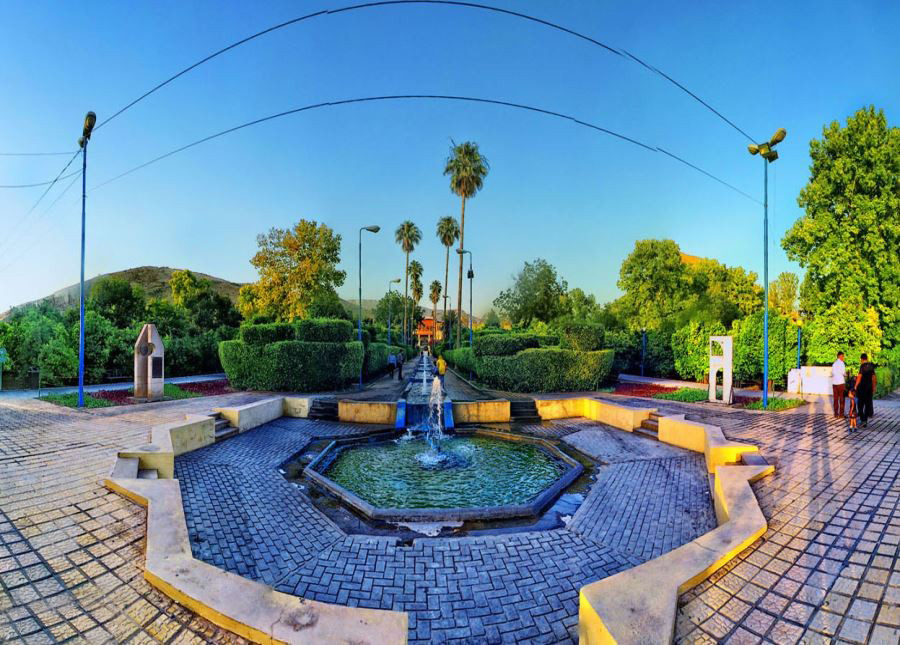 The watercourse of the Sa’di’s tomb is passing through the Delgosha garden. There is a rocky pond in opposite side of the building and a number of poems can be seen around the porch on the plaster with beautiful Iranian calligraphy called Nastaliq.

Collection of orange and sour orange trees create an eye-catching view during the first and second months of the year.

Actually, large number of white and beautiful blossoms scatter pleasant smell in the atmosphere of the garden.

This garden in owned by the municipality of Shiraz. The Delgosha garden is located exactly in northeast side of the Shiraz city and in the mountain range.

The garden is very close to the Sa’adi tomb and accordingly dear passengers can also go easily and enjoy there too in the shortest possible way.


Be sure that all travelers forget any major and minor difficulties of life and experience most enjoyable and relaxing moments on arrival.

Here can be considered as an attraction indicating combination of Eram and Jahannama gardens. Here, variety of tall trees and foundations create spectacular environment of the garden.

On the other hand, a small flowerbed called Tavoos Garden with many trees such as cypress, pine, palm and sour orange is located in north side of the garden without any mansion.

Today, this complex is welcoming large number of visitors from all over the world with a good and steady building although was ruined and even burned during different eras.

There is a precious Quran written on the deer skin left from the Seljuk period which is very interesting for dear clients. Moreover, various old coins, old maps, 50 old radios such as oil radios and etc. are on display in this attractive museum.

We strongly recommend you not to lose this rare garden and create one of your brilliant memories.

Have an enjoyable stay in Shiraz.