The garden was registered as a national property with No.774 in Iran’s cultural heritage organization in 1967 and is also among registered Iranian gardens in the UNESCO world organization. 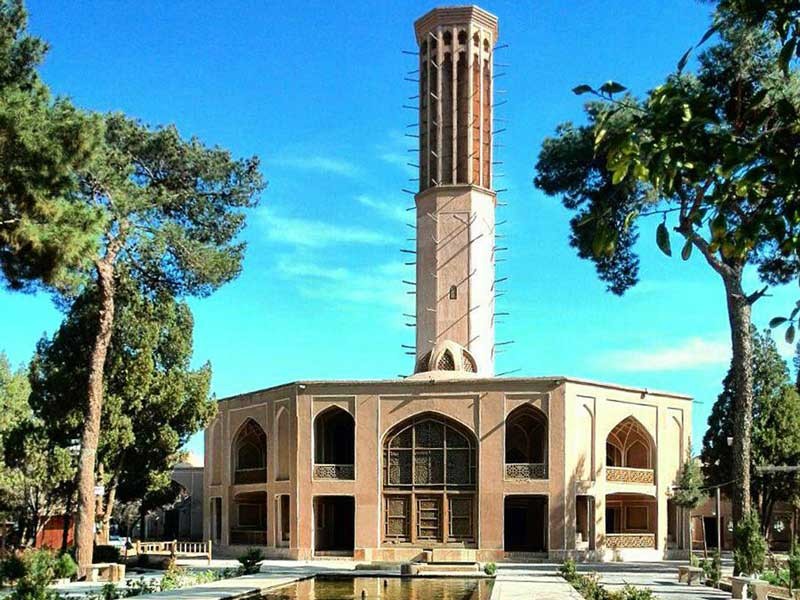 The Yazd city, formerly also known as Yezd is the capital of the Yazd province, Iran.
The city is located 270 kilometers southeast of Esfahan. At the 2011 census, the population was 529,673 and it is currently 15th largest city of Iran.

Since 2017, the historical city of Yazd is recognized as a World Heritage Site by UNESCO. The Dowlat Abad garden is known as one of the main and most famous attractions of this historical city welcoming the large number of visitors from all over the world.

The garden was built by Mohammad Taqi Khan-e Bafghi, famous for the great khan as a head of Yazd kings during the late Afshatriyeh period. 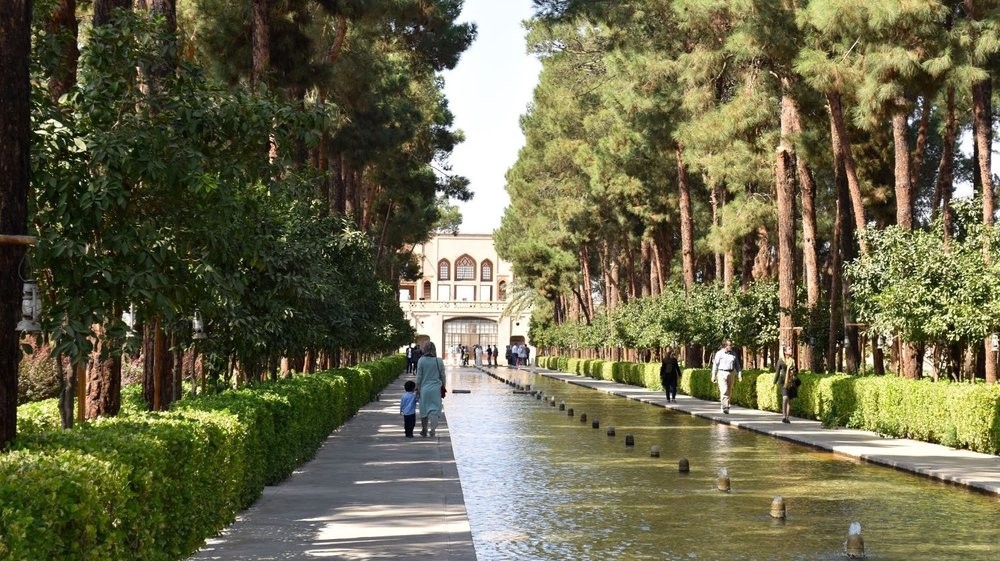 This garden was constructed in an area with about 70000 square meters space including variety of buildings ,ponds and fountains and also pomegranate and grapes trees in the space between them.
Moreover, various flowers can create most enjoyable moments for dear guests.
The historical and large aqueduct of Dowlat Abad garden was a 200 years old aqueduct formed by five small aqueducts and supported from Mahriz heights to irrigate the Dowlat Abad garden after irrigate part of Mehriz lands, operate some watermills and pass more than 50 kilometers toward the Yazd. 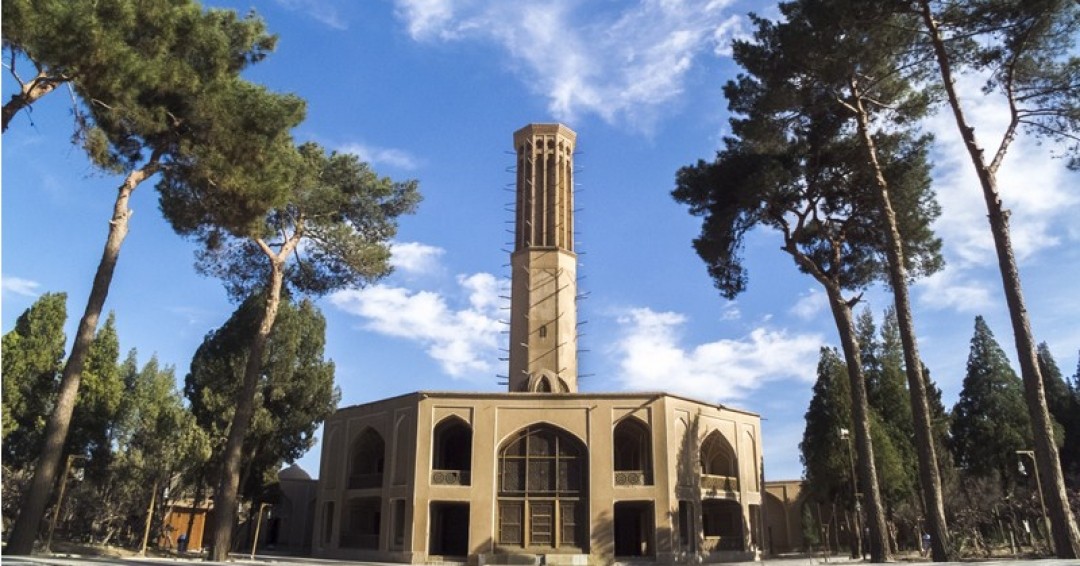 The garden is irrigated currently by a semi-deep adjacent well. The garden consists of two general internal and external parts.
The Dowlat Abad garden was dedicated for settlement and governance.
Actually, the garden was allocated to governmental formalities, sports events and city administration.
The internal section was known for private and residential part of the complex. The initial sector was usually a quite separate section in this type of gardens and a conservator was appointed to protect the area. 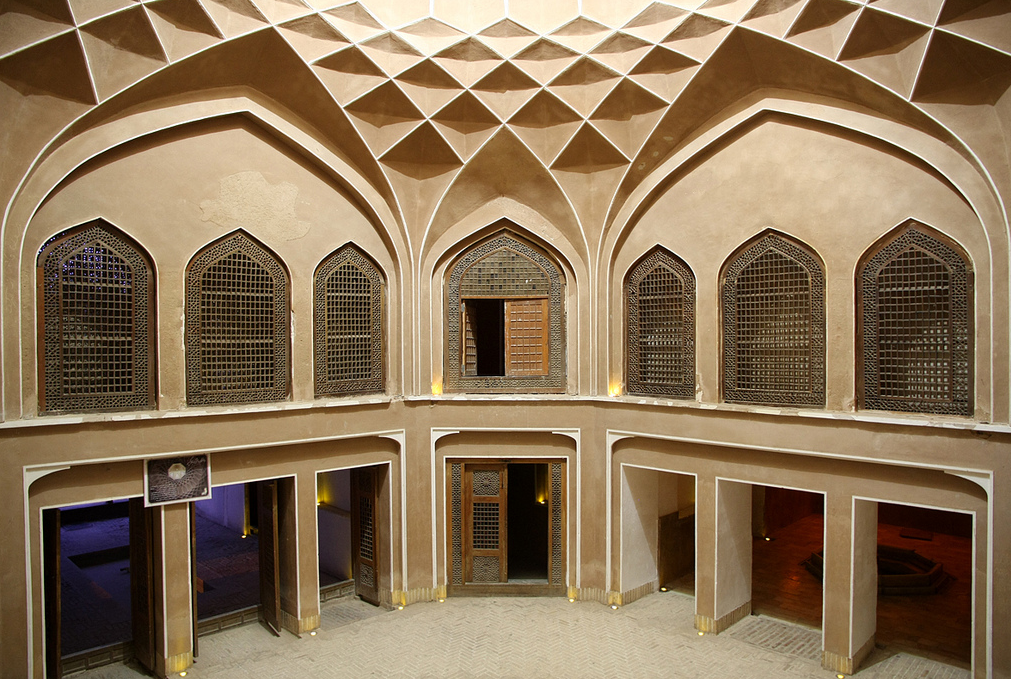 On the other hand, the mansion building of the garden named Hashti is considered as the most important section which combining the water and air flow has been formed here in the best possible way.

Actually, the cool weather is leading from the below of wind catcher toward halls via water and air combination flowing in ponds of the internal sections of the building and that’s why this monument is known as a summer building.

The Hashti building includes three places special for kings with lattice doors, wind catcher cabin etc. and the general shape of the monument is similar to an octagonal building. 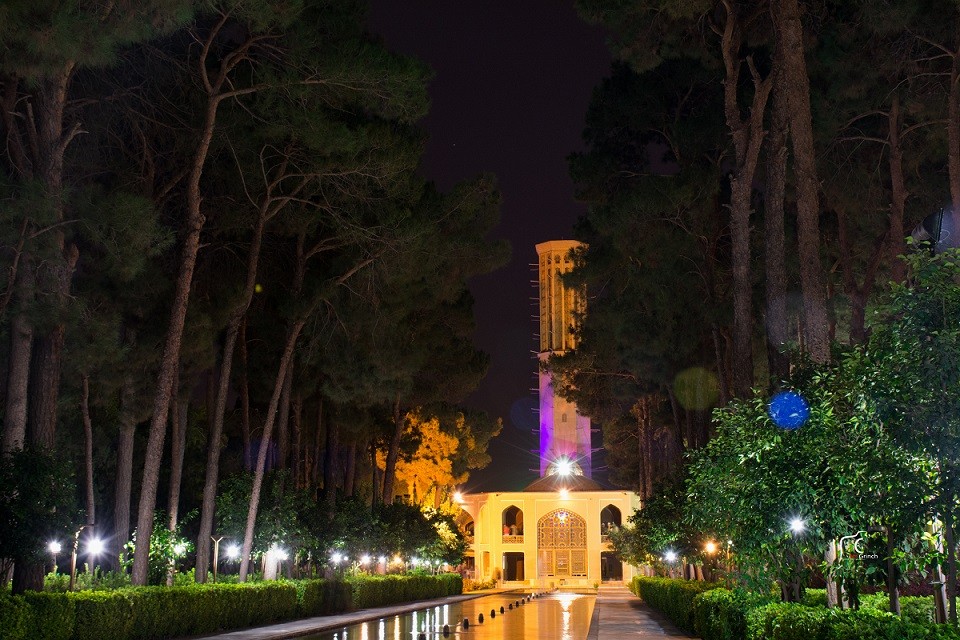 Enjoy a beautiful coffee shop located in the eye-catching environment and old building of the garden serving variety of hot and cold drinks to create happy and joyful moments for you and your companions.
It is noteworthy that the water is the first and most visible element of the Dowlat Abad garden in comparison to other Iranian gardens and is in progress in all sectors of the garden.

Here, dear visitors can see the up and down water flow in various sections due to architectural principles.
Generally, three types of water flow is visible in the Dowlat Abad garden including the observable path, the hidden path and collection of ponds and fountains. It should be mentioned that this interesting water show indicating the creative mind of the architect is not also for water flow in underlying layers of the ground and irrigate the trees but also to support the soul of the desert residents of the historical city of Yazd.
Additionally, variety of high quality materials are used to construct the building and the marble can be considered as the most visible material prepared from the Maragheh city.

There is a large and glorious building in the west side of the Hashti mansion named Tanabi mansion or hall and a square shaped wind catcher is located above it. 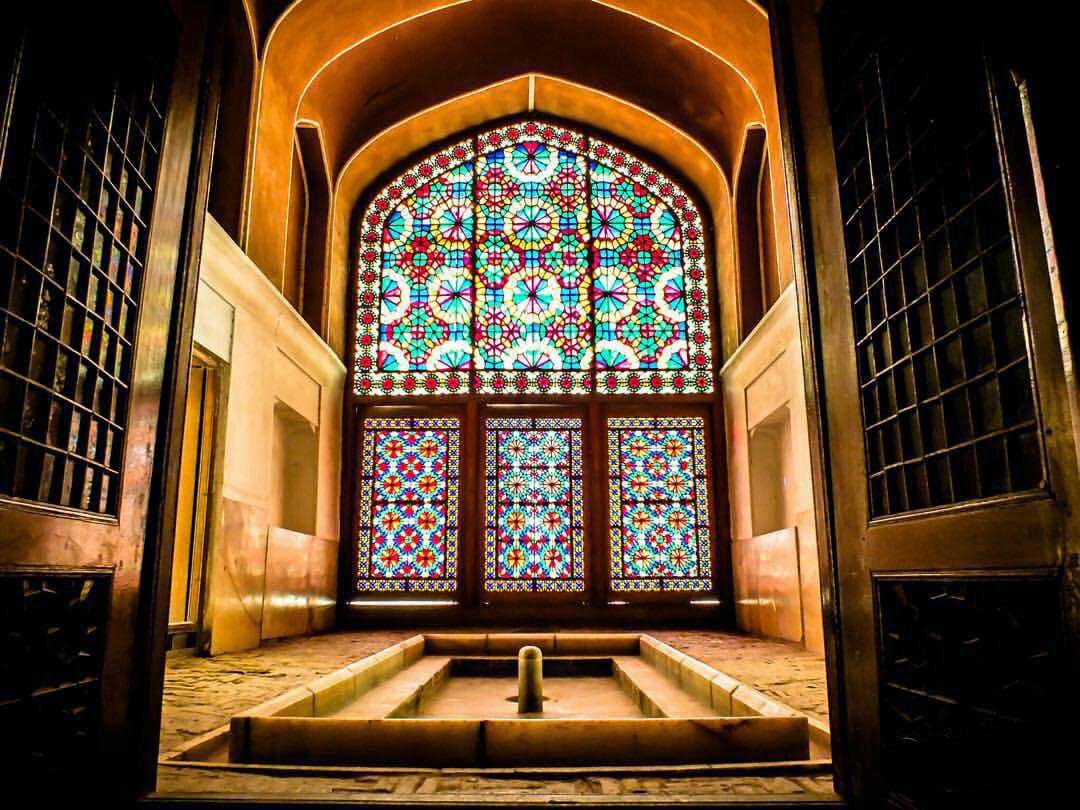 There is a deep underground below the Tanabi hall leading to the garden by two steps.
The Dowlat Abad garden is considered as a brilliant historical attraction in architecture and technology indicating an important stage of human history.

We strongly recommend you not to lose this amazing attraction and create most memorable moments for you and your companion.
Have a nice stay in the Yazd city.