tomb of babataher in hamadan

Baba Tahir or Baba Taher Oryan-e Hamadani was an 11th century Iranian poet. His poems are written in the Hamadani dialect of the Persian language.
The tomb of Baba Taher is related to the contemporary era and located in the Hamadan, Baba Taher square.
This beautiful attraction was registered as a national property with No.1870 in the Iran’s cultural heritage organization.

The Baba Taher is known as one of the great mystics and poets of his era living about the late forth century and the early fifth century.
He spent most of his life in poverty.
He is one of the most famous couplet poets which his exciting couplets with interesting dialect of Hamadan are still very attractive and unforgettable, despite the passage of long time.

There are also other literature except variety of couplets by Baba Taher such as two literary pieces, Arabic aphorisms etc. Here, dear visitors enjoy 24couples carved on the 24beautiful stone pieces in the internal environment of the tomb installed in the lower part around the inner enclosure. 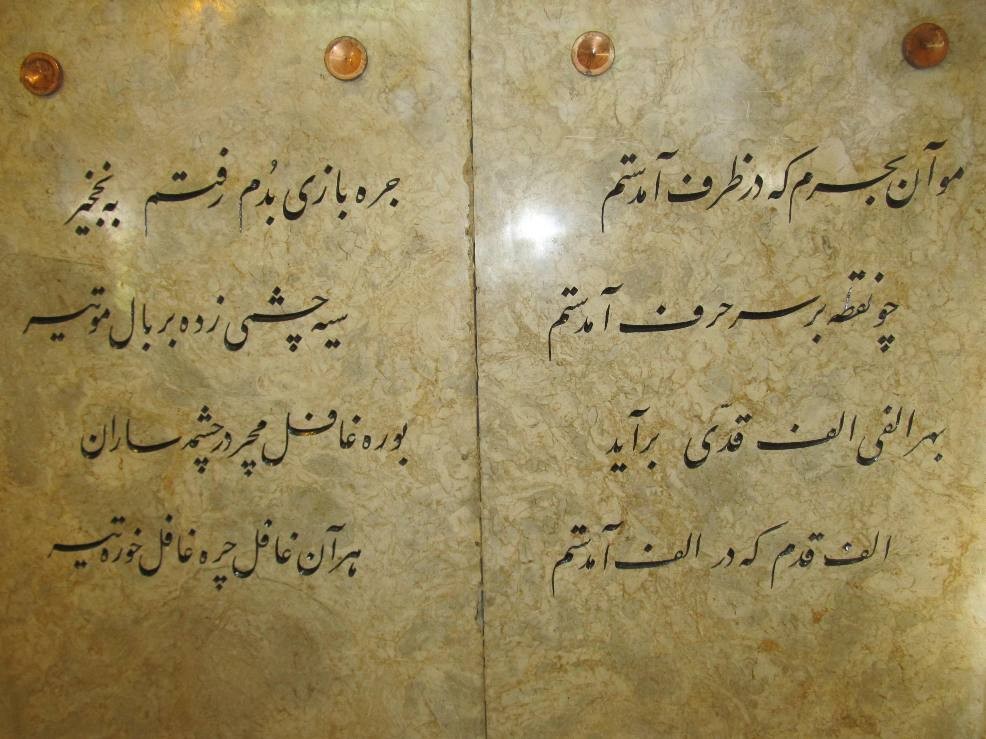 The tomb of Baba Taher is located in a rectangular and beautiful square consists of a cyan dome located exactly in an octagonal base above the low hill.

The dates of his birth and death are unknown. One source indicates that he died in 1019. If this is accurate, it would make Baba Taher a contemporary of Ferdowsi and Avicenna.
Another source reports that he lived between 1000 and 1055 which is improbable.
It is noteworthy that octagonal pillars of the tower, grave stone, floor and stairs of the tomb are constructed by granite. 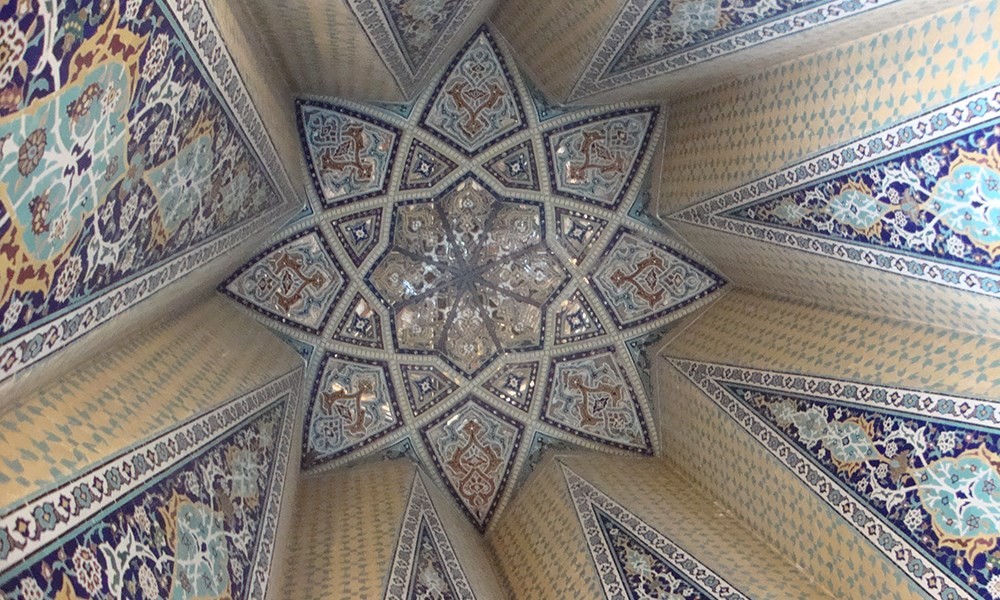 The appearance and floor of monument of the Baba Tahir tomb are built via stone and there are inscriptions made of tile inside it.
The monument of tomb and grave stone were constructed in an area with about 8965 square meters.
The quatrains of Baba Taher have a more amorous and mystical connotation rather than philosophical.
The tomb of Baba Taher located above the hill in the northeast of Hamadan was destroyed and renovated many times during different centuries. 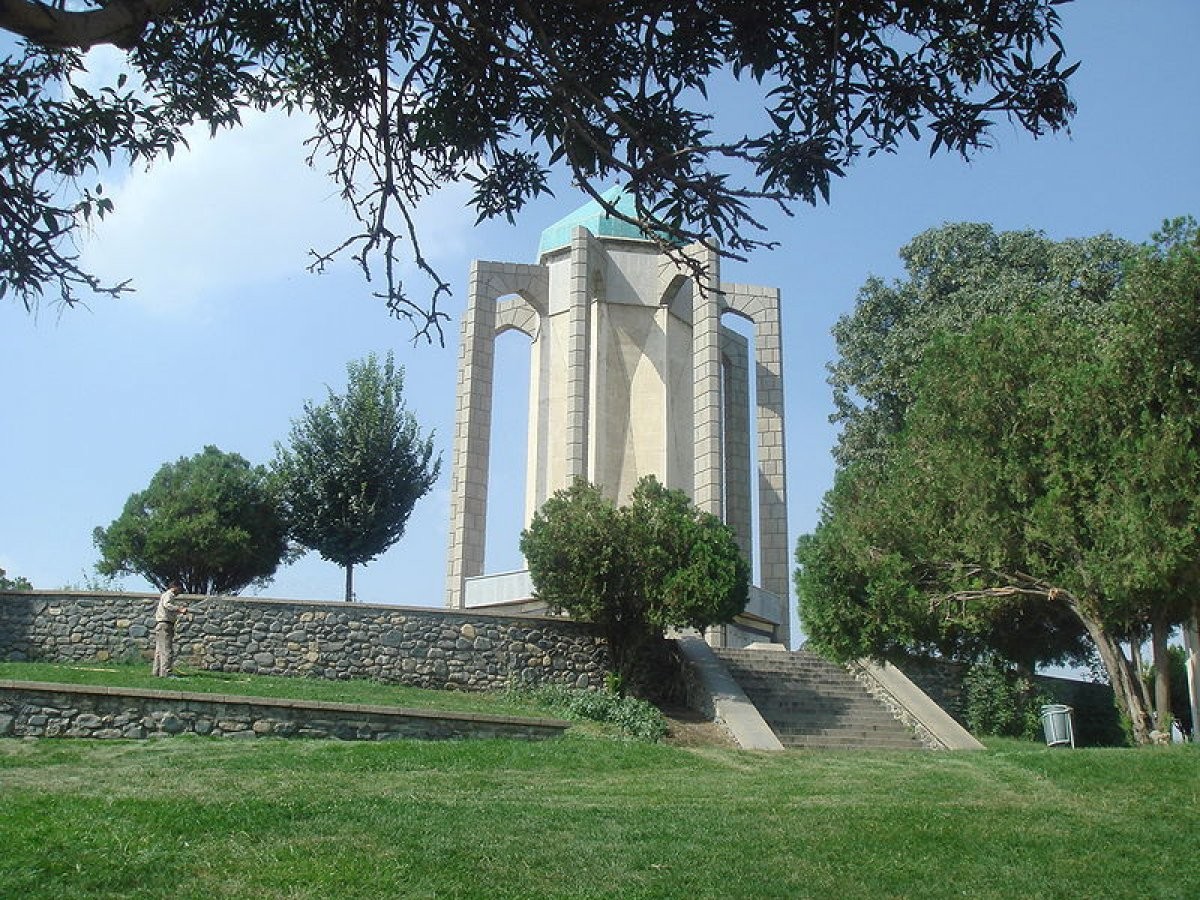 The main tomb of the Baba Tahir refers to the Seljuk era and a brick octagonal tower was built above the grave which was destroyed over time.
Later, a new brick building instead of the old one was built via the Hamadan municipality during the first Pahlavi period.
An old tile related to the 7th century was discovered during this restoration which is protected currently in the ancient museum of Iran.
Several Quran verses with highlight Kufi handwriting are written on this cyan tile.

Eventually, the new and present construction of the tomb was launched by efforts of the national art association and Hamadan municipality designed by one of the most prominent architectures, Mohsen Foroughi.
The new tomb is considered as a glorious masterpiece indicating the new era architecture and the main design was created through combination of 7th, 8th and current architecture.
Moreover, two brass slabs are installed in the internal environment. One includes names of the founding members of the national art association and another consists of names of famous characters buried next to the Baba Taher.

On the other hand, at the time when Baba Taher lived in the 10th century there were many changes occurring in the development and growth of literature and art.
Medieval artists and poets in Persia were considerably respected and valued and had the right to state their beliefs freely.
In addition, the couplets of the Baba Taher have often put to music during the last two decades.
There is another tomb of Baba Taher in the Khorram Abad city related to this poet but the identity of mentioned tomb is not clear yet. 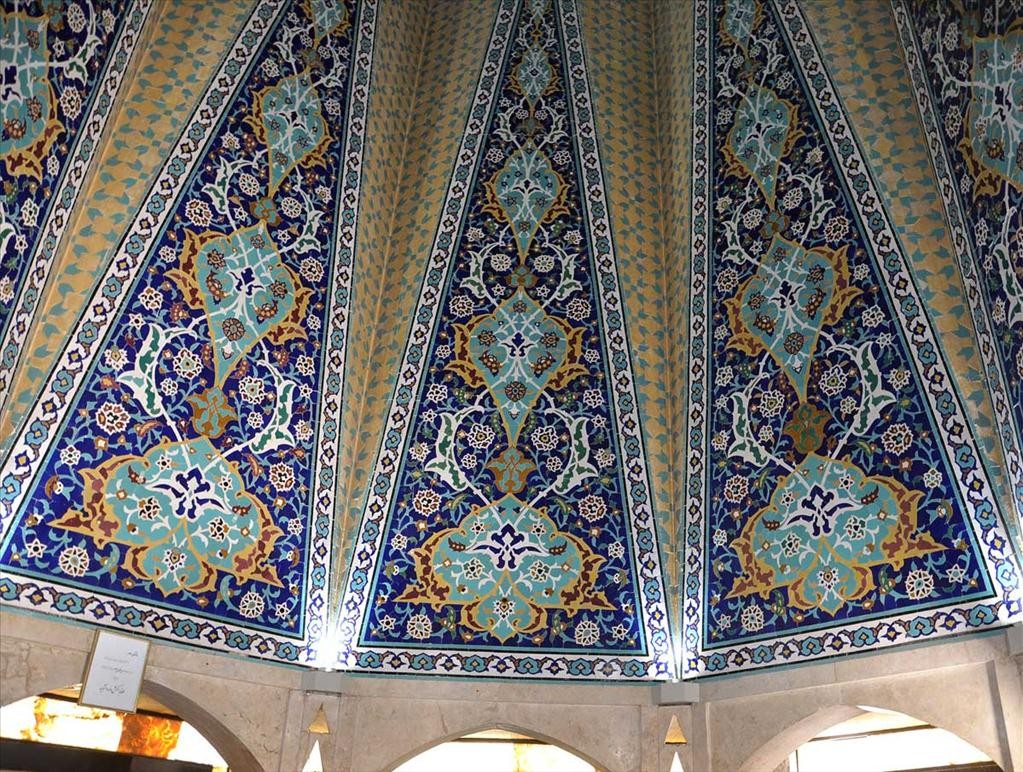 The Baba Taher was known by the name of Baba Taher-e Oryan(the naked) which suggests that he may have been a wandering dervish.
Legend tells that the poet, an uneducated woodcutter, attended talks at a religious school, where he was not welcomed by his classmates.
We can assure those who are interested in literature will experience most enjoyable moments in this beautiful attraction.
Hope to have nice moments in the historical Hamadan city of Iran.