Ganjnameh inscriptions refer to the Darius the Great and Xerxes the Great. These ancient inscriptions are located in 5 km south-west of Hamadan on the side of Alvand mountain and end of Abbas Abad valley in Iran. 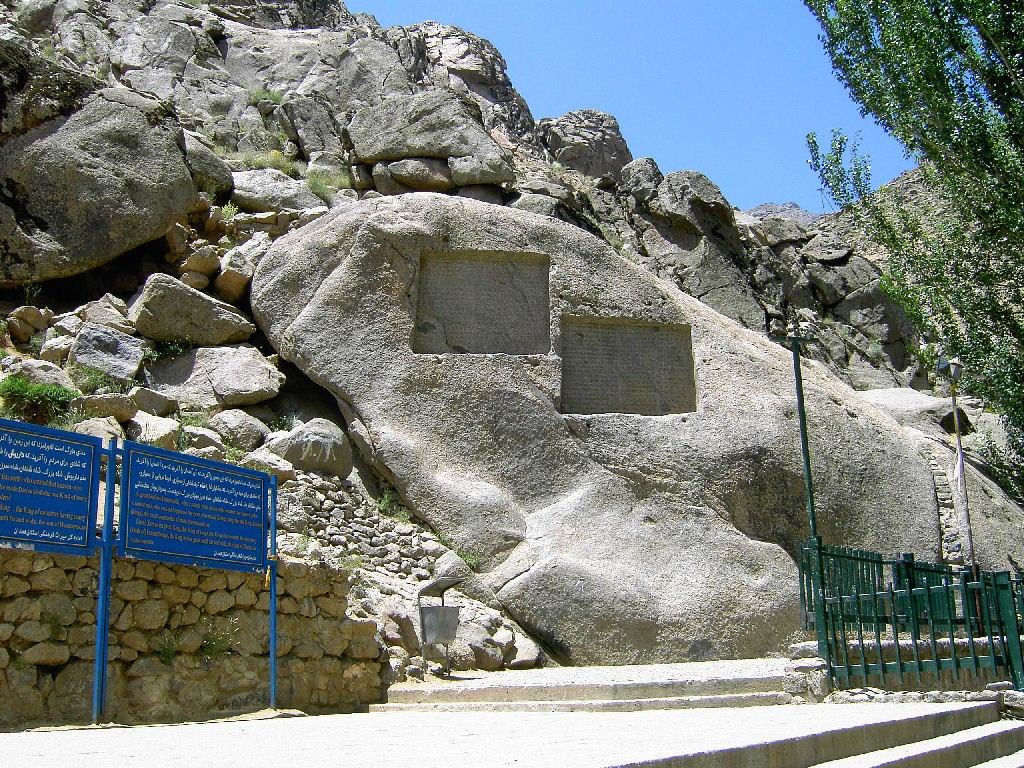 The inscriptions start with praise of the Zoroastrian God (Ahura Mazda) and then describe the background of kings. Due to the inability of subsequent generations to read the Cuneiform alphabets, they assumed that inscriptions contained the guide to an uncovered treasury and that’s why they named it Ganjnameh. This name literally means “treasure epistle”.
On the other hand, it has also been called Jangnameh which literally means “war epistle”.

These inscriptions are located exactly in a road which connects Hamadan city to the east side of the country. This road was also existed in the Achaemenid era where Darius and Xerxes accompanied by their troops and retinue crossed it.

This route was among crowded and secure roads of the ancient era. It was connected the Hegmataneh (ancient capital of Achaemenid) to the Babylon. In other words, this route was one of the main ancient ways during the Achaemenid period. It seems that aforementioned kings considered here as a great path to demonstrate their beliefs, ideas and also greatness and majesty of their background via attractive inscriptions.

Today, the Ganjnameh tourist resort is known as first touristy area which came into operation in 1999. Actually, this attraction is welcoming large number of visitors from all over the world from 16 years ago as largest tourist resort in west side of the Country. This great project was an important change in Iran tourist industry which offers collection of enjoyable and unforgettable services including recreational, sports, educational and accommodation facilities.

Nowadays, the Ganjnameh tourist complex can be considered as one of the most famous attractions of Iran and even Middle East. Here is honored to membership in global tourism organization (UNWTO).

Here, dear visitors will experience recreation and stay in the pristine Alvand mountain.
In addition, Ganjnameh cable car will create an exciting journey toward the heart of the Alvand mountain. This cable car was built based on high level of safety standards and offers dreamy moments with most safe cable car of Iran. The structure of Ganjnameh cable car is one of the unique structures in the west of Iran with length of 3400 meters back and forth and height of max. 2800 meters from the sea level. It is noteworthy that here is known as only cable car of Iran having ups and downs on the way and also is the most safe structure due to having double check system.
Moreover, dear clients enjoy highest level of height in the middle of way which creates amazing landscape of the Alvand mountain and Hamadan city.

The aquarium cave as another extraordinary section of the resort combines two rock and water elements together.
Actually, you will cross the rocky and relaxing tunnel in the deep sea waters. This aquarium is known as first and largest glass aquarium with capacity of 85000 liters of water. 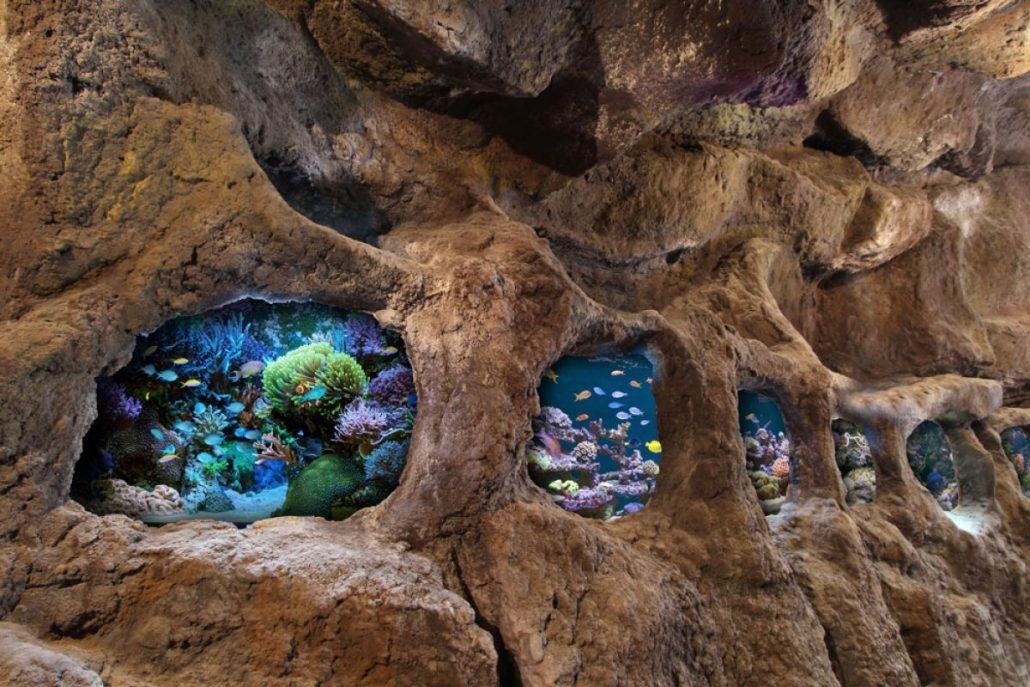 Ganjnameh waterfall is also very interesting and eye-catching for many visitors. Actually, pleasant sound of water accompanied by excellent climate will create sweet and calm moments for any person.

Additionally, variety of other facilities such as beautiful restaurants, accommodation units, amusement park and etc. are ready to serve you in the best possible way.

At the end, we mention to the translation of part of ancient inscription of Ganjnameh, attributed to Xerxes:
"The Great God Ahuramazda, greatest of all the gods, who created the earth and the sky and the people; who made Xerxes king, and outstanding king as outstanding ruler among innumerable rulers; I the great king Xerxes, king of kings, king of lands with numerous inhabitants, king of this vast kingdom with far-away territories, son of the Achaemenid monarch Darius." 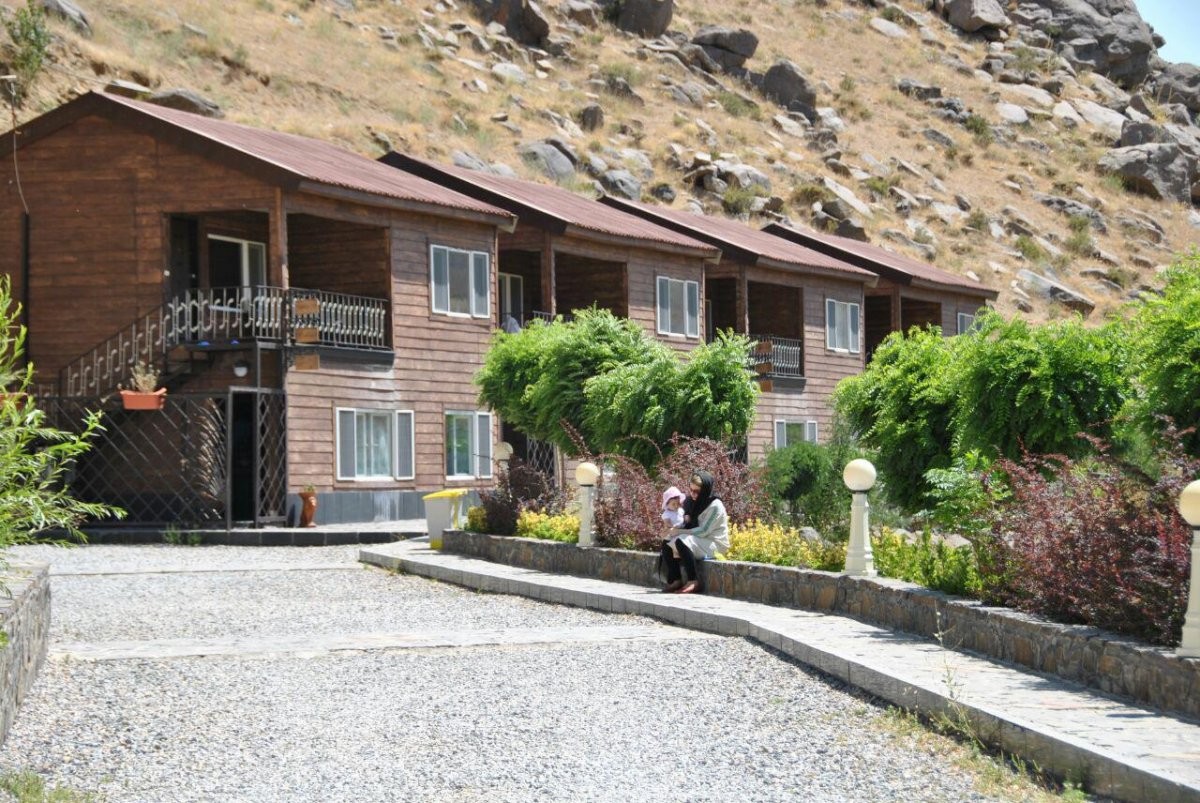 We strongly recommend you not to lose this amazing attraction of the Hamadan city of Iran.
Hope to have most enjoyable moments.