The Azadi tower, formerly known as the Shahyad tower is a monument located at the Azadi square in Tehran, Iran.
It can be claimed that the Azadi tower is one of the main symbols of the Tehran city and Iran is usually known by this symbol all over the world.
This tower was designed by an Iranian architect named Hossain Amanat in 1970.
The tower indicates the combination of Achaemenid, Sasanian and Islamic architectural styles and the area below the tower consists of several galleries, libraries and museums. The construction of the tower was launched in 1979 and finally came into operation with name of Shahyad after 28 month of effort in 1971.
The Mohammad Reza Shah-e Pahlavi and his wife (Farah) attended the opening ceremony of the tower and unveiled the Cyrus the Great human rights charter for the first time.
Variety of communities and meetings were held in this area during the Islamic revolution of Iran and the welcome ceremony of Imam Khomeini returning from Paris to Tehran was also done in this square after victory of the revolution and the name was turned to the Azadi (freedom) tower.
The tower consists of 3 stories, 4 elevators, 2 staircases and 286 steps. 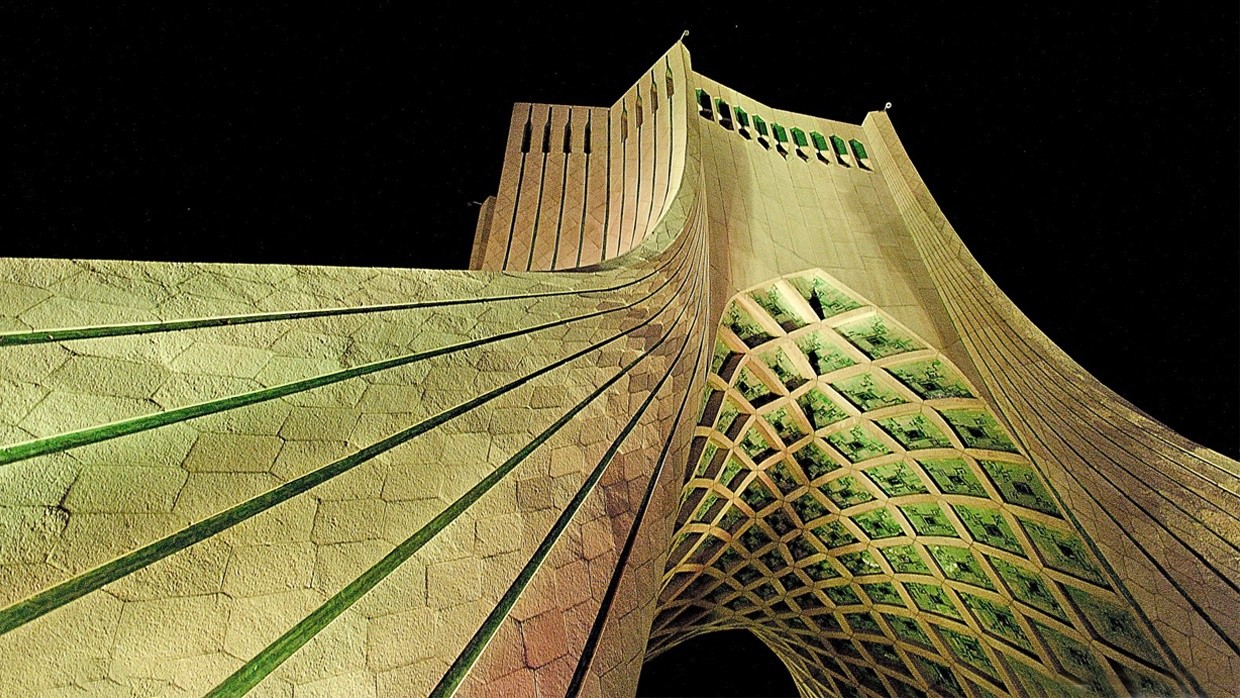 There are library, museum, gallery and other workable sections in the environment below of the tower.
The tower was constructed with a length of 63 meters and height of 45 meters from the ground.
It is said that more than 46 thousand pieces of stones are used to build this beautiful tower.
The main architect of the tower (Hossain Amanat), believes that this monument is indicating brilliant pasts of history of Iran that was pioneer in literature, architecture, handicrafts, various sciences and other fields. 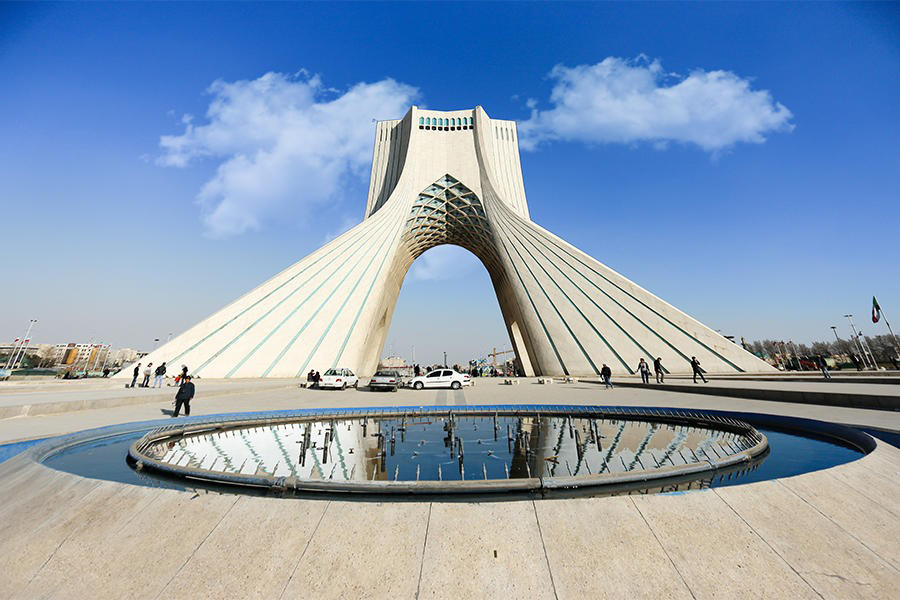 In this monument, the main arc located in middle of the tower can be considered as symbol of the Kasra Arc of the Sasanian era and pre-Islamic period and the arc above it was built inspired by the era after Islam.
It is noteworthy that the techniques of the dome building are very interesting in Iran and dear visitors can see a new thing in each mosque.
Some parts of the tower were constructed inspired by these techniques. The tower includes stones in the lower part of the tower with a length of 2 and 3 meters and height of 1.6 meters prepared by a group of professional stonemasons.

These stones are connected to each other via concrete and stainless irons.
On the other hand, the interior of the tower includes variety of paintings showing combination of tradition and modernity especially in ceiling of the second floor.
Moreover, Mr. Hossain Amanat believes that the environment of the square including flowerbeds, pictures etc. are designed inspired by internal design of dome of the Sheikh Lutfollah mosque of Isfahan.
In addition, all fountains located around the tower are also built inspired by Iranian gardens. The Azadi museum is located on the basement floor. Inside the floor, there are black austere walls and proportions, and a concrete mesh forms the ceiling. 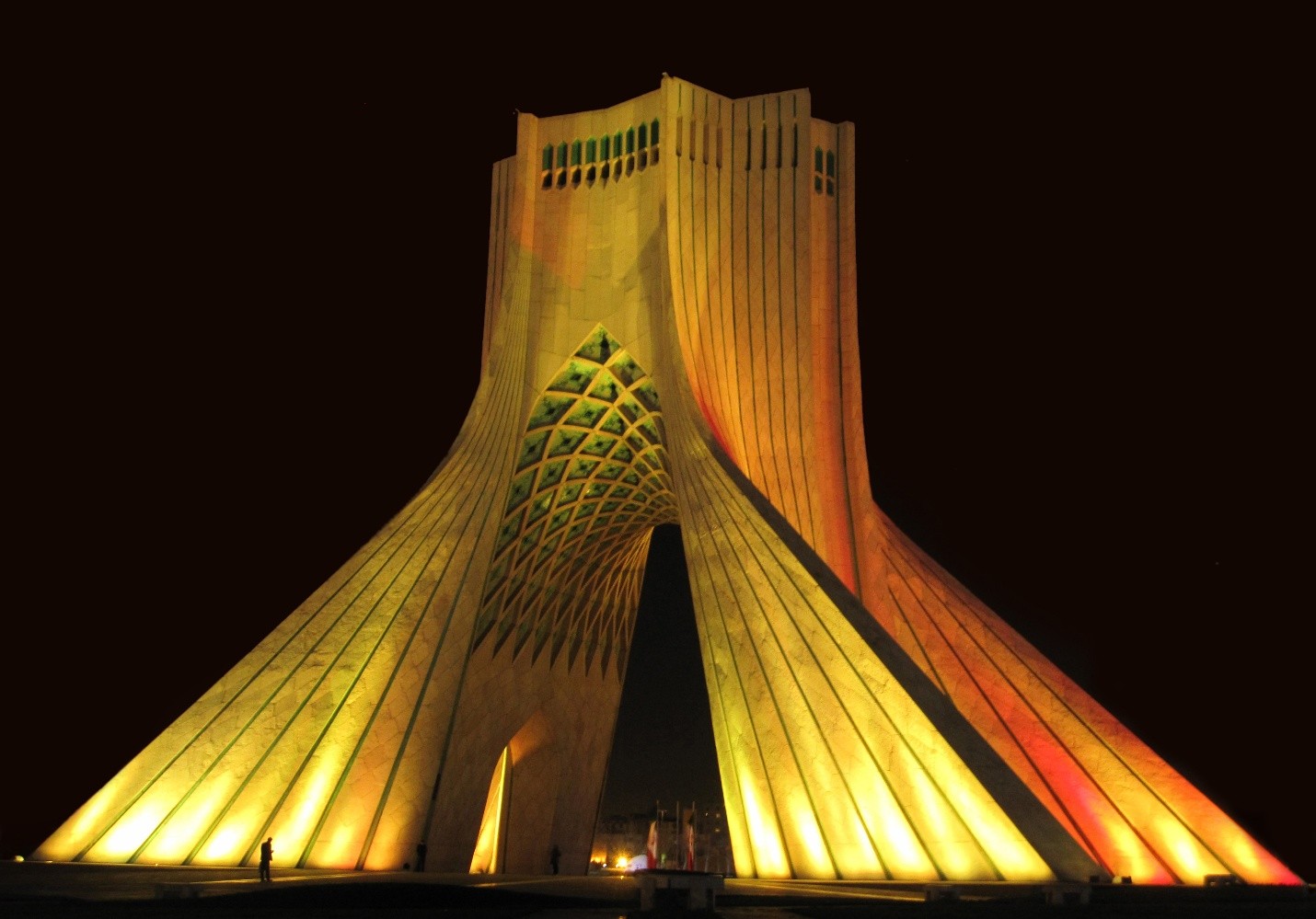 Heavy doors open on to a crypt with subdued lighting issuing from showcases, each containing an object.
The museum houses a number of gold and enamel pieces, painted pottery, marble and paintings. Approximately fifty pieces have been selected, each representing a particular period in Iran’s history.
Among the earliest items on display were square flagstones, gold sheeting and terracotta from Susa covered with cuneiform characters. 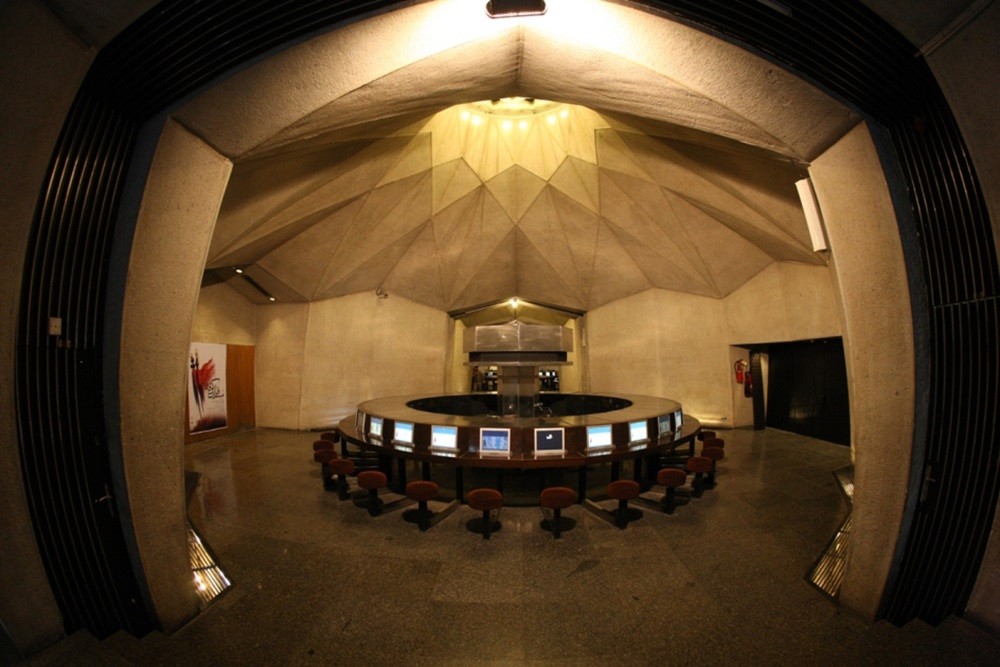 This tower was registered as a national property in Iran’s cultural heritage organization. Unfortunately, the view of the tower has been altered by constructing a mosque in northeast of the square.
Built in 1971 in commemoration of the 2500 the year of the imperial state of Iran, this “gateway into Tehran” was named the Shahyad in honor of Shah Mohammad Reza Pahlavi, but was renamed Azadi (freedom) following the 1979 revolution.
We strongly recommend you not to lose here as one of the main and beautiful symbols of Iran and create a series of unforgettable memories for yourselves.
Have a nice and enjoyable stay in the capital, Tehran.