The Karimkhani citadel(Arg of Karimkhan) is located in center of the city. The citadel was built during the Zandiyeh dynasty and named as the Karimkhani Arg, after choosing the Shiraz as capital by Karimkhan-e Zand.

Today, this large and great monument is under supervision of Islamic republic of Iran’s culture heritage organization. It is noteworthy that renovation and restoration of the monument was launched from several years ago in order to use as great museum of Fars.

Arg-e Karimkhan was built in 1766-7. Actually, large number of best architects and professional designers of the time were invited by Karimkhan to construct the citadel in the best possible way. On the other hand, best high-quality and high-strength materials from other cities and out of the country were operated to build the castle that was quickly finished.

The Castle was operated as location of the government in the Zandiyeh period and as residence of local governors in the Qajar era.

Some years later, one of the governors of the Fars called Abdolhossain Mirza Farmanrava ordered to renovate the miniatures painted in this monument. Actually, the castle was converted into a prison after the fall of the Qajar dynasty  and the paintings were plastered over.

Here, combination of residential and military architecture can be seen which is very interesting for large number of travelers from all over the world.

Moreover, the interior parts of the castle is full of painted rooms and porches, fountains and flowerbeds which create unique atmosphere for you and your companions. 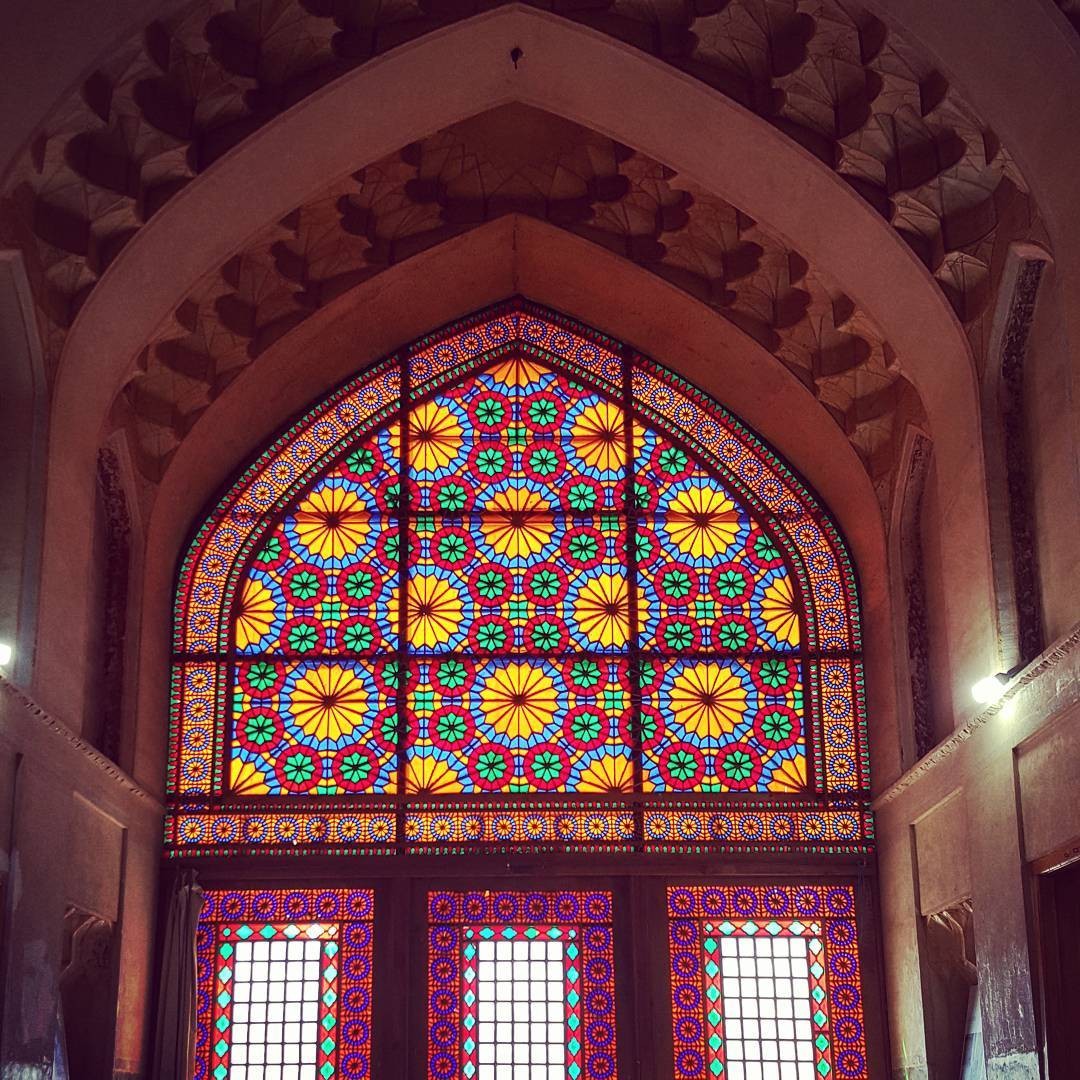 In addition, all north, south and west sides of the citadel include one porch and six residential rooms in both sides. The east side contains a private bath and some service facilities. The towers were built by bricks with height of 14meters.

Due to one of the crooked towers of this citadel like the Pizza tower, large number of passengers were interested in visit here. In other words, the crooked tower was considered as a touristy attraction itself.

The exterior appearance of the castle which is covered by bricks and walls with height of 12meters will attract your attention.

There are very suitable parapets on the edges of the wall in order to scout and shoot during the war time. 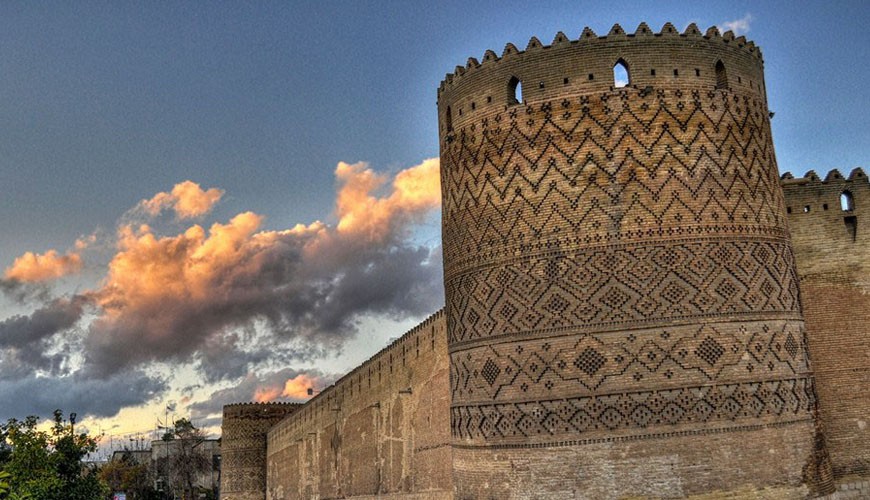 Additionally, there are no very embellishments in interior environment of the citadel and only some decorations are visible in interior surroundings of rooms.
It should be mentioned that major used materials are bricks and stone and only marble imported from Tabriz city can be seen.

All towers were constructed in four corners of the castle and each tower contains three separate floors including rotational stairs. There are two rooms in each story, one room to rest the guards and another to keep and protect the weapons.
All rooms are connected to each other and people can come and go without any need to coming out of the room. Moreover, the entrance of rooms are exactly located in opposite side of each other and only a corridor can be seen between rooms.

The small rooms located above the corridors (four rooms in each side), are decorated with similar embellishments. The bath of the castle is considered among first private baths constructed in this interesting style and was used to bathing the royal family.

The water of the complex was supported by a traditional aqueduct which was famous for Rokn Abad Qanat. This water was considered as best water of Shiraz due to having mineral salts.
Unfortunately, nowadays this water supply system can no longer be used because of ruin the aqueduct. 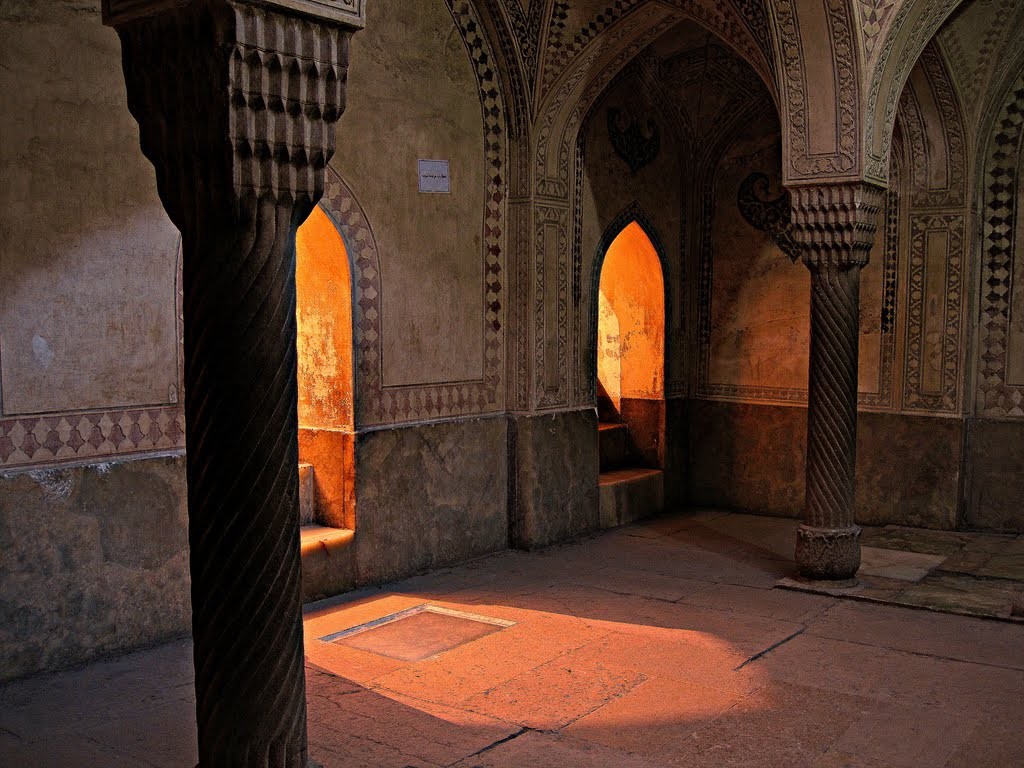 Moreover, the pond of the citadel was built by similar beautiful stones accompanied by fountains. Its stones are of calcareous kind and famous for Atabak. It is noteworthy that this kind of pond is very resistant against the water. The north and south ponds have a waterway along them which leads to a stone cube shaped pit at the end.

Today, this complex is used as a historical and spectacular destination which attracts large number of visitors from all over the world.

We strongly recommend you not to lose here as one of the important and interesting attractions of the Iran. Hope to see you soon.