The Afif Abad garden or Golshan garden is one of the historical areas of the Shiraz.
This garden is located in the Afif Abad street of Shiraz and is under supervision and management of the Islamic Republic of Iran Army at the moment.
The garden includes one of the largest weapon museums of the Middle East which attracts a large number of visitors from all over the world. 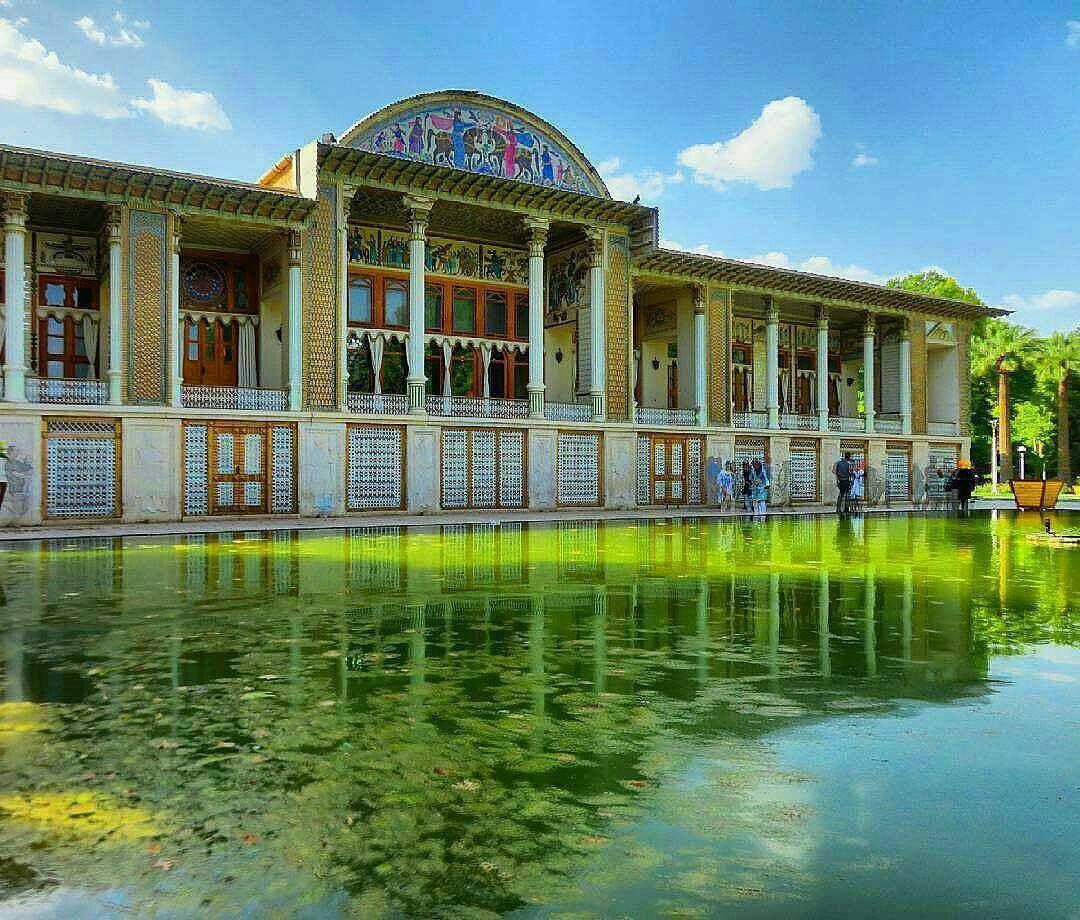 The Afif Abad garden can be considered as a complete sample indicating floriculture art of Iranians.

The complex consists of a royal palace, museum of old weapons and a Persian garden, all open to the public.
This complex was registered as a national property with No.913 in Iran’s cultural heritage organization in 1972.
The Afif Abad garden is known as one of the most beautiful historical garden of Shiraz which was constructed in an area with about 127000 square meters. 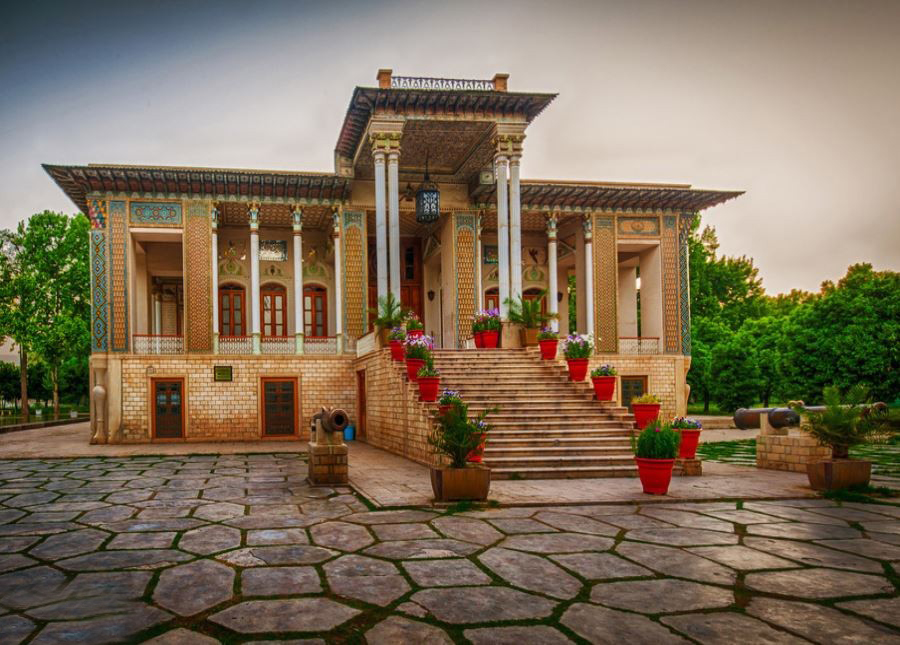 Here was among the important gardens and promenades for kings of the Safavid era. The current main building was constructed by Mirza Ali Mohammad Khan Qavam II in 1863.
He bought a nearby aqueduct to water his garden. After his death, the garden was eventually inherited by his niece, Afife; thus being called “Afif-Abad”.
In 1962, it was restored by the army. It now functions as a weapons museum.
This garden was used by the kings of the Safavid period and was renovated during the Qajar era and some beauties such as trees, flowers and a beautiful mansion were added. 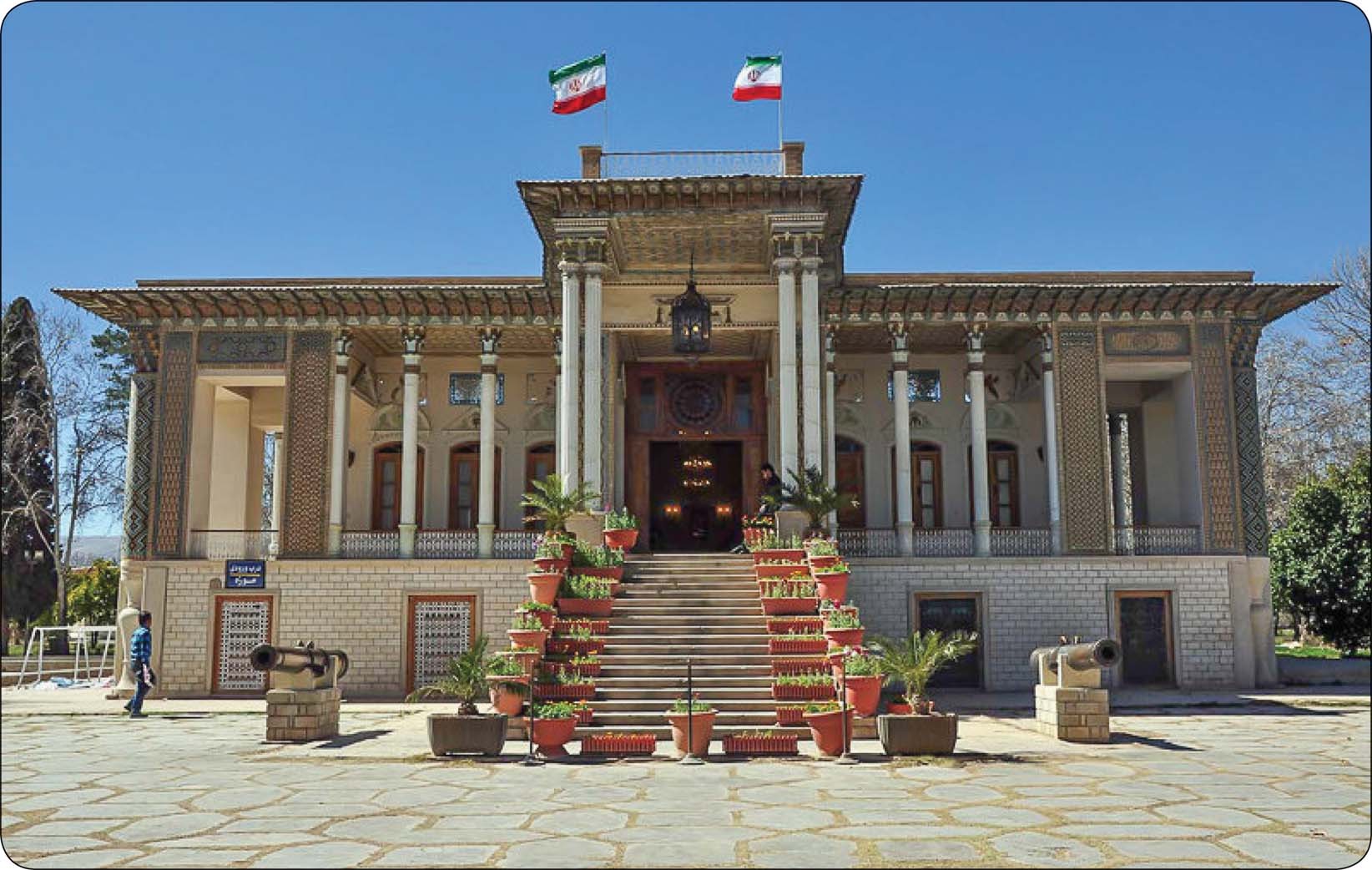 It is noteworthy that the heirs of the garden gave here to the Farah-e Pahlavi (Mohammad Reza Shah’s wife) as a gift during the Pahlavi era.
The Islamic republic of Iran army bought the garden in 1961 and finally was turned to the second military museum of the country after the Islamic revolution of Iran and by efforts of the army at the same time as the army day in 1991.
The garden is among the oldest gardens of the Shiraz and therefore indicates its longtime simplicity.
The entrance of the garden includes four simple plaster pillars that its heads are designed inspired by pillars of the Takht-e Jamshid or Persepolis complex. 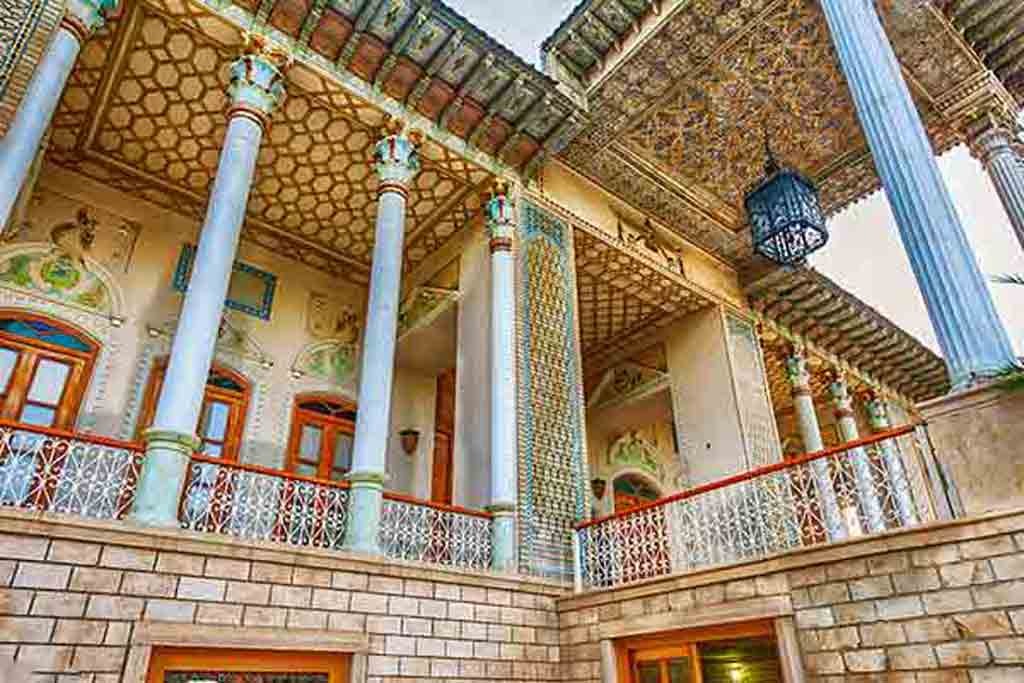 There are two lion sculptures above the entrance of the garden as if are holding the door among their paws.
You will enter the new environment after pass the door and a corridor which joints the door to the interesting atmosphere of the garden.
The building of the garden consists of two stories including about 30 rooms and halls.
On the other hand, there are two traditional heaters made by marble in the south and north sides of the hall. 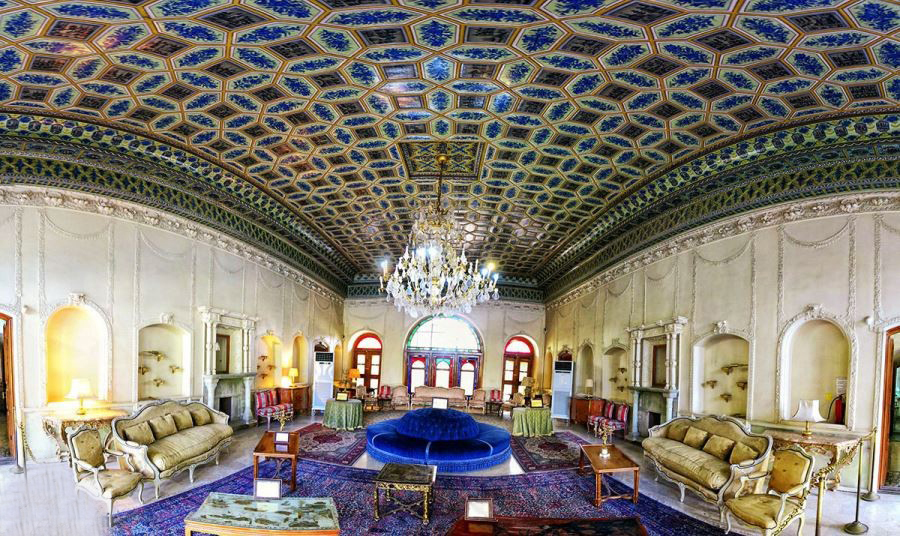 The floor below has been turned to the military museum and a beautiful fountain was built in and variety of colored windows are shining in the west side.
This story includes a long corridor including many adjoining rooms. In addition, there is a large and glorious hall at the center of this floor.
The ceiling of the hall is made of wood and embellished by images of flowers, plants, hunting grounds etc.
The entrance of the building is decorated by image of coronation of one of the Sasanian kings. The main entrance of the building is located in the north leading to an indoor hall by a beautiful pathway made by stone steps.

The east façade of the mansion consists of a beautiful and large porch which is visible along all length of the building.
The west façade is very simple. The south porch is similar to the northern porch. There is also a large pool in front of the building that the main way to the garden begins from the front of the pool.
It can be mentioned that architecture of this garden indicates the combination of Achaemenid, Sasanian and Qajar architectural features.
Additionally, the bath is another building of the garden located in west side and behind the wall. This traditional bath consists of a minaret on the roof and two hot and cool water pools inside.
On the other hand, there is a traditional teahouse including 6 chambers in right side of the building. The sour orange tree and a small pond in the yard have been created a pleasant atmosphere for dear guests.
We strongly recommend you not to lose here as a very attractive and spectacular attraction of Iran and create a series of unforgettable and enjoyable photos and memories.
Hope to have a nice stay in the Shiraz city of Iran.