The Cehel Sotoun palace in an interesting pavilion located in the old Qazvin city.
This monument is considered as only building left from royal palaces of days of the Shah Tahmasb.
The mansion is located exactly in downtown of the Qazvin and Azadi square. 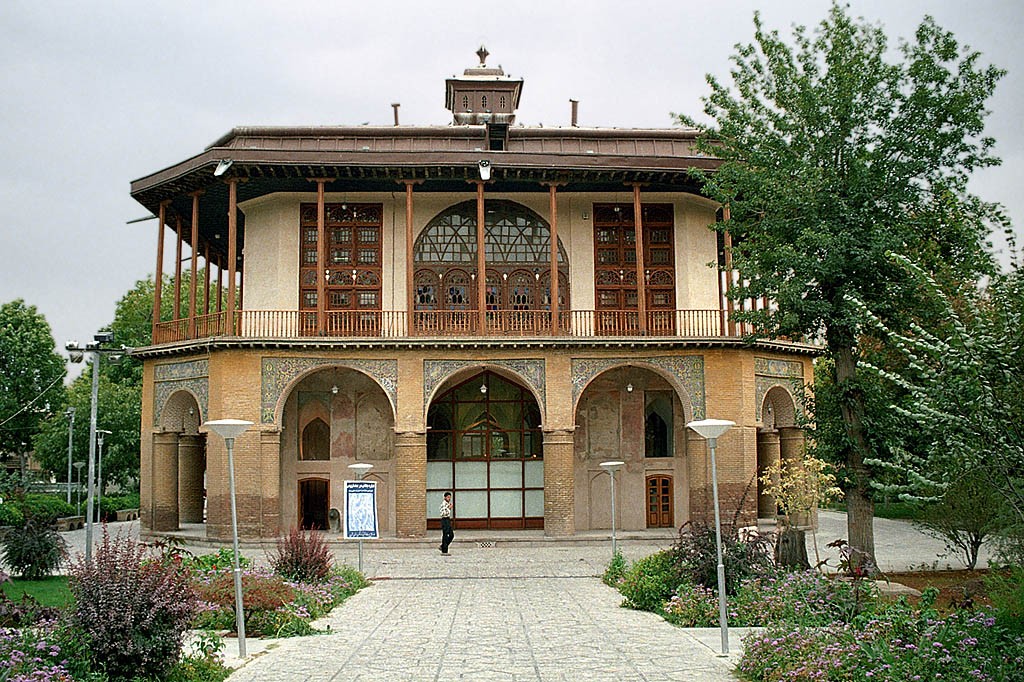 The Shah Tahmasb of the Safavid era changed and transferred the capital from Tabriz to the Qazvin due to the treat of Ottoman Turks and then bought some grounds called Zangi Abad from one of the city’s trusted and famous characters to build a royal building.

The Shah Tahmasb ordered to professional architects of the country to construct a square shaped garden and also excellent mansions, a hall, porches and beautiful polls in the middle of it.

The Shah Tahmasb constructed the building according to design of a Turkish architect with a very small checkered style indicating very beautiful and attractive wooden windows. 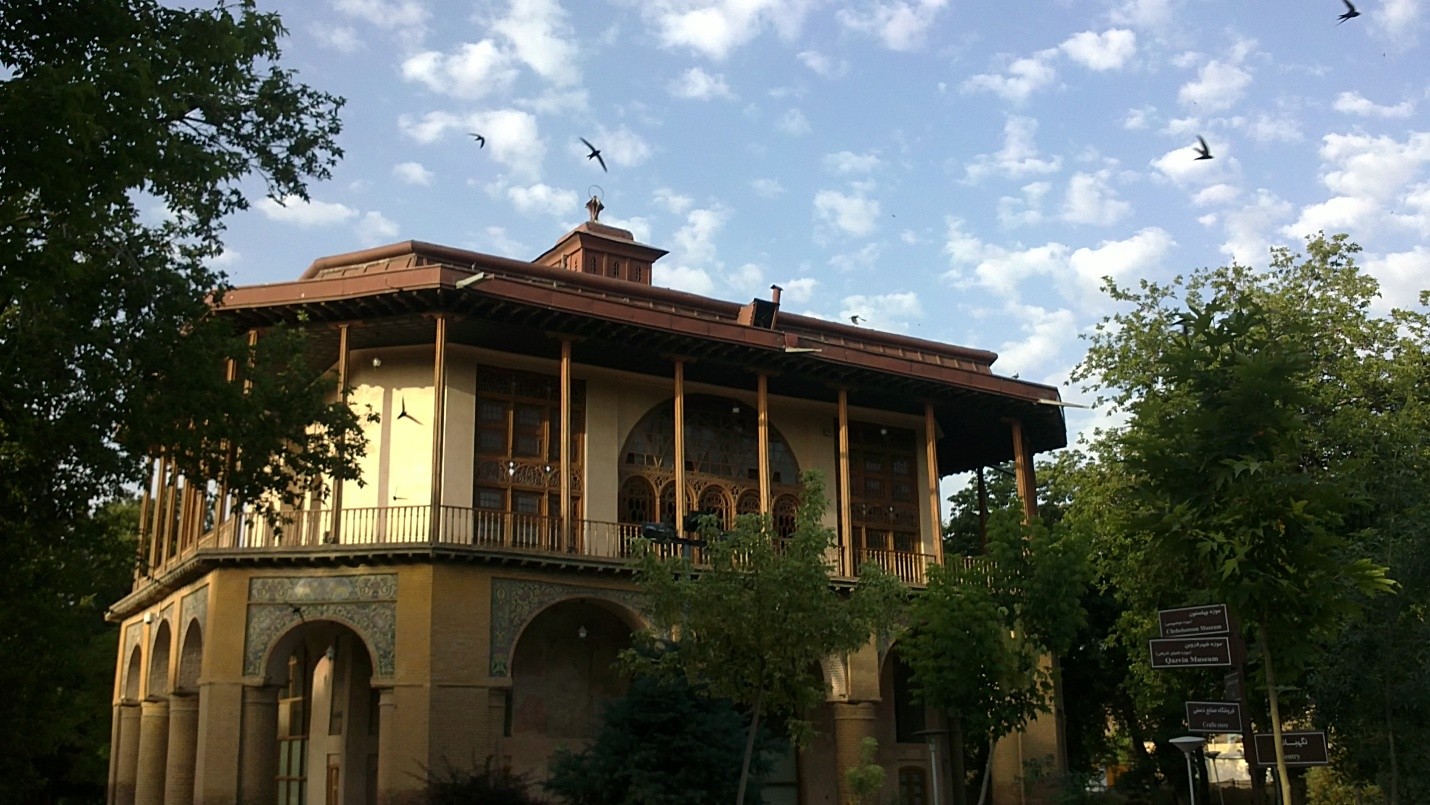 It is noteworthy that the Chehel Sotoun palace of Qazvin and Ali Qapu entrance in Isfahan city are the only monuments left from the gardens of the Safavid era.

This building was renovated by the governor of time in Qazvin called Mohammad Baqer Sa’ad-o Saltaneh and named here as Chehel Sotoun.

The Chehel Sotoun construction is an octagonal building with two stories which was built in an area with about 500 square meters space. 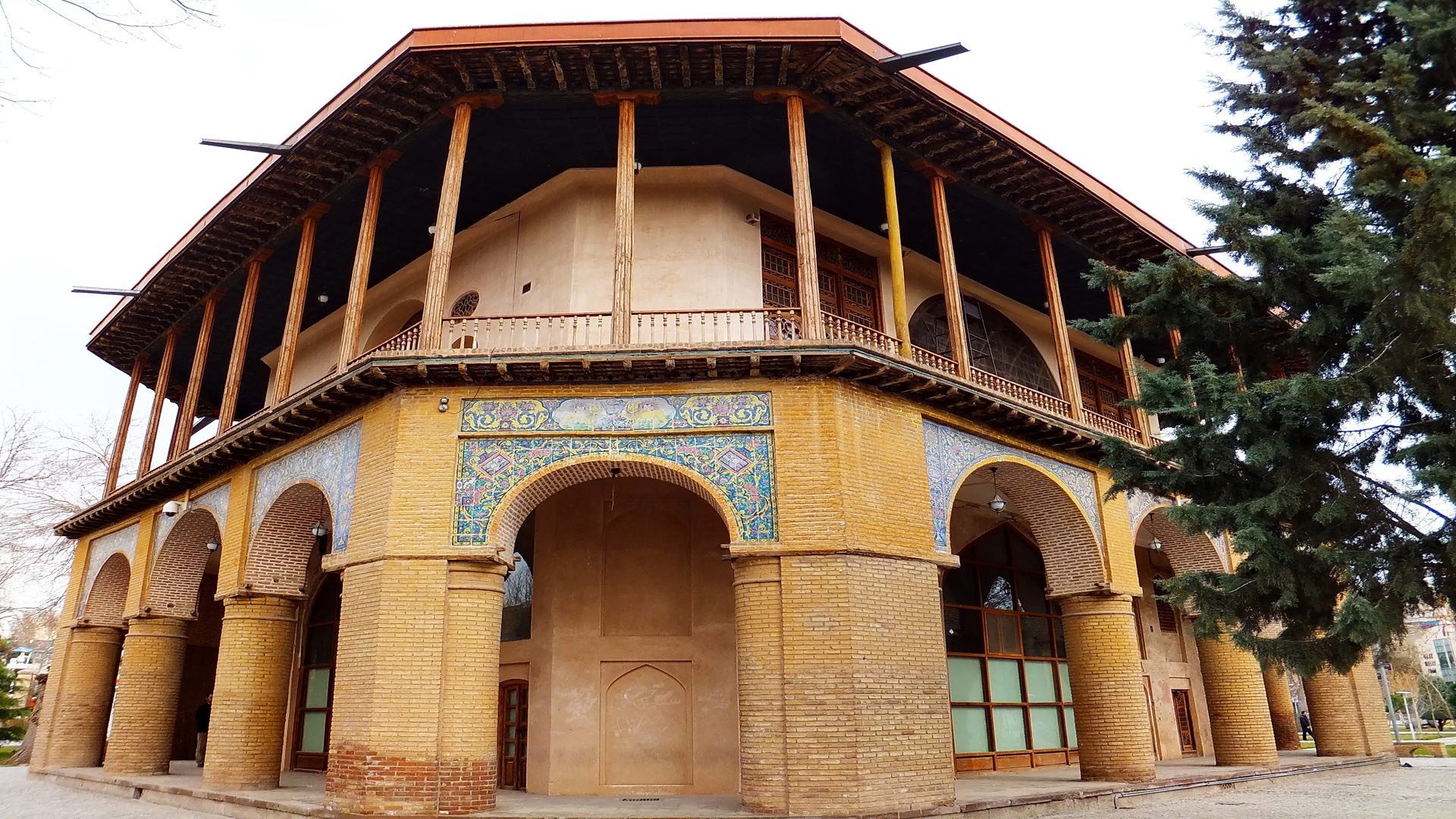 The beautiful porch with brick pillars and semicircular arches surround the monument and a porch with wooden pillars is located above it.

The wall paintings of the first floor are indicating the miniature art of the Qazvin school with global reputation.

These walls decorated with paintings are unique and three different layers paintings demonstrate the passing of various historical periods.

The exact number of these wall paintings is not clear but all of them were created via gilt according to one of the clear sighted characters called Abdolmalek-e Shirazi. 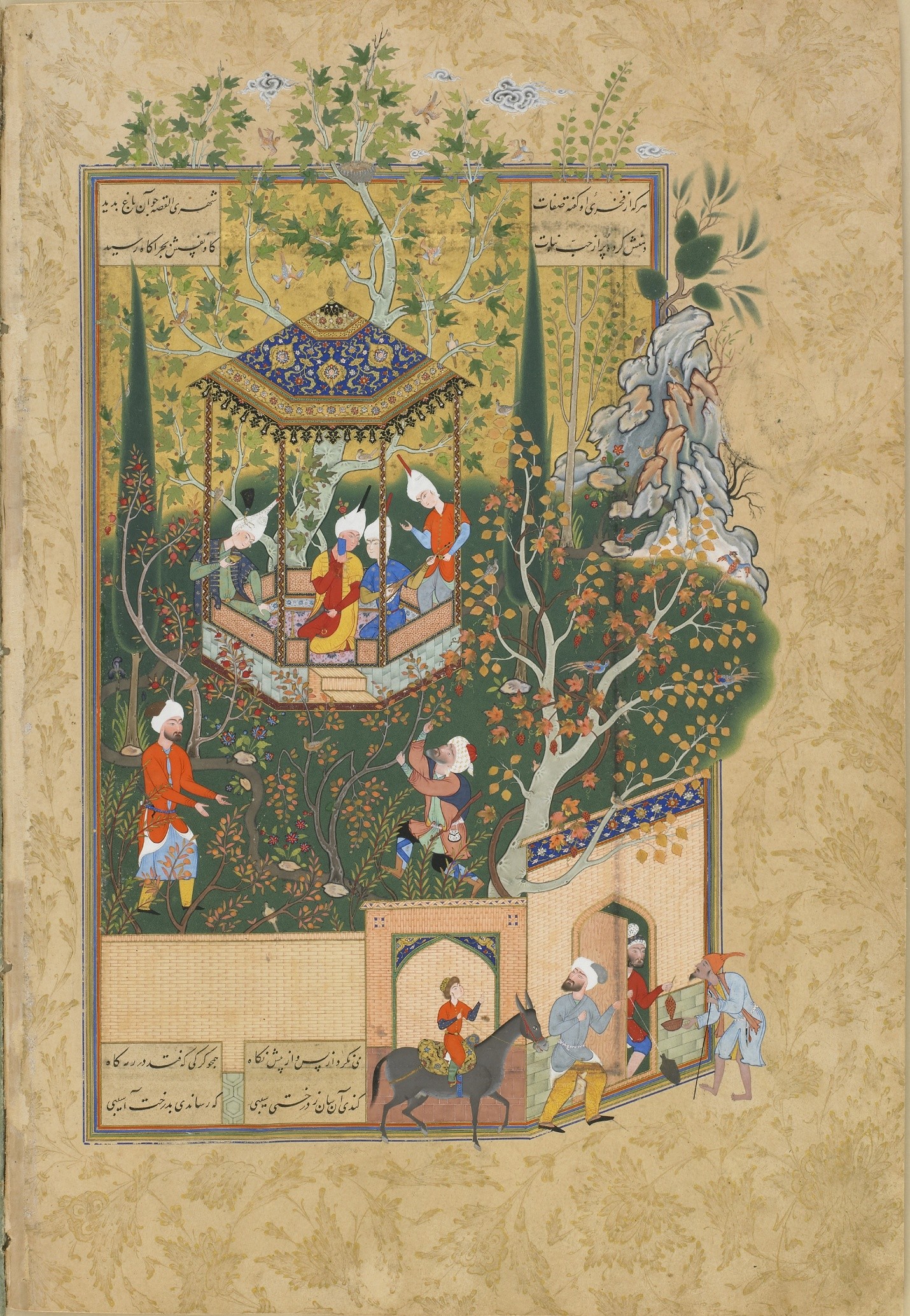 It should  be noted that the style of these paintings were inspired by political changes of time and appearance of the Nadershah and Afshariyeh style can be seen in the Chehel Sotoun palace.

Moreover, the appearance of the Qajar era is also visible in the third layer of paintings of the Chehel Sotoun palace which has been lost over time.

Some experts believe that the Hasht Behesht mansion located in Isfahan city was also constructed inspired by this palace. It is clear that all interior and exterior paintings of the Chehel Sotoun palace were created by most skilled and professional painters of that era.

The Chehel Sotoun mansion was registered as a national property with No.389 in Iran’s cultural heritage organization in 1955.
The palace was dedicated to a treasure including various interesting historical and ancient objects and later was turned to the calligraphy museum of the Qazvin city.
On the other hand, the palace is embellished not only by paintings and miniatures but also some inlaid doors, unique and amazing tiles and golden objects which attract any traveler’s attention on arrival. Various famous historians and international tourists have been mentioned to this palace in their travelogues several times and described greatness and majesty of the Qazvin city and its Chehel Sotoun palace.

Be aware that you can also enjoy sweet memories in green space of the garden called Sa’adat garden located in area of this palace.
Actually, this palace is narrating part of the art and history of Iran similar to other historical buildings of the country. 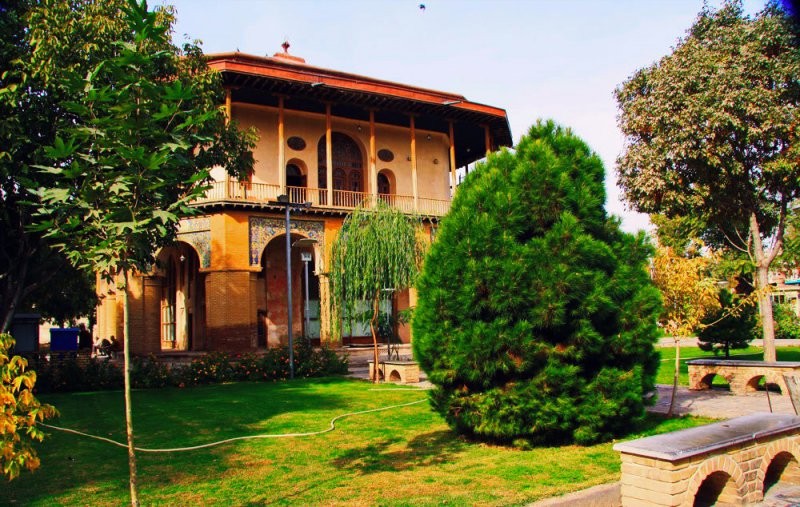 It is noteworthy that there is also another historical attraction called “Chehel Sotoun” in Isfahan city of Iran which is more famous in comparison to this palace but both of them are consist of amazing and exciting sections indicating rich and special art and history of Iran.
Don’t be hesitated and choose this attraction to create brilliant and everlasting moments for you and your companions.
Hope to experience most interesting travel to the Qazvin city.
Have happy moments.