The National Garden Entrance is one of the important and historical monuments of the Tehran which was known as a symbol of the capital before constructing the Azadi tower. The garden is located exactly in the old and historical heart of the Tehran and that’s way other attractions are also within a short distance of the garden to visit and enjoy. The national garden or in Persian language, Baq-e Melli is a historical and governmental compound in Tehran, Iran.

Today, the post and communication museum, building number 9 of the ministry of foreign affairs (formerly the police house), the national museum and the university of art are located in the compound of this garden.

The garden is one of the monuments left from the Qajar period and was renovated during 1922 to 1925 by the Jafar Khan-e Kashani.

Some travelers think the Tehran is a polluted and crowded city and cannot be an appropriate choice to travel and recreation but the reality is quite different. 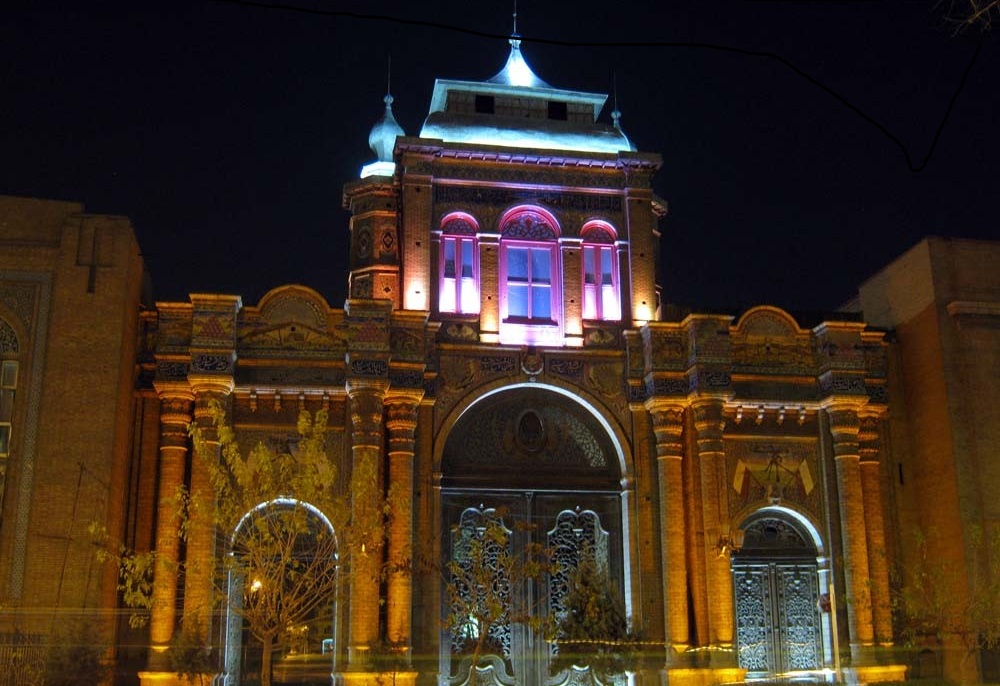 Despite the crowded streets, the city is privileged to have lots of special beauties attracting the large number of visitors from all over the world.

The National Garden Entrance is considered as a gate to the first park of the capital.
The National Garden Entrance and its nearby buildings were built by direct order of the Reza Shah via Jafar Khan-e Kashani and help of other architects.
This entrance was constructed in the east side of the previous entrance with similar dimensions and appearance and then former entrance was destroyed. The entrance consists of a passage in the middle and two sidewalks on both sides. There are some poems of Nadimolmolk , tiling designed by two lions holding a crown between them, a tiger, lion and sun, bullets etc. in the appearance of the entrance.
The entrance includes three main cast iron gates made by Professor Mohammad Ali Kermani.
The National Garden Entrance was registered as a national property with  No.1968 in Iran’s cultural heritage organization in 1997.

The entrance was designed via combination of Iranian-European architectural style especially in the tiling and pergola. 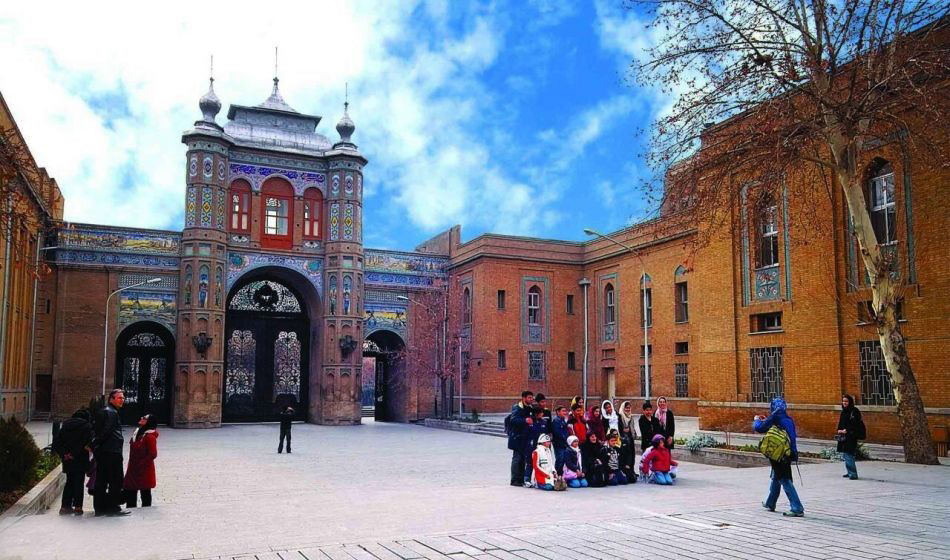 Most sections such as pillars, walls etc. were constructed by brick material. The National Garden Entrance used to be a military shooting range during the Qajar period and then turned into a public park for a short period and finally some important museums and offices were built around it.
This area was first constructed as a shooting practice range during the reign of the Qajar dynasty. The range was then developed during the reign of Nasser ed Din Shah, with a new building named Cossack House.

Mr. Jafarkhan-e Kashani was the main designer and architect of this attraction and other architects also helped him. 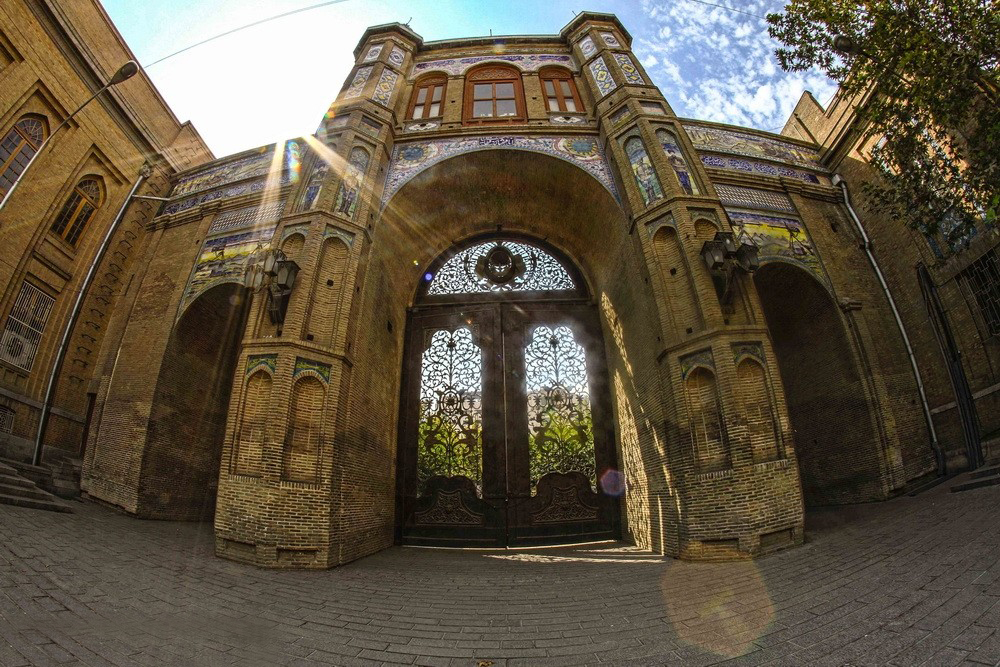 The National Garden Entrance consists of a gate for cars and two gates for walk-in visitors.
Here, is located in the Imam Khomeini street as an unique street of the capital which includes variety of important structures.
In other words, this street is known as the heart of the Tehran.
It is noteworthy that many film directors have been used here as a location of their works.
Here, was an entrance to the Mashq square which is very familiar place for elderly people but may not be enough well-known for younger people.

Many international travelers described here as a quadrangle field with a length of 400 meters or each side and mentioned to it as one of the largest military squares of Tehran.

Today, the Tehran’s cultural heritage organization in cooperation with the municipality of 12th district are trying to renovate the gates and pavilion of the garden.

There are variety of other spectacular r attractions around the garden such as the City park, the Communication museum, the Malek museum-library, the Ancient Iran museum etc.

It should be mentioned that wide range of beautiful and spectacular designs and miniatures in various colors such as cyan, brown, red, white, golden, green etc. are shining as a diamond in this interesting attraction.

There are 45 inscriptions on tiles and two on metal.
We can guarantee to experience one of your exciting travels by visiting this unforgettable attraction.
Have an enjoyable stay in Tehran.