The Alexander prison or Ziyaee school refers to the 7th century located in the Yazd province and Imam village.
This historical monument was registered as a national property of Iran with No.770 in Iran’s cultural heritage organization in 1967.
The building is an 800years old monument located exactly in the Fahadan neighborhood of Yazd city. 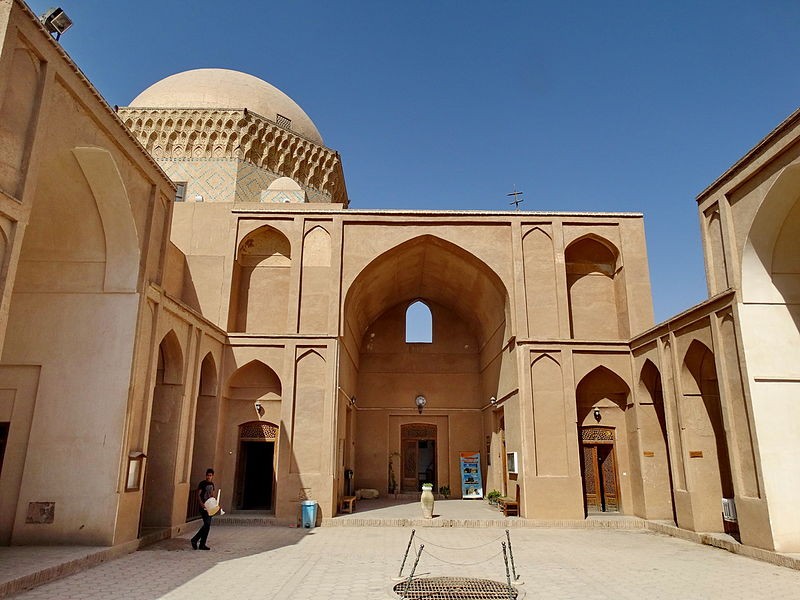 The prison was built by one of the most famous mystics named Hossain Razi long years ago and was completed via his sons, Majdeddin Hassan and Sharafeddin Ali.
Fortunately, the Alexander Prison in located in an exceptional position and variety of other attractions are also close to it.
You can easily go and visit other spectacular destinations from here.
Upon arrival, dear visitors can enjoy a glorious historical monument indicating Iranian intelligence and art in any corner of the construction.
The exact function and history of the building is not clear but historical value of this attractive destination cannot be ignored definitely. 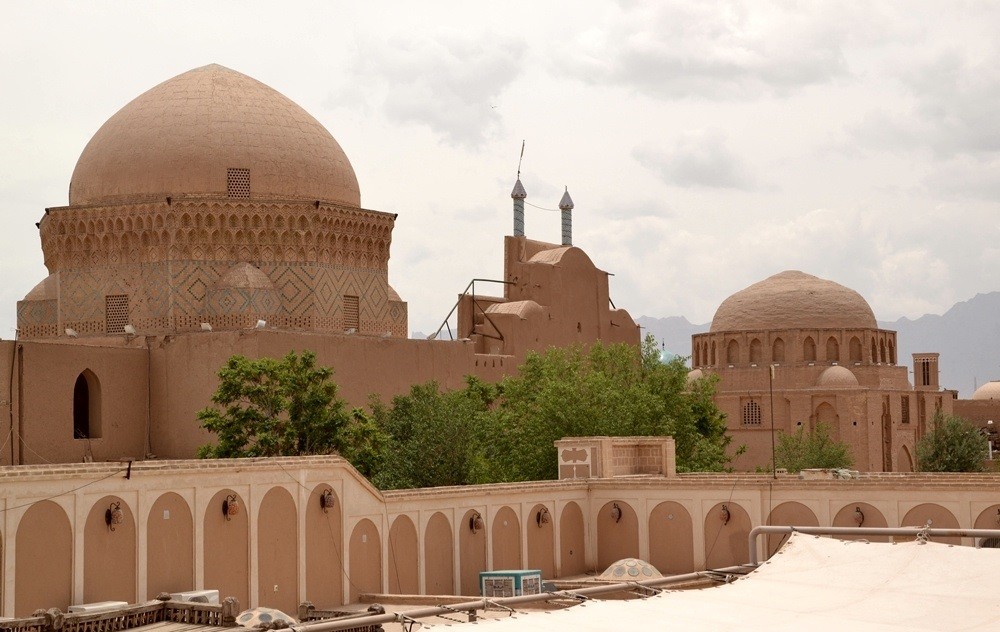 By entering the building, you will realize that here is not similar to a prison but local people narrate different opinions.
Many historians believe that here is an 800 years old school as a place of teaching for about 700 years.
The monument was hosting many elders and scholars as their meeting and discussion place.
Why is the name of the prison chosen for the building?
It is said that this name was created after entering a group of exiles of the Alexander to the Yazd although other reasons such as climatic features and long distance to the large centers and crowded areas in the past multiplied the reputation of this name. Some others believe that the Alexander the Macedonian built this construction as a prison during the invasion of Iran and was changed to the school over time.
There is a wells with a diameter of about 2 meters in the middle of this building leading to a hypogeum with a depth of about 5 meters.
The dome of this monument with a height of 18 meters consists of beautiful embellishments and golden and azure plasterworks that most of them were damaged over time.
The Ziyaee school or Alexander prison was built based on the Azeri architectural style. The Azeri style is a special style related to the Azerbaijan province which was used in the post-Islam Iranian architecture, during the reign of the Ilkhanan. 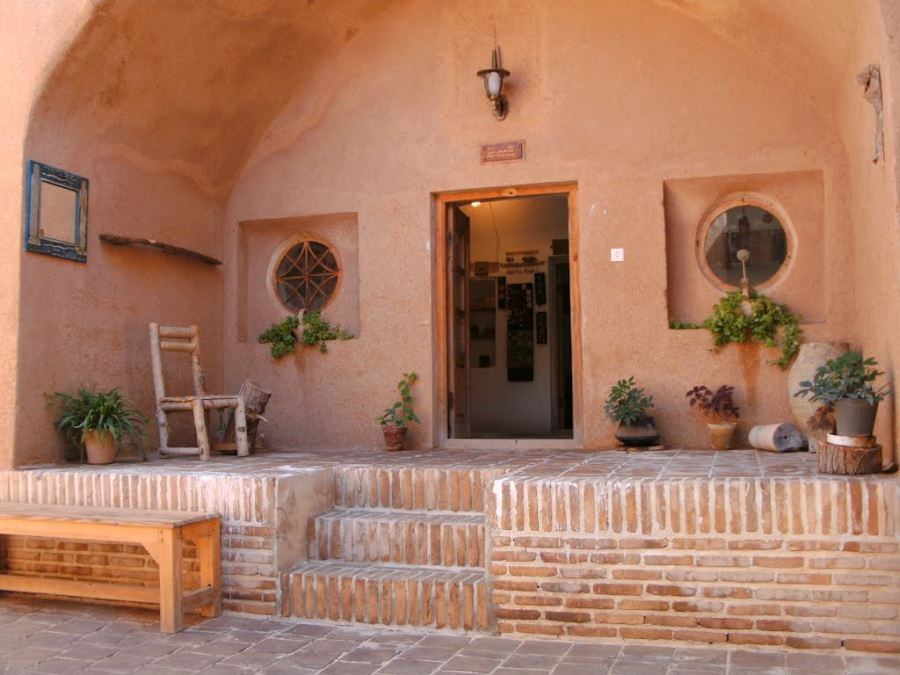 There is not any tiling decoration in the building and the clay was the only material to construct this simple and beautiful building.
This historical attraction was built in two stages:
1) The dome of old house was constructed at the same time as the Mongol invasion for the tomb and there was no any school.
2) A school was built by grandson of builder of the first dome about 100 years later in the second stage and then a doorway opened to the vault.

There is also a museum built in the construction including inscriptions and gravestones. 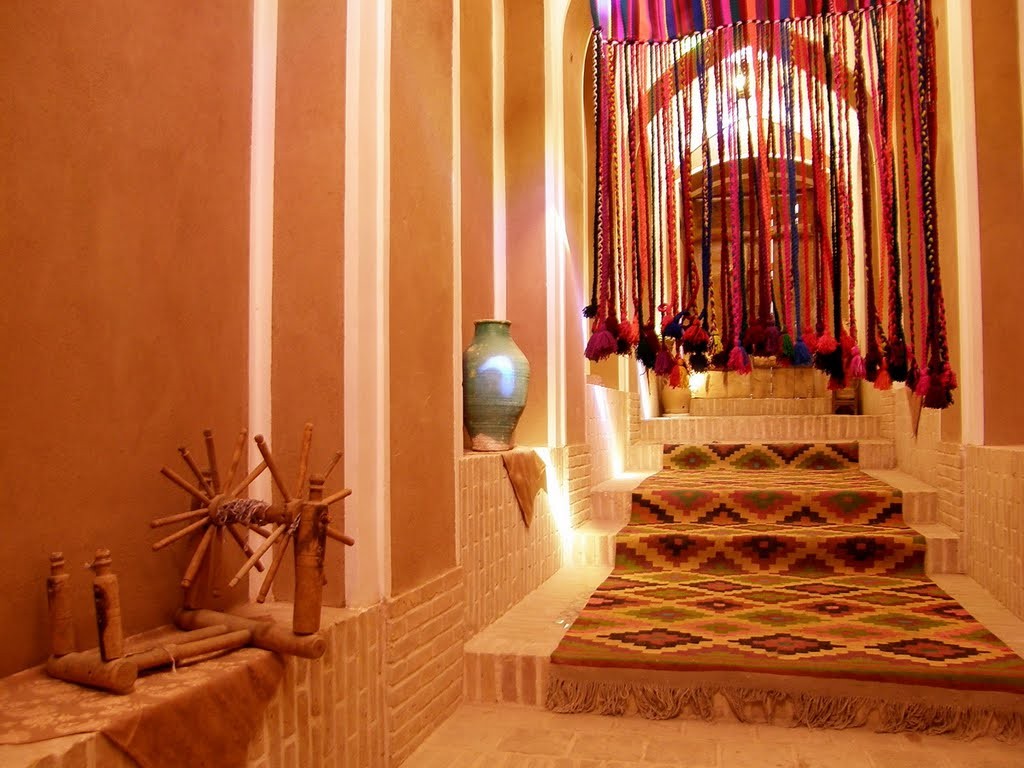 On the other hand, variety of traditional beds for catering are ready to have various hot and cool drinks prepared by a group of professional employees.

Moreover, if you intend to visit and shop wide range of traditional handicrafts, enter to the small and colorful store of the building and choose your favorite souvenirs.

The appearance of the building from the alley is very simple with a short entrance door and the tall dome with a height of 18 meters is the only impressive part motivating you to enter the construction.

In addition, there is a room named Windbreaker room in the corner of the yard to enter and enjoy enjoyable cool breeze above it. 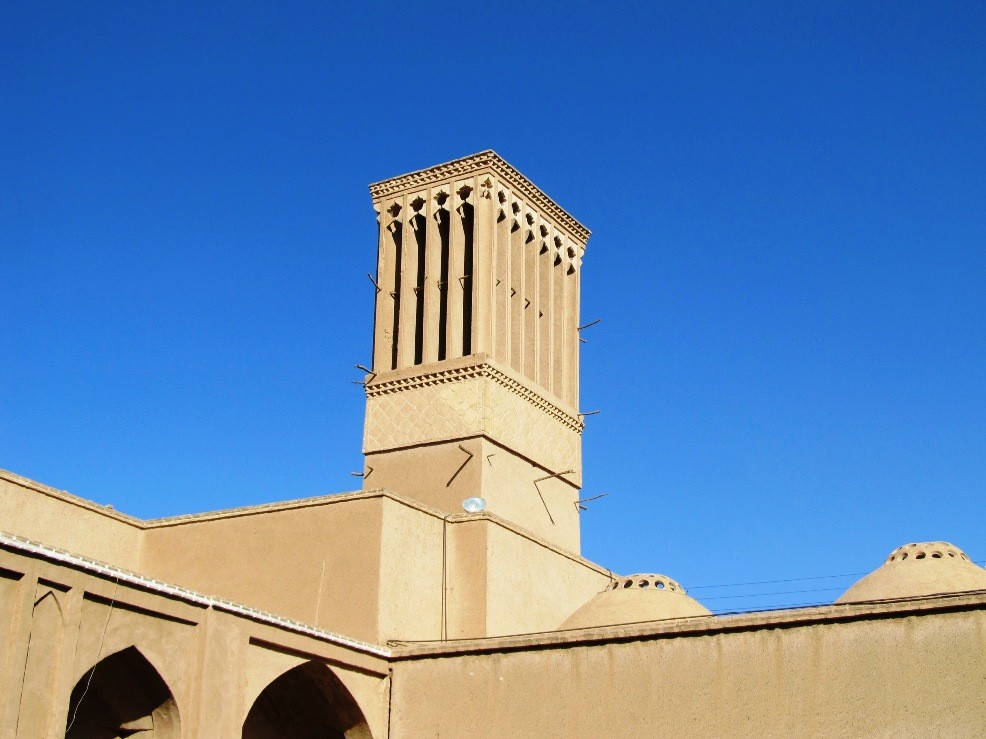 Based on the historical evidences, a large number of excellent houses and tall windbreakers were built around this building.

Most experts ignored the prison usage and believe that there was no any building called Alexander Prison. The construction was renovated after the Islamic revolution of Iran by efforts of Iran’s cultural heritage organization.

There are various constructions left from the old era in the desert city of Yazd indicating rich culture and civilization of Iran.

The Alexander Prison or the Ziyaee School is one of the ancient and amazing historical buildings which is considered as an unique monument around the world.

There is an old yard in the building and three beautiful porches are located around it.

Hope to have nice and enjoyable moments in this historical attraction.