Based on the surveys conducted, the Darband is the first choice of citizens of Tehran to reception of the foreign guests. 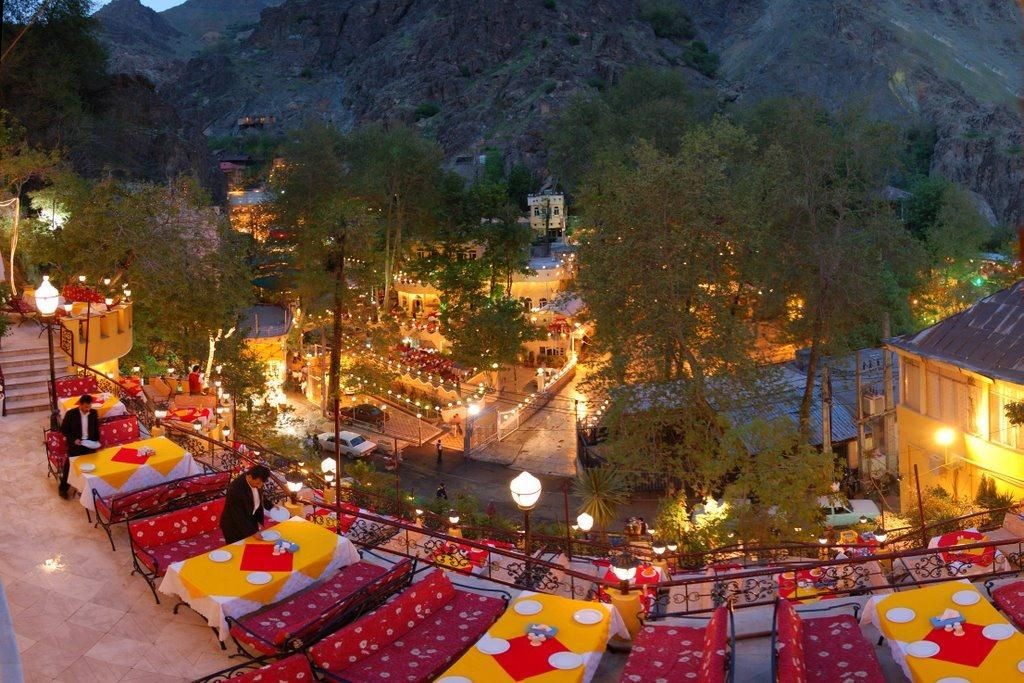 Here, is the beginning of a popular hiking trail into mount Tochal and a chairlift is also available for those not interested in hiking.

The initial start of the trail at Darband attraction is dotted with a large number of small restaurants and cafes which are quite popular and busy in the evening.

It is said that local people of the Darband were talking with a language named Tati in the past although the language is common at the moment in some villages like the Pas Ghale.

On the other hand, there is also a cemetery called Zahir al-Dawlah where lots of Iranian giants of culture and art such as Mohammad-Taqi Bahar, Rahi Moayyeri, Forough Farrokhzad, Iraj Mirza etc. are buried. 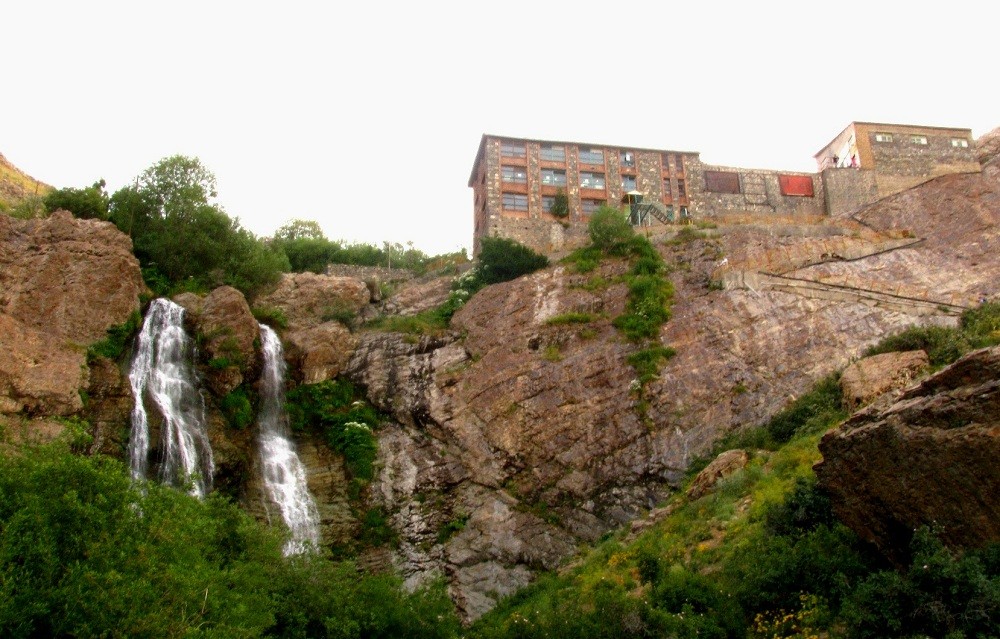 The Darband is located exactly in a height of 1700 meters from the sea level and is considered as the beginning of one of the main ways to rise the climbers to the central Alborz.
This bath leads to the two famous and enjoyable destinations on the way named Dogoloo waterfall and Shirpala shelter.
The Dogoloo waterfall is known as one of the most attractive and exciting waterfalls of the Tehran and motives large number of visitors to take variety of photos with its brilliant background.

A beautiful river named Darband river is also passing in the middle of the Darband village. Unfortunately, the dangerous inundation occurred in 1978 in this river and destroyed the Tajrish bazaar. 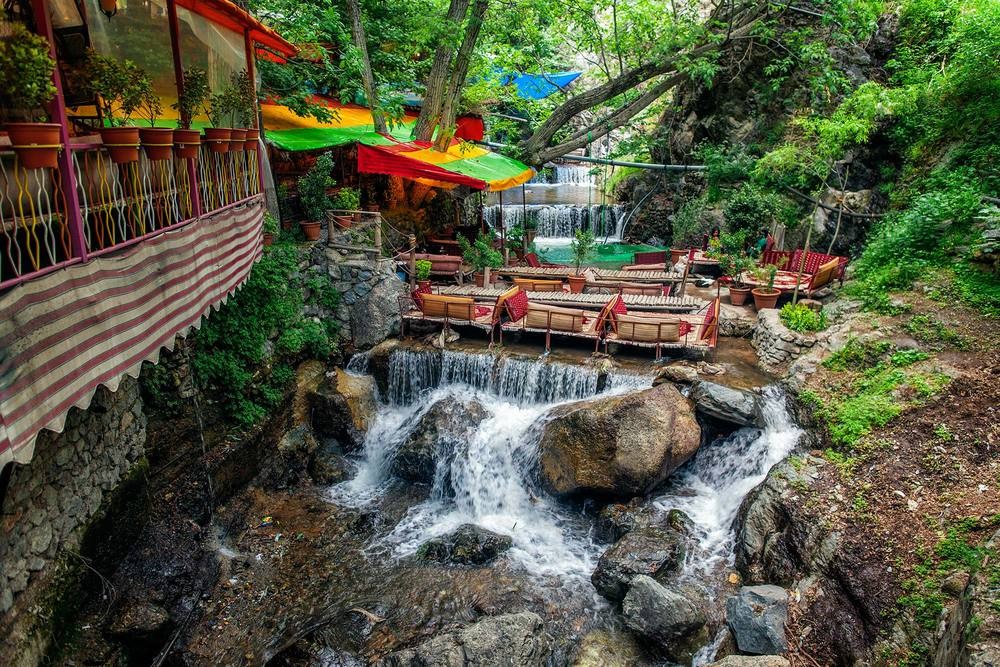 Some princes of the Qajar period such as the Allah Verdi Mirza and Abdolmalek Kiyoumars Mirza were interested in this attractive area and stayed here.

In addition, the main valleys of the Darband river are Ouson, Abshar, Imamzadeh Ebrahim, Kak and Zoun valleys.

Variety of guesthouses and villas were built in the village lands by order of the Reza Shah.

The Sarband neighborhood was a small area with narrow alleys and that’s why a big bridge was constructed above the river and the statue of climber was also installed in the Sarband square. 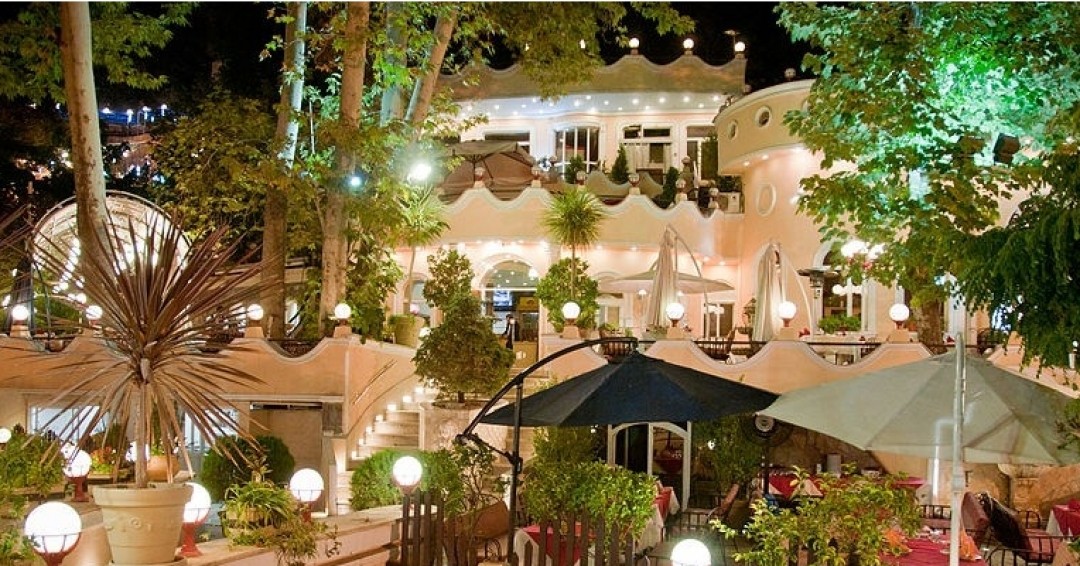 There is an old hotel named Diplomat in the left side of the river and before the Sarband square which was the only appropriate place to reception and welcome the foreign guests until the middle of the Mohammad Reza Pahlavi era as the only reliable hotel of the Tehran.

The statue of climber installed in the Sarband square was made by one of the Iranian prominent sculptors and painters named Reza La’l Riahi in 1962.

The first idea of making the statue was suggested by one of the highly experienced climbers named Hassan Vejdan Khosh in 1958.
The Tehran’s mayor of time named Mr. Mahan accepted the cost of making the statue and then Mr. Shahkarami as the sergeant of army and mountaineering trainer of the training center and also Iran’s ski trainer was introduced as model.
The municipality also paid 100000 Rials to make the statute.
Three years later, the sergeant Shahkarami received a worthy medal from president of the united states (Kennedy), due to rescue of passengers of the American aircraft had fallen in the Zardkooh-e Bakhtiari mountaintop at an altitude of 3870 meters and cold 30 degrees below zero.

Eventually, the colonel Shahkarami passed away in 2013 at the age of 80 in Tehran.
A year after this offer, the plaster model of the statue became ready and installed in the Sarband square but the arm and another part of it were destroyed because of rain and frost.
The destroyed part was covered by Iran’s flag and finally the cement sculpture was made by Reza La’l Riahi and efforts of head of the federation of time in 1962. This sculpture is on display at the moment and can be considered as the main symbol of the Darband district.
Here, you will experience one of the most memorable entertainment of the capital, Iran.
If you are interested in climbing, the Darband to Tochal path can be an excellent option for you definitely.

Enjoy chairlifts of the Darband offering interesting and exciting moments with unforgettable views of mountain and green space of the area.
Hope to have sweet memories.