The Saadiyeh or tomb of Saadi is a mausoleum for one of the famous and prominent Persian poet Saadi located in Iranian city of Shiraz.
Here was dedicated to residence and burial place of the Saadi. It is noteworthy that this tomb was designed by one of the professional architects called Mohsen Foroughi. Today you can visit Tomb of Saadi easily by booking Iran hotels in Shiraz (book Shiraz hotels), take Iran Visa and travel Shiraz.

This mausoleum is located in the end of the Boustan street and next to the Delgosha garden at bottom of the mountain in northeast of the Shiraz city. Some of Shiraz hotels are near there so you don’t need to worry about transport.

There are many graves of the great scholars of religion around the Saadi’s tomb which are buried here according to their will. For instance, one of them is grave of the Shoorideh Shirazi that his tomb is connected to tomb of the Saadi via a porch.

The tomb of the Saadi was registered as a national property in the National Properties Association with No.10103 in 1974. Many tourists including foreigners who book hotels of Iran and take Iranian Visa, try to visit cultural and historical monuments in Iran like this place. Saadi was an Iranian poet and still his poems are among the best Persian poems. His complete name was Abu Muhammad Muslih al Din bin Abdallah Shirazi. Saadi is so famous in the history of culture and literature that his books and poems have been studied by literature lecturers of universities around the world and also artists, intellectuals and even some politiciens.

On the other hand, some banknotes and coins of the Islamic republic of Iran have been printed and published by picture of this mausoleum. For instance, the 500 Rials coins since 2008 and 100000 Rials banknotes since 2010 are available and usable at the moment with tomb picture visible at the back of them.

At first, here was the monastery of the Saadi and his residence during his late period of life. Finally, he was buried there and the first tomb was constructed by one of the old ministers in the 7th century.

According to travelogue of Ibn Battuta (The famous Moroccan traveler), which is known as the oldest present travelogues about tomb of Saadi, the visitors were washing their cloths in the marble pond of this monument. It is said that this water was a healing liquid based on beliefs of Shiraz people.

Some years later, the monastery was ruined completely by order of one of the governors of the Fars province and later a glorious building with plaster and brick was constructed above the Saadi’s tomb by order of the Karimkhan-e Zand.
The monument was renovated about a century ago in the Qajar period. According to report of the National Properties Association, the last plan and renovation of the building was launched after various discussions via contract with a contraction company in 1949 and two professional architects named Mohsen Foroughi and Ali Sadegh tried their best as designers of the tomb.

Eventually, the construction of the Saadi’s tomb was completed by group of Iranian designers, architects and workers inspired by the Chehel Sotoun palace and combination of traditional and modern architectural styles in a garden with 7700 square meters space in 1951. 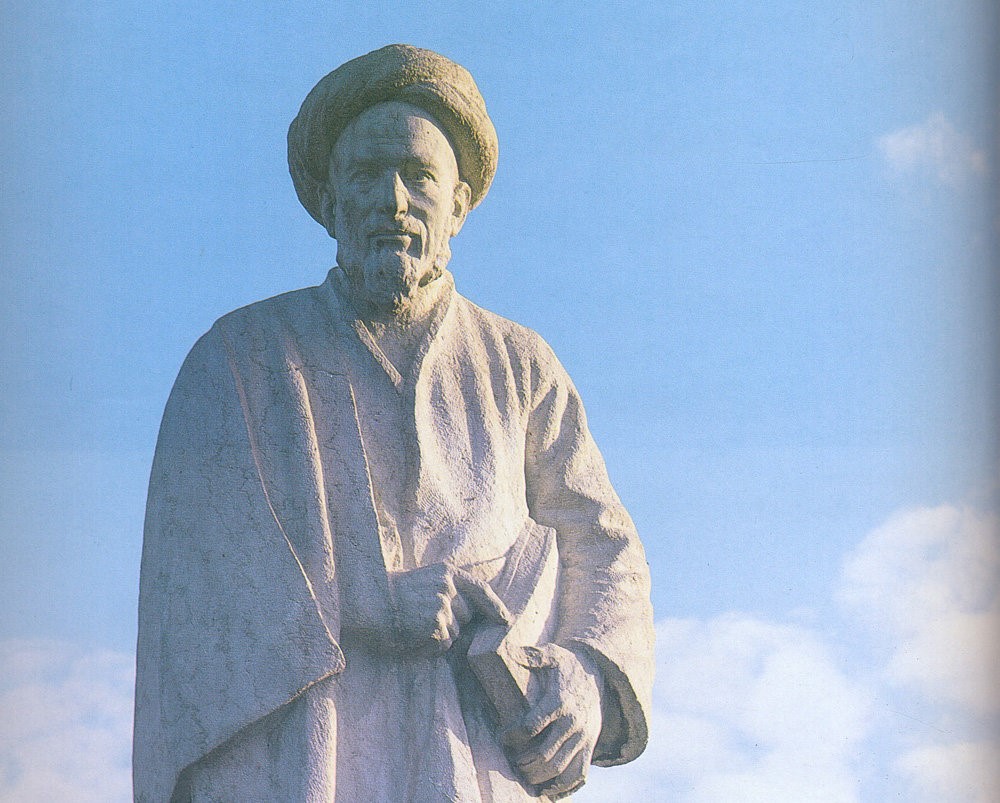 The tomb of Saadi came into operation with presence of Dr. Hessabi (The minister of culture of time) and lots of poets, authors, merchants and important characters. Today it is considered as one of the best Iran and Shiraz attractions.

Moreover, the Saadi’s statue installed in the Isfahan gate was also unveiled simultaneously with his tomb in Shiraz.
This statue was made by an exceptional Iranian artist named Abolhasan Seddiqi in the best possible way.

It is noteworthy that the monument have been designed based on traditional architectural elements of Iran. The construction consists of eight brown stone pillars in front of the tomb and appearance of the building is decorated with white stones and tiling.

The exterior of the construction is a cube shaped building but interior includes octagonal shape with marble walls and azure dome.
The main building of the mausoleum consists of two porches and the grave is located in the middle of them.

There is a dome with cyan tiles above the mausoleum. The foundation stones are black and front space of the porch are decorated with red granite stone.
The grave stone is located in the middle of an octagonal mansion and its ceiling is embellished with cyan tiles. The west side of the tomb is connected a porch including seven arcs and black ground leads to tomb of the Shoorideh Shirazi. 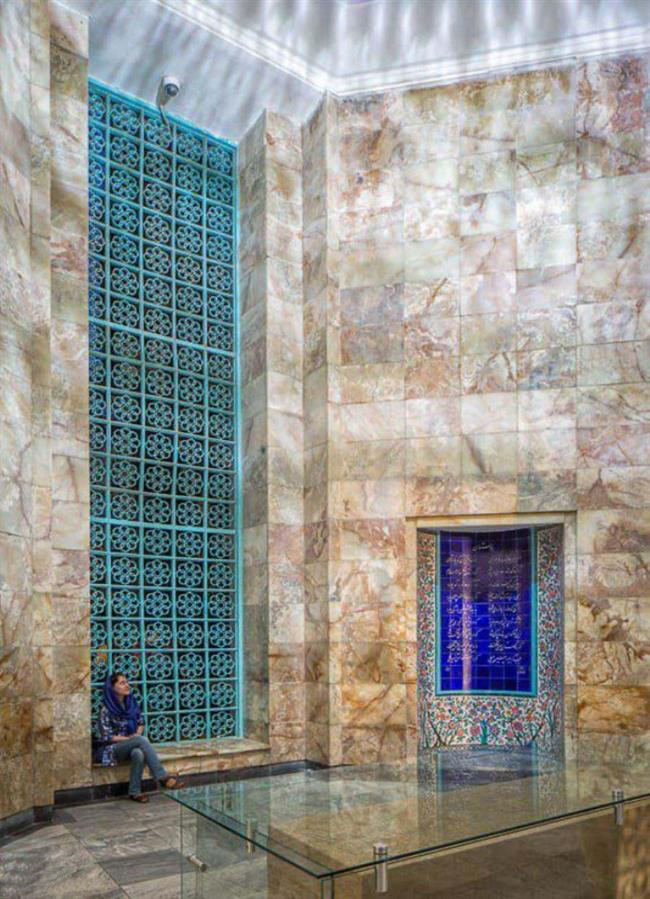 This tomb is located in a room and an inscription above the entrance is introducing the poet and his poems are written on the navy blue tiles of walls.

In addition, a beautiful garden including eye-catching flowerbeds and trees was constructed after buying and destroying nearby homes to create an interesting and enjoyable environment close to the tomb and provide more joy and happiness for dear travelers  who would like to travel Iran and book Iran hotels.

We assure you to have experience enjoyable and sweet moments in this famous attraction.
Hope to have exceptional stay in the Shiraz and enjoy Iran tours.