The Ali-Sadr cave is one of the rare water caves of the world which attracts large number of visitors every year. Located in north Hamedan (one of the cities in west Iran which is also the center of Hamedan province). Nowadays Ali Sadr cave is one of the tourist attractions of Hamedan city and west Iran. Fortunately you don’t need to book Hamedan hotels in order to visit the city and this magnificent cave. Instead you may book Iran hotels in capital city (Tehran hotels) and take part in Iran tours for Hamedan. 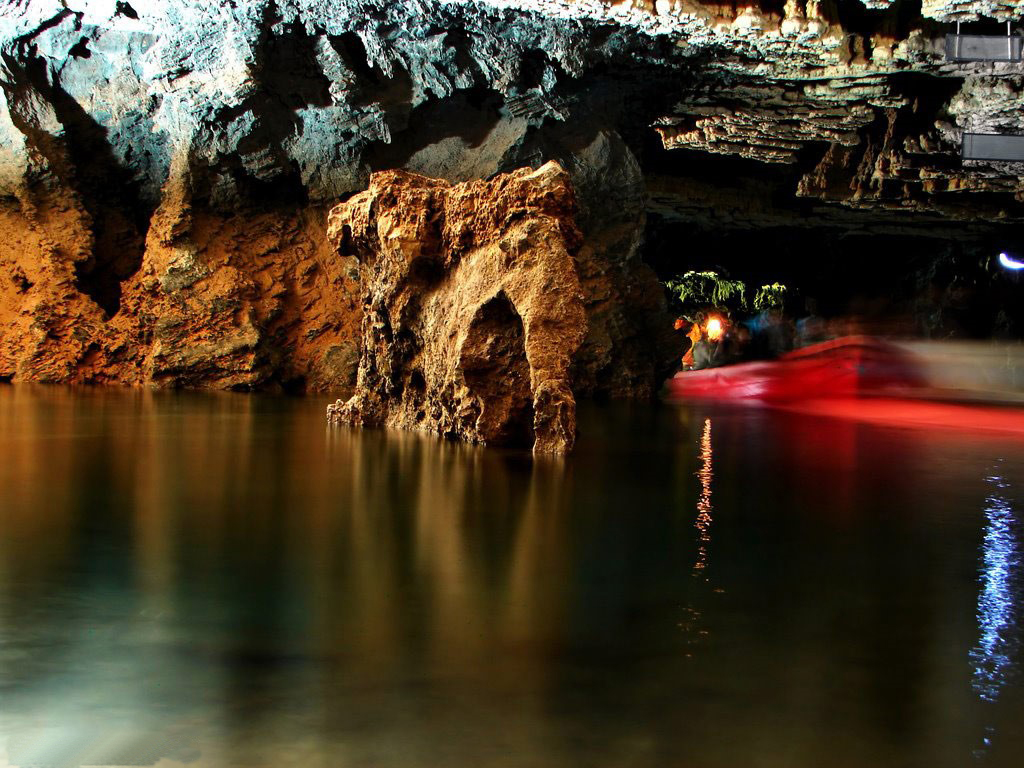 Ali Sadr cave is also known as largest water cave of the world.

The cave is located in the Ali-Sadr village about 100 kilometers north of Hamadan province, western Iran.

It should be noted that variety of tourists from all corners of the world are willing to visit here because of its proximity to large cities such as Hamadan. The cave consists of various unique passages which are very interesting for all travelers.

The cave has 2100 meters height from the sea level.

A great lake has arisen over time in the cave which turns here as largest water cave of the world. 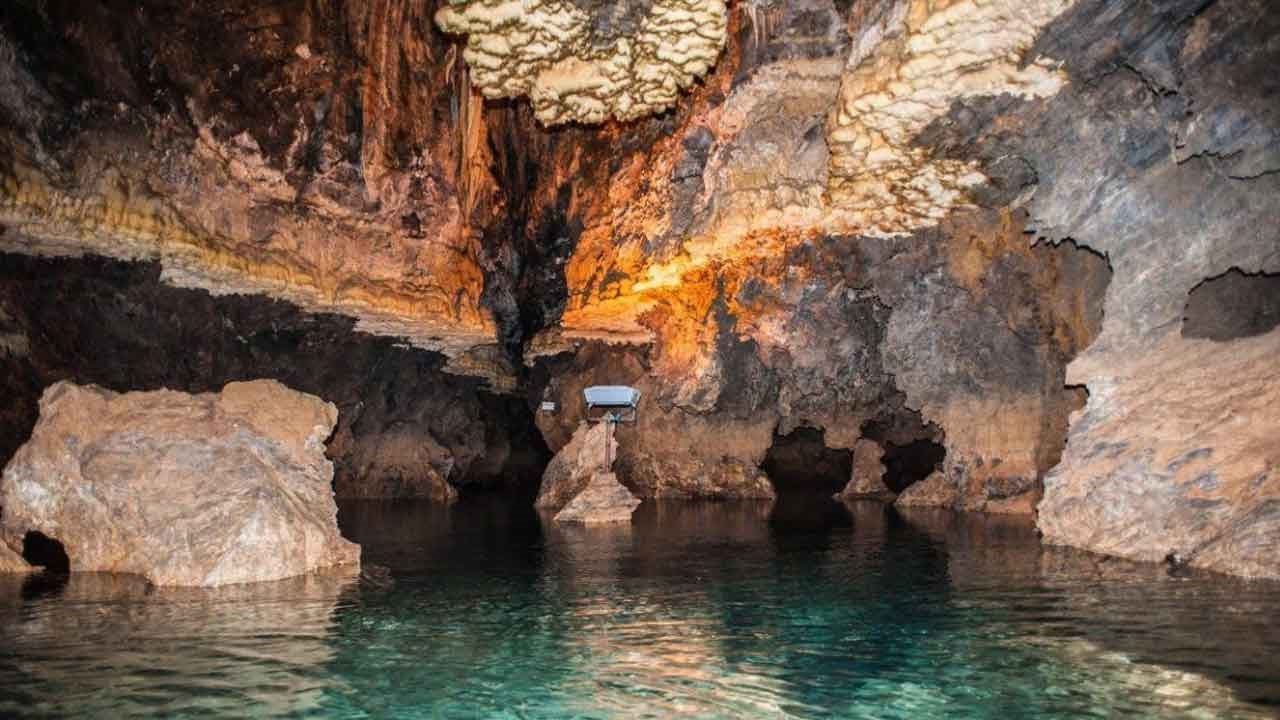 Today The Ali-Sadr cave is one of the most famous and spectacular attractions of the Hamadan province.

Here is 23th natural national work of Iran which was registered in the Iran’s natural heritage booklist via Iran’s cultural heritage organization in 2008.

Geologists believe that the cave stones date back to the Jurassic era of second period of geology about 136 to 190 million years ago. 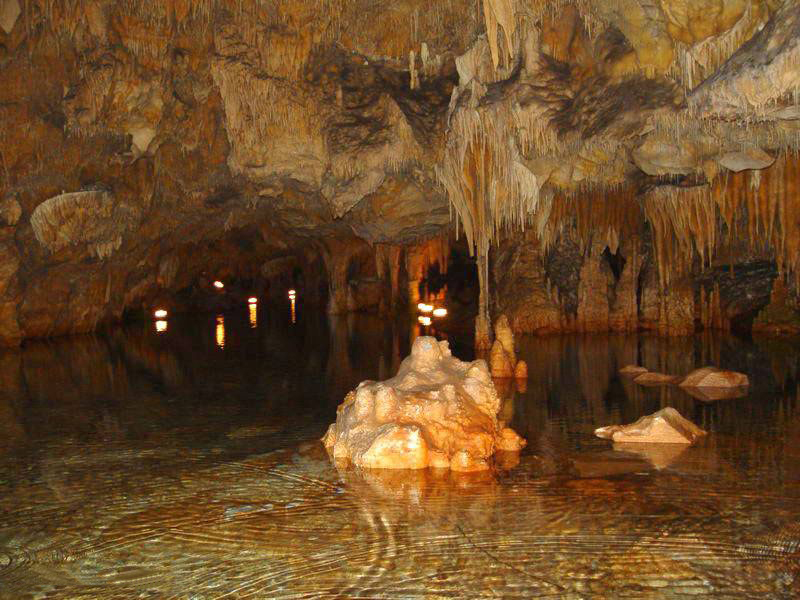 Actually, the local people of Ali-Sadr village and around villages had discovered the cave and used it as a water source for daily life.

Tours of the cave are available by boats which create most interesting and unforgettable moments for all travelers. A great experience for people who are interested to visit Iran attractions and book Iran hotels.

Here, you will sit in a boat and enjoy variety of views which demonstrate nature’s miracle.

The entrance of the cave is located exactly in side of a hill called Sar Ghiyeh which also includes two other caves called Sarab and Soubashi, each 7 and 11 kilometers from Ali Sadr cave. 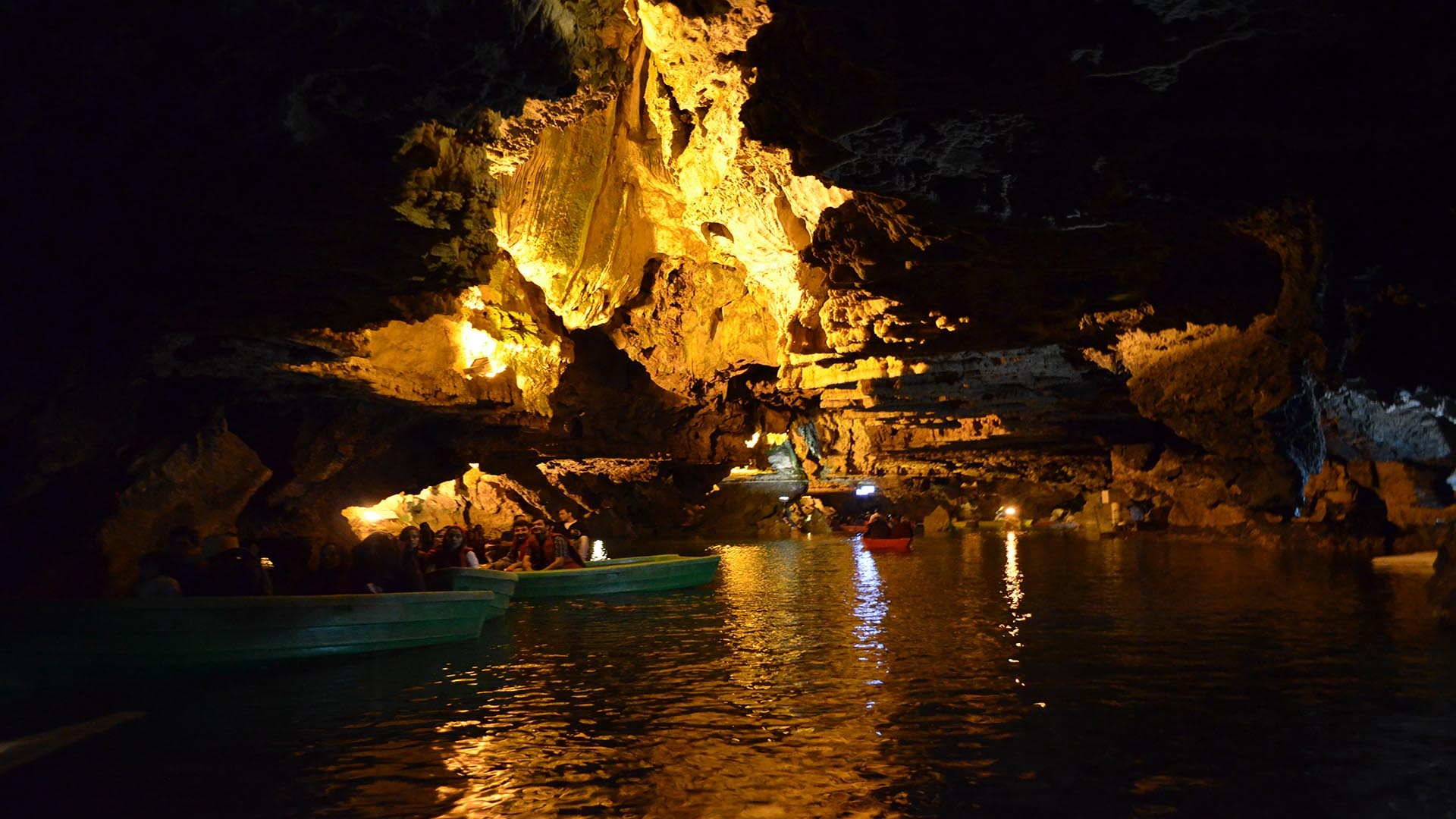 The village residents were leading the extra water of the Sarab lake toward the Ali-Sadr cave and was used as a tank during warm days of the summer season.

It was not possible to enter the cave over long years because of very high water level in the eastern or entrance part of the cave.

Eventually, a destructive earthquake occurred about 50years ago which made it possible to enter the cave due to decreasing the water level via a great gap in ground of the Sarab cave.

The first professional and planned exploration of the cave was occurred in 1963 via 14persons group of Hamadan mountaineering board.

They could gain information about depth and spread of the lake and also length, width, depth and height of the cave.

Actually, they could visit various halls of the cave and see the beauty and greatness with prior information and equipment needed to pass water. 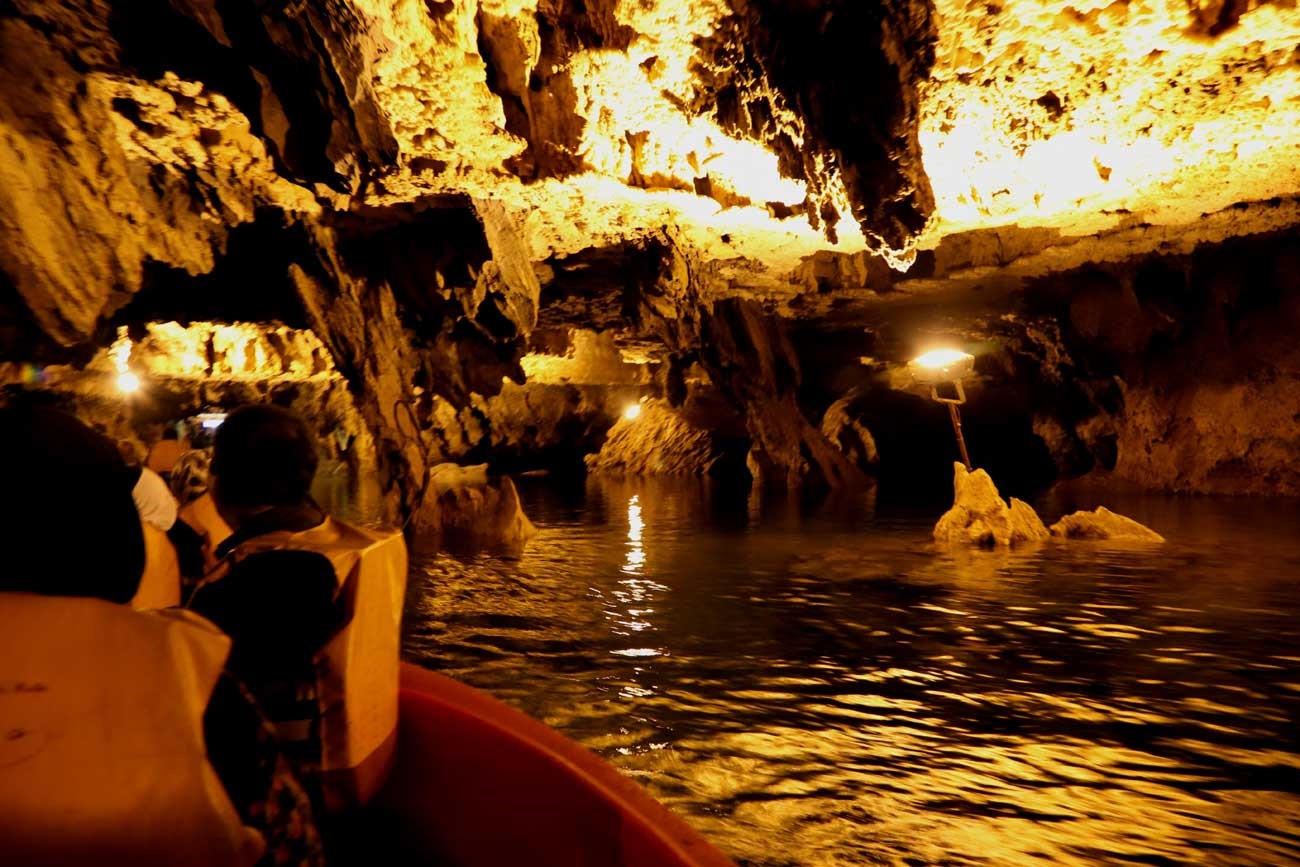 It is noteworthy that more than 11 kilometers of the cave’s water canals have been discovered so far.

The cave contains variety of large and deep lakes and most travel through the cave system is done by boat. 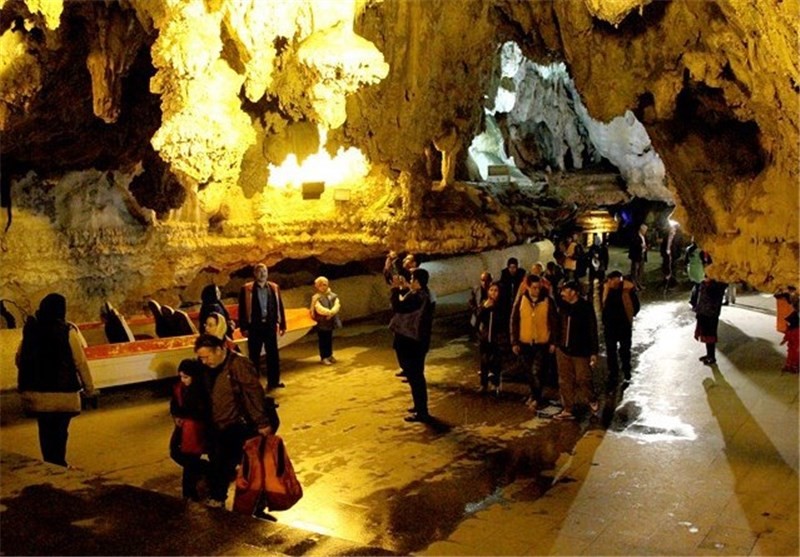 It was not possible for ordinary people over many years to enter the Ali Sadr cave due to very unsuitable cave opening and only professional climbers could enter.

Later, the opening of the cave became wider with help of local people in 1974. One year later, the cave was equipped with several boats and lightings.

Finally, the cave came into operation in 1975 and printed tickets for tourists were delivered to the Hamadan physical education office. Since then Ali sadr cave is considered one of the best tourist sites of hamedan and Iran.

Animals and hunting scenes which are appeared naturally over long years can be considered as most interesting and amazing parts of the cave that will amaze you definitely.

On the other hand, ease of using water canals to pass water with ordinary boats is another unique feature which makes here different from other caves.

This ease is due to the large amount of water canals.

We assure you that you will experience most amazing and unforgettable moments of your lifetime in the Ali-Sadr cave in Hamedan province of Iran.

Please do not lose it.
Have a nice travel.