Tomb of Hafez or Hafeziyeh is a cultural attraction located in north of Shiraz city and south of the Quran gate which includes tomb of one of prominent Iranian poets, Hafez. 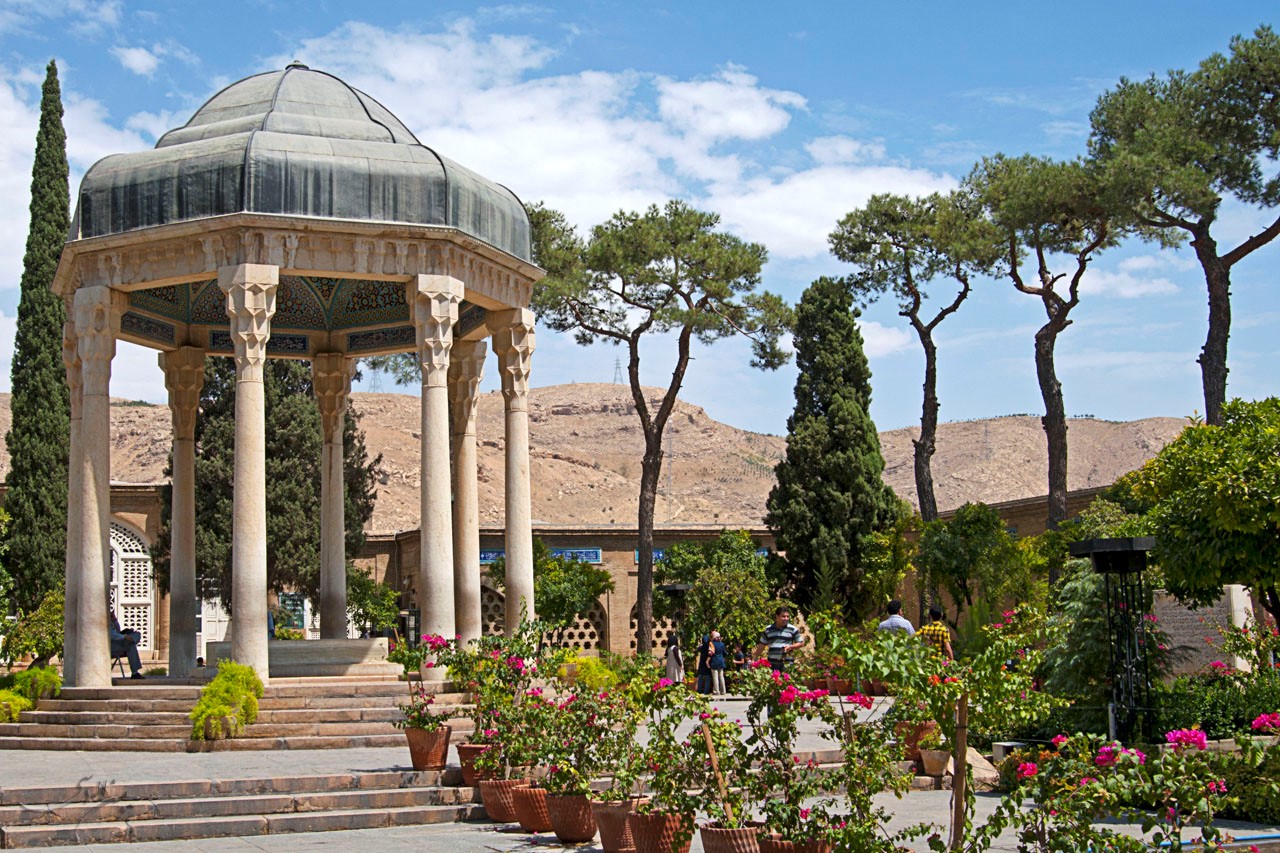 The complex is an area with 2 hectare space including north and south yards. The yards are separated with a hall.

The complex contains 4 entrance and exit gates. The main gate is located in south side, 2 gates in the west and another in the northeast of the complex.

Actually, here is a focus of tourism in Shiraz. The Hafeziyeh hall dating back to the zandiyeh period has length of 56meters and width of 8meters including 20 stone pillars with height of 5meters. 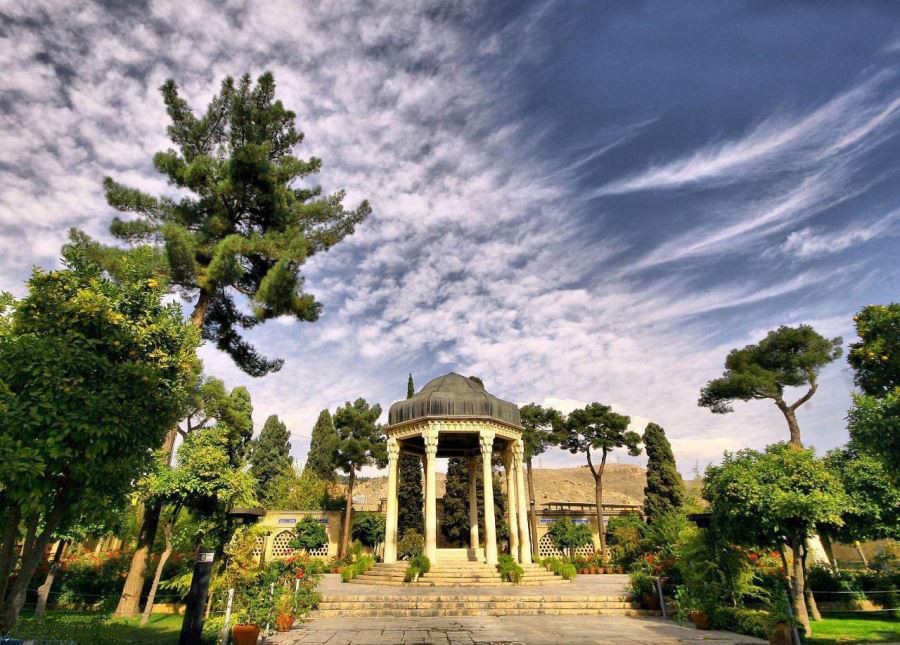 The architectural style of the hall is based on Zandiyeh and Achaemenid eras.

Hafez is an Iranian famous poet who was born in shiraz in 1315 and passed away there in 1390. He is also well-known in any corner of the world. It is noteworthy that many international universities have his poems in their curriculum and large number of university students are learning his poems, ideas and point of views.

In his memory, a small and dome-like memorial was built in Shiraz near his grave in 1452 by order of king of Timurid governor.

On the other hand, another considerable memorial was erected in 1773 during the reign of Karim Khan Zand. The Hafeziyeh including central columns was located on the north bank of the seasonal Rudkhanaye Khoshk river in the Musalla gardens.

There were two rooms constructed in the east and west and with the north and south sides remaining open.

Today, those rooms are still usable and practical. The first room is belonged to the Iran’s cultural heritage organization and second one is dedicated to office of the complex. It’s clear that wide range of renovations done during variety of periods. For instance, ruined parts of surrounding buildings were restored after the Islamic revolution of Iran and around gardens were connected to the complex.

The Tomb of Hafez is located in one of the crowd streets of the Shiraz city and tombstone view cannot be seen from the outside. Actually, the street can be considered as symbol of captivity in the modern and industrial world which is in contradiction with mystical thoughts of the Hafez.

The porch contains 2rows of stairs and each row includes 9stairs. It should be mentioned that number 9 is known as symbol of heavens in the Persian literature and is considered a sacred number. 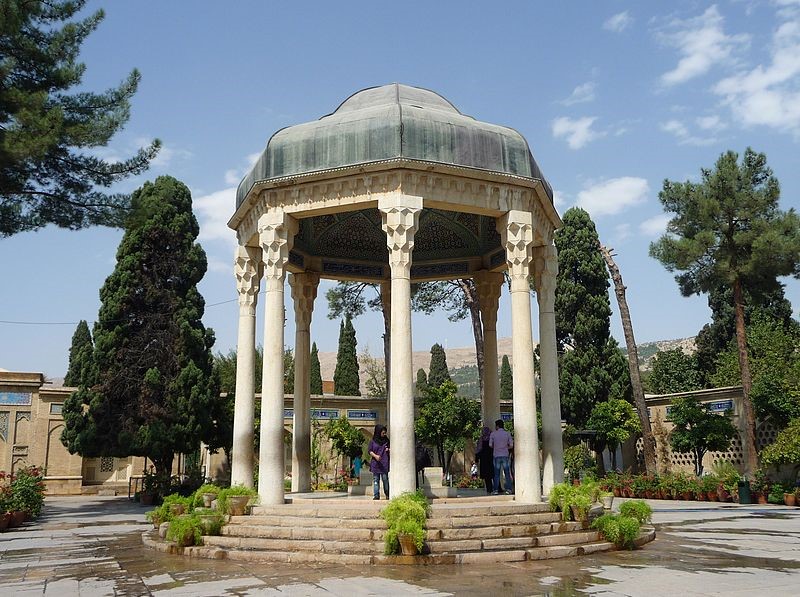 Moreover, the tomb consists of 8 stone pillars which demonstrate 8 entrance gates of the paradise and also period of life of the Hafez in the eighth century.

Variety of mystical colors are used to construct the ceiling of the tomb which everyone displays unique concept. For instance, cyan refers to the paradise, black and white indicate day and night or dark brown shows the soil. 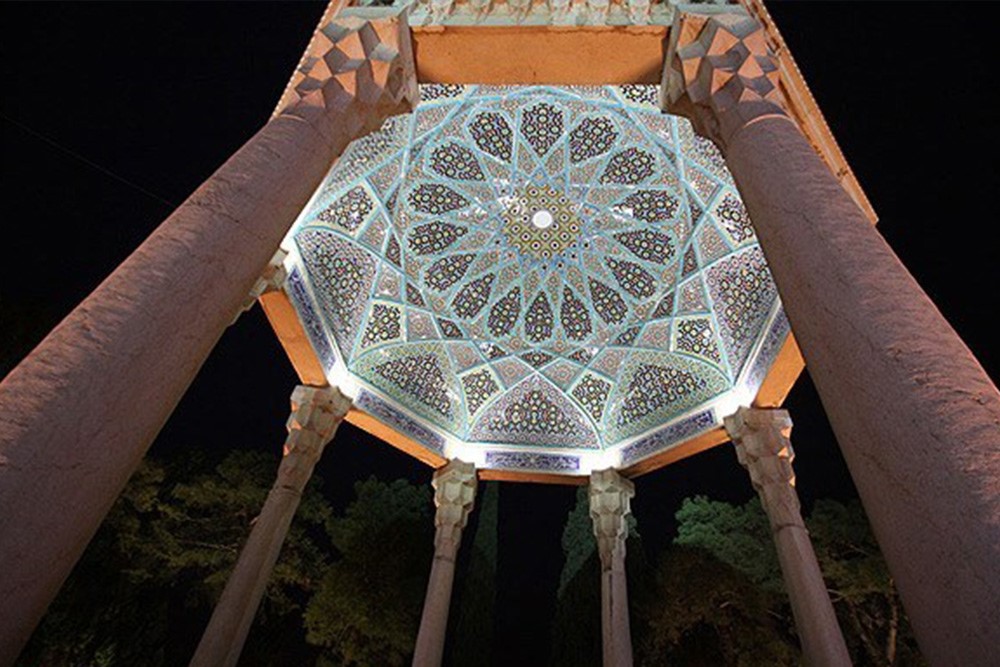 Today, wide range of cultural activities are held in this spectacular complex such as holding concerts of singers especially traditional and mystical music, holding classes to get more familiar with Hafez and holding classes and workshops to construct traditional musical instruments.

It should be noted that variety of cultural characters are buried in this beautiful complex.
Here can be considered as one of the main and lovely destinations for tourists from all over the world.

Some rectangular pools have been added among the gardens and enjoyable streams, paths, orange trees and flower beds provide an exceptional environment for dear guests of the Hafez’s tomb.

In addition, a traditional teahouse creates refreshments in the best possible way. The roof over the grave of Hafez is well lit at night which creates an unforgettable landscape to take photo with your companions.
If possible, visiting the Hafeziyeh during night hours is highly recommended to dear visitors due to amazing landscapes which will remain brilliant in memories. 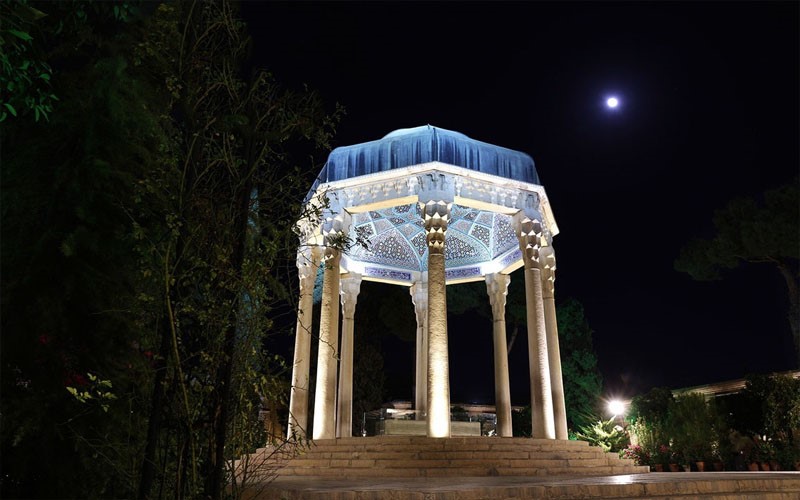 This cultural attraction is among most relaxing destinations for Iranian and foreign people and lots of important poets and mystics are buried around the complex.

Today many enthusiasts and followers of the Hafez use some customs to visit his grave. For instance, they enter with ablution and put off their shoes which indicate respect and sanctity of place in the religious culture of Iran.

Divan-e-Hafez containing variety of amazing and exciting mystical poems is known as a holy book which can be found in all houses of Iranians and everyone takes advantage of it according to his or her level of understanding. 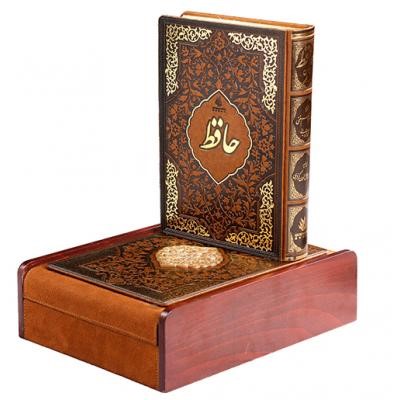 Hope to have sweet moments in Shiraz.