The Milad tower is known as the sixth tallest tower of the world and also 19th tallest freestanding structure in the world.

The tower is located between district of Gisha and Shahrak Gharb (Qarb Town) which attracts large number of visitors from all over the world. Actually it’s one of the benefits of booking Iran hotels in Tehran and visit the capital city of Iran that you may have the chance to visit attractions like Milad tower. Particularly if you book Tehran hotels in north or west of the city, you can rich there easily. The Milad tower is the multipurpose telecommunication tower which is located exactly in northwest of Tehran, capital of Iran. It is also called "Tehran Tower".
Here is known as the tallest tower of Iran with 435 meters high.

On the other hand, the Milad tower is privileged to have most extent of use in the top structure among all telecommunication towers of the world. Actually, the tower has the first rank in this regard. The Milad tower is visible from almost all areas of Tehran due to its very tall height and also different appearance and that’s why is known as one of the symbols of the capital of Iran.

The initial plan of this tower is related to part of the great Shahestan complex in the Pahlavi era but it was unfinished and never implemented after the Islamic revolution of Iran.
The head of the Milad tower consists of a large pod including 12 floors. 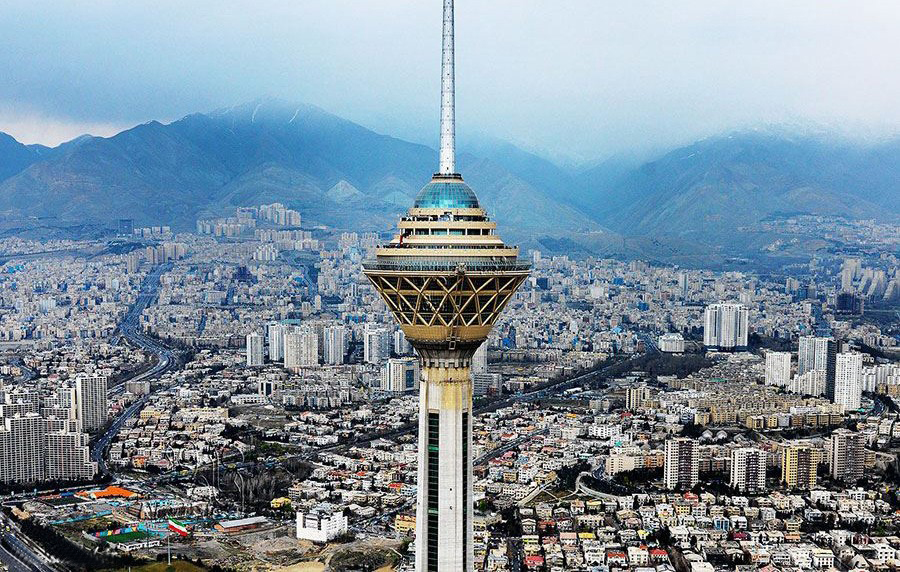 The Milad tower can be considered as part of the international trade and convention center of Tehran including variety of interesting sections such as five-star hotel, high quality cinema, various restaurants, a convention center, IT park, world trade center and etc.

Nowadays, most of important events such as various concerts, different seminars, wide range of inaugural ceremonies and etc. are held in the Milad tower due to variety of state of the heart equipment which fulfill all demands in the best possible way. The tower was officially opened on February 20, 2009 by the 55th mayor of Tehran and members of the city council of Tehran. It is noteworthy that more than 250 local and foreign journalists were covering the inaugural ceremony.
The first idea about a new symbol of Tehran was in 1990.

It should be mentioned that the current location of the Milad tower was selected based on variety of researches and studies of 21 areas by a professional group including urban development team, telecommunication company, economic team, architectural team, aerology team, television studies team, traffic studies team and etc. It’s clear that there were many reasons for choosing present position to construct the tower.
In the following, we mention to some of these reasons:

1) Easy and fast public access to the tower.
2) Easy and fast connection with telecommunication stations.
3) Beautiful views of the city’s spectacular landscapes.
4) Possibility of adding more structures in the future.
5) Television coverage.

Nobody should lose the Milad tower’s extraordinary view to the Tehran city and mountains. It will be very interesting and unforgettable for all travelers. 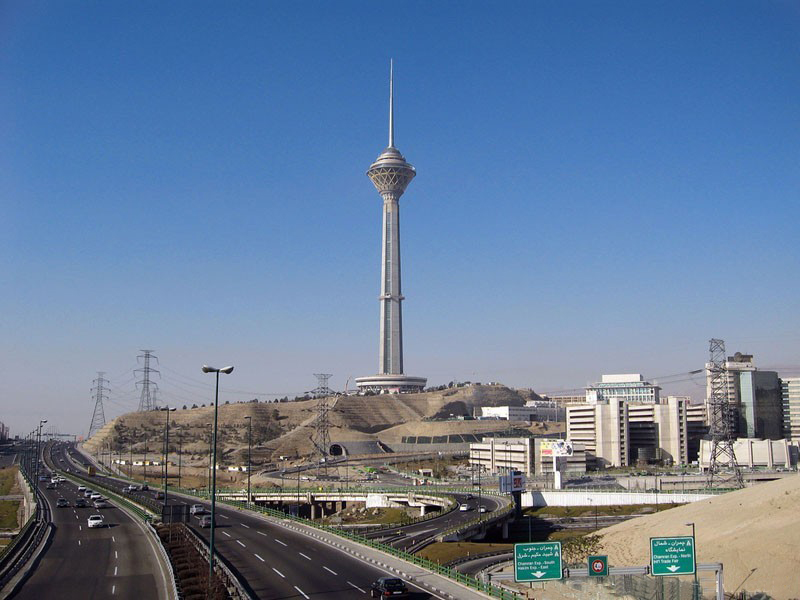 This great complex is located in the middle of 4main highways of Tehran to provide completely easy and fast access for dear visitors. The public transportation system is also good choice to reach this interesting tower. On the other hand one of the best facilities of Milad tower is it’s restaurants. There are some fast foods and also a restaurant in Milad tower and around it.

What is the main purpose to construct the Milad tower???  It is noteworthy that the tower was built in order to create an unforgettable structure as a new symbol of capital of Iran, Tehran and also to support telecommunication and television needs of the city. 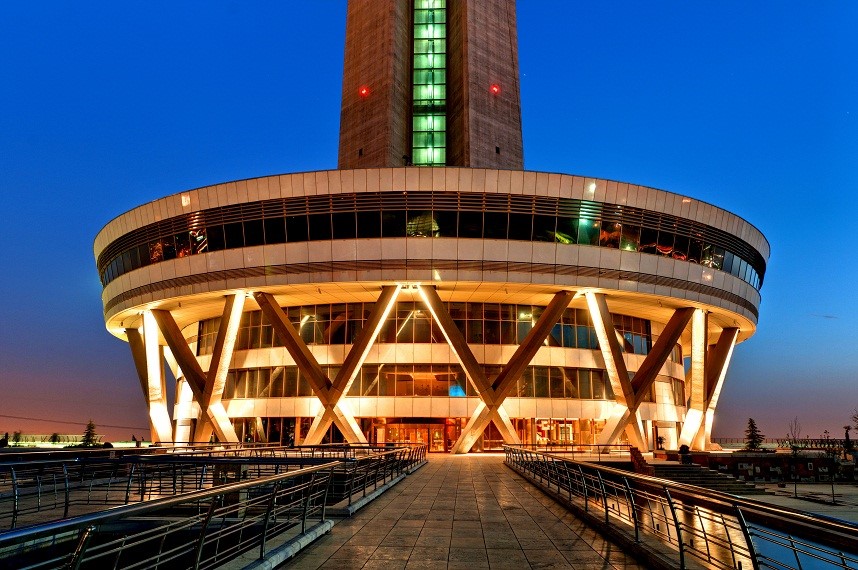 The lobby structure consists of six floors. The first three floors include 63 trade units, 11 food courts, a cafeteria and a commercial products exhibition which is supposed to be about 250 square meters. The ground floor is dedicated to the entrance and the gatehouse.

A revolving restaurant in head of the tower is one of the most famous and amazing restaurants of the capital, serving best and most luxury and glorified cuisines for dear clients. We strongly recommend you not to lose it. Nowadays many Iranians and also foreign tourists who travel Iran and stay in Tehran hotels, celebrate their ceremonies in Milad tower restaurant. This magnificent restaurant has great view and you can try different cuisines. So everything is ready to have fun and having a great lunch/dinner in Tehran Milad tower. There is dolphinarium in Milad tower complex. You may buy it’s tickets and sea cute dolphins and their performances. Dolphinarium of Milad tower is one of the best places in Tehran for watching marines and enjoy.

Moreover, it should be mentioned to the four-stage antenna mast which is about 120meters high. The lower floor supports all public user’s telecommunication demands and other three floors are dedicated to the antenna of the Islamic republic of Iran broadcasting.

In addition, the octagonal base of the Milad tower demonstrates symbol of traditional Iranian architecture. 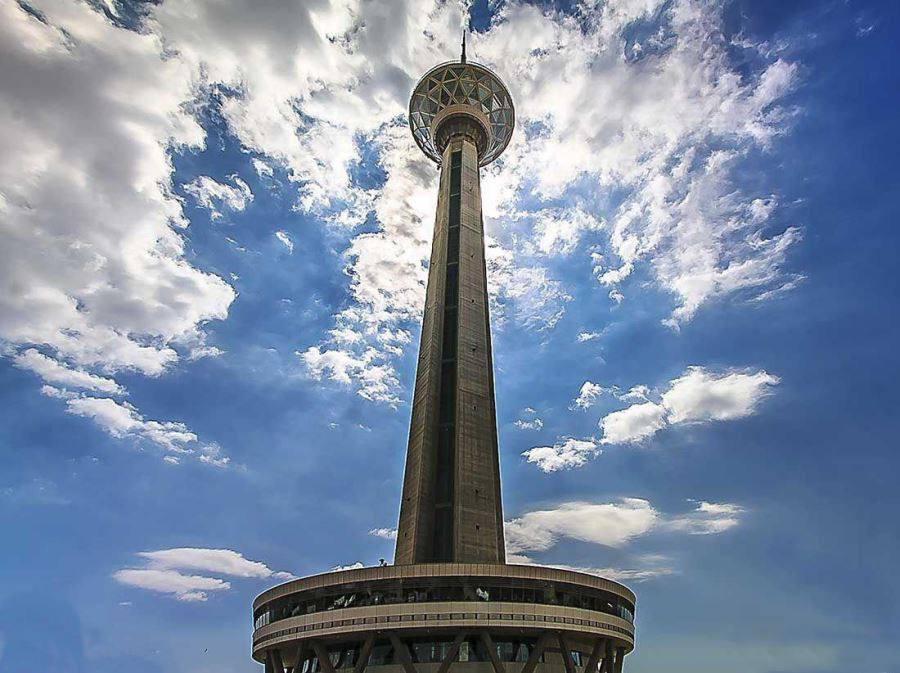 Hope to have most unforgettable moments in this attractive tower. You may visit Milad tower in Tehran, by booking best hotels in Tehran, Iran visa and Iran tours in our website.