The Fin garden is a Persian historical garden which contains Kashan’s Fin bath.
The origin of the garden and its monuments refer to the Safavid era.

The garden was built in an area with about 23000 square meters. It includes a central yard which is surrounded by walls and cylindrical towers. 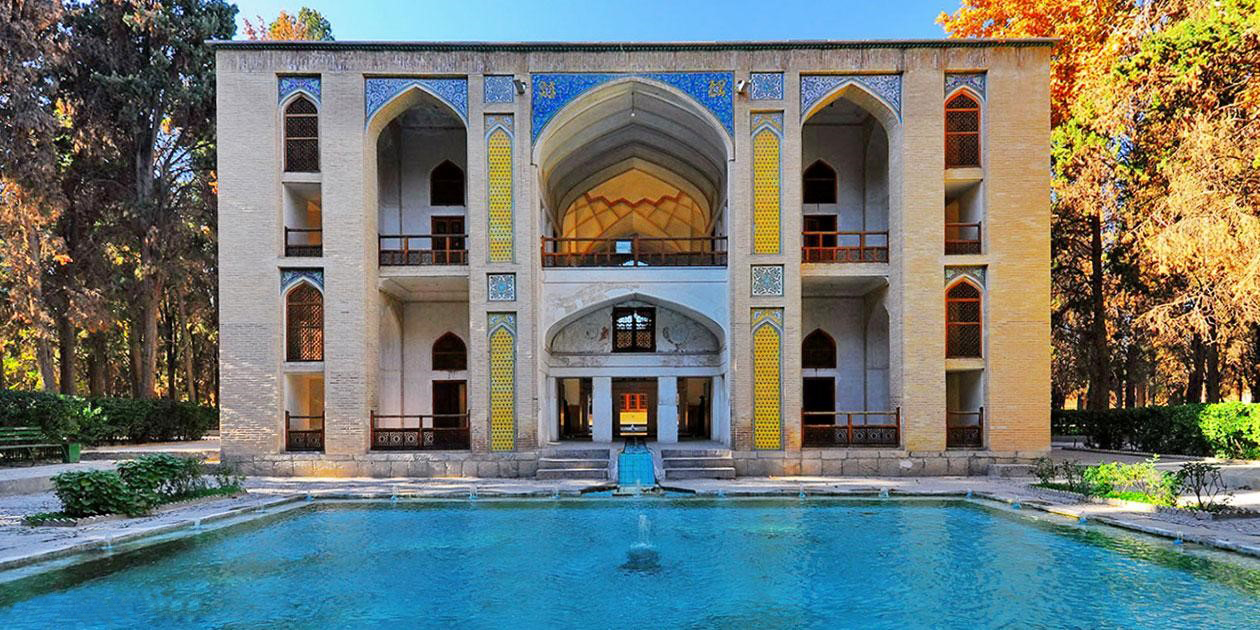 It should be noted that Fin garden is the oldest extant garden in Iran.
The Fin bath is also among most important sections of the garden where Amirkabir, chancellor of Qajar was murdered by an assassin sent by king Nasereddin Shah in 1852.

On the other hand, this garden contains large amount of water sources compared to other gardens of the country.

This garden with its monuments was registered as a national property of Iran and some years later registered also globally in the UNESCO booklist. Some historians believe that the garden has been relocated from another place but no clear picture of it has been found yet.

The garden was developed during some dynasties such as Safavid period from 1633 to 1666 and was also highly recognized during the Fat’h Ali Shah Qajar’s government.

In other words, the garden was noticeably extended and some sections were added.
Unfortunately, the garden was ruined several times within the next eras and underwent through inattention.

UNESCO announced the garden a world heritage site on July 18, 2012.
Moreover, the national museum of kashan was built during the Pahlavi period and another monument was also built between the library and baths. Other monuments were also renovated in the Pahlavi era.
There is a spring on a hillside behind the garden which is supporting different water sections of the garden.

It is noteworthy that variety of fountains and pools could be made without the need for mechanical pumps because of high water pressure of the aforementioned spring.

UNESCO ordered after creating global document to make some changes in pavement and ground of the garden which all of them are done in the best possible way.

It should be noted that the garden was suffered from inattention and mismanagement during recent years.

Due to various and numerous cypress trees, Passengers will experience unforgettable moments in a calm and spectacular environment.

In addition, dear visitors can feel combination of architectural elements of the Safavid, Zandiyeh and Qajar periods.

On the other hand, dear travelers feel a completely live identity due to water and tree which are two dynamic elements accompanied by historical monuments.

This garden is among Persian gardens which is still alive and spectacular.
We can claim that the water was main and important element to design the garden. 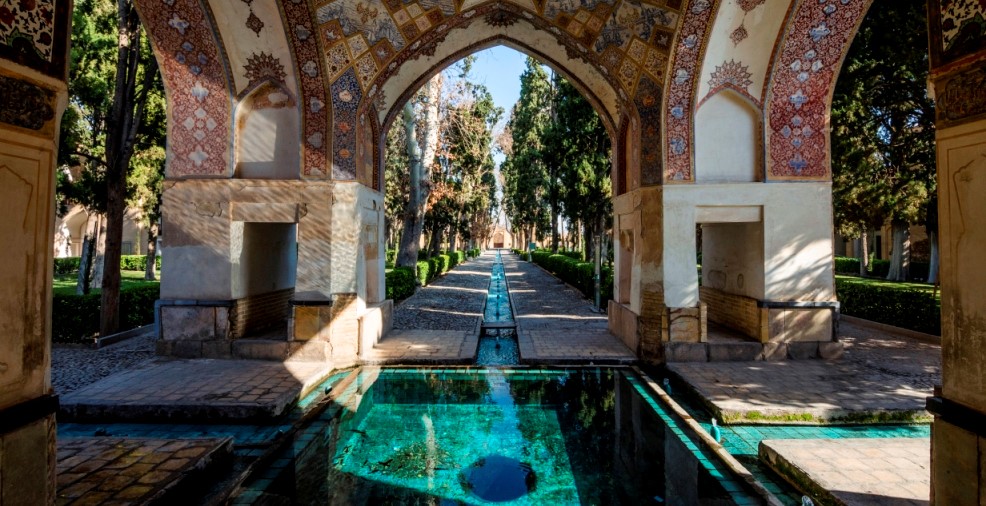 Actually, water can be seen in variety of forms such as fixed water, running water, fountain water and etc. It’s clear that each form demonstrates an unique concept.

Generally, large amount of water and its running in cyan raceways in an area where water is really scarce is in clear contrast with completely dry desert and unkind nature, existed behind the garden’s walls.

Water supply system of garden was designed by a prominent mathematician of 10th century and Safavid era; Ghiyathoddin Jamshid Kashani. He used the level difference rule and natural gradient of the earth in order to support this amazing water supply system 200 years ago. Nowadays, this water supply system is still working naturally without the need for any mechanical or automatic tools which is very interesting and unbelievable for large number of visitors from all over the world.

In comparison with many of the Persian gardens of this era, the Fin garden employs many water features.

On the other hand, the tree element was used considerably to construct this enjoyable garden. The Fin garden contains numerous trees including 579 cypress trees and 11 plantain trees.

It seems that the evergreen cypress tree had a great role to design and construct the garden.

The cypress tree is a symbol of beauty of human in Persian literature which motivates lots of designers to use this beautiful tree in their works. 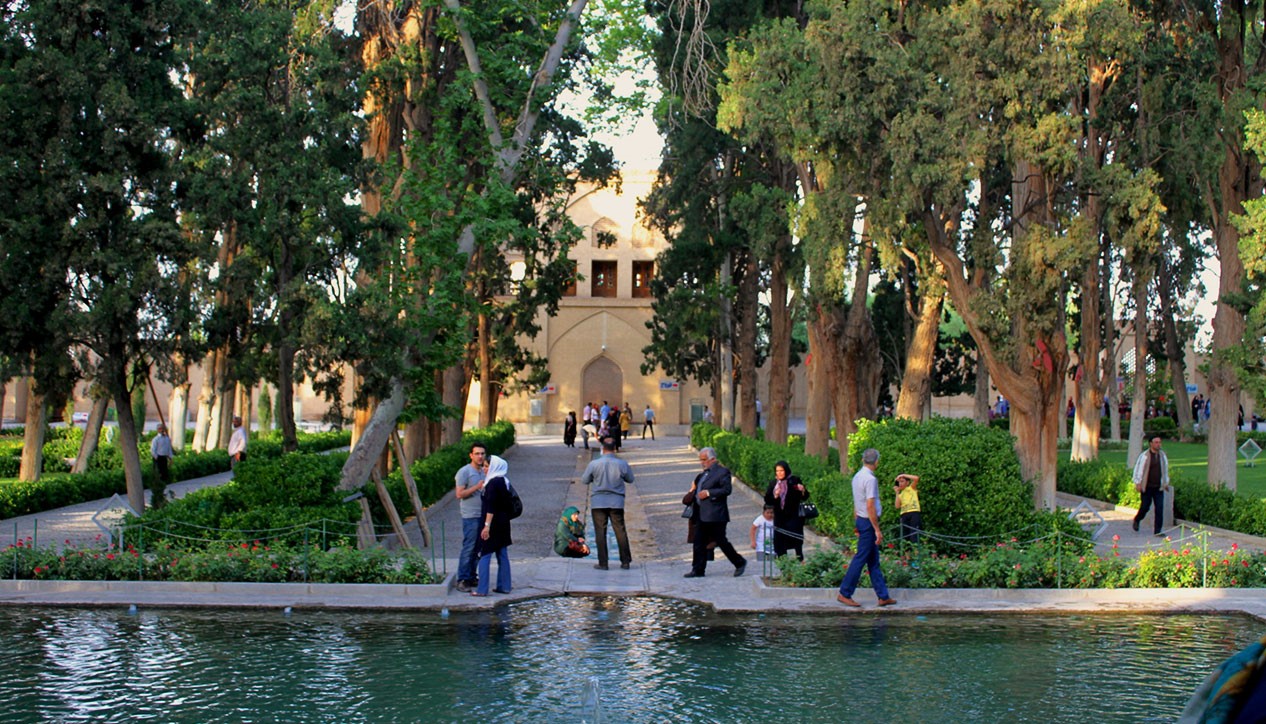 Most of trees are 100 to 470 years old.
Unfortunately, the trees were suffered from neglect during recent years due to variety of reasons such as severe frostbite, non-technical involvement, construct limestone and concrete pavements, irregular irrigation and etc.

We can claim that nobody should lose beauties and wonders of the Fin garden.

Have an interesting travel to Kashan.