The Hasht Behesht palace is a historical palace; located in the Isfahan city which was built long years ago during the Safavid era.

The building of this palace is located in the middle of a big garden. 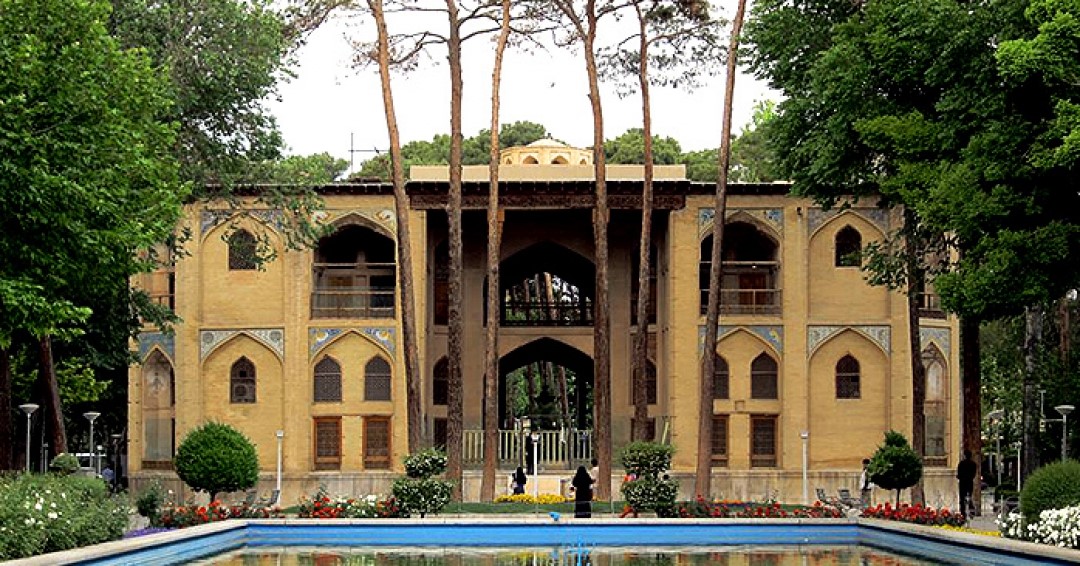 The building consists of two floors which demonstrate special style of Isfahan architecture. 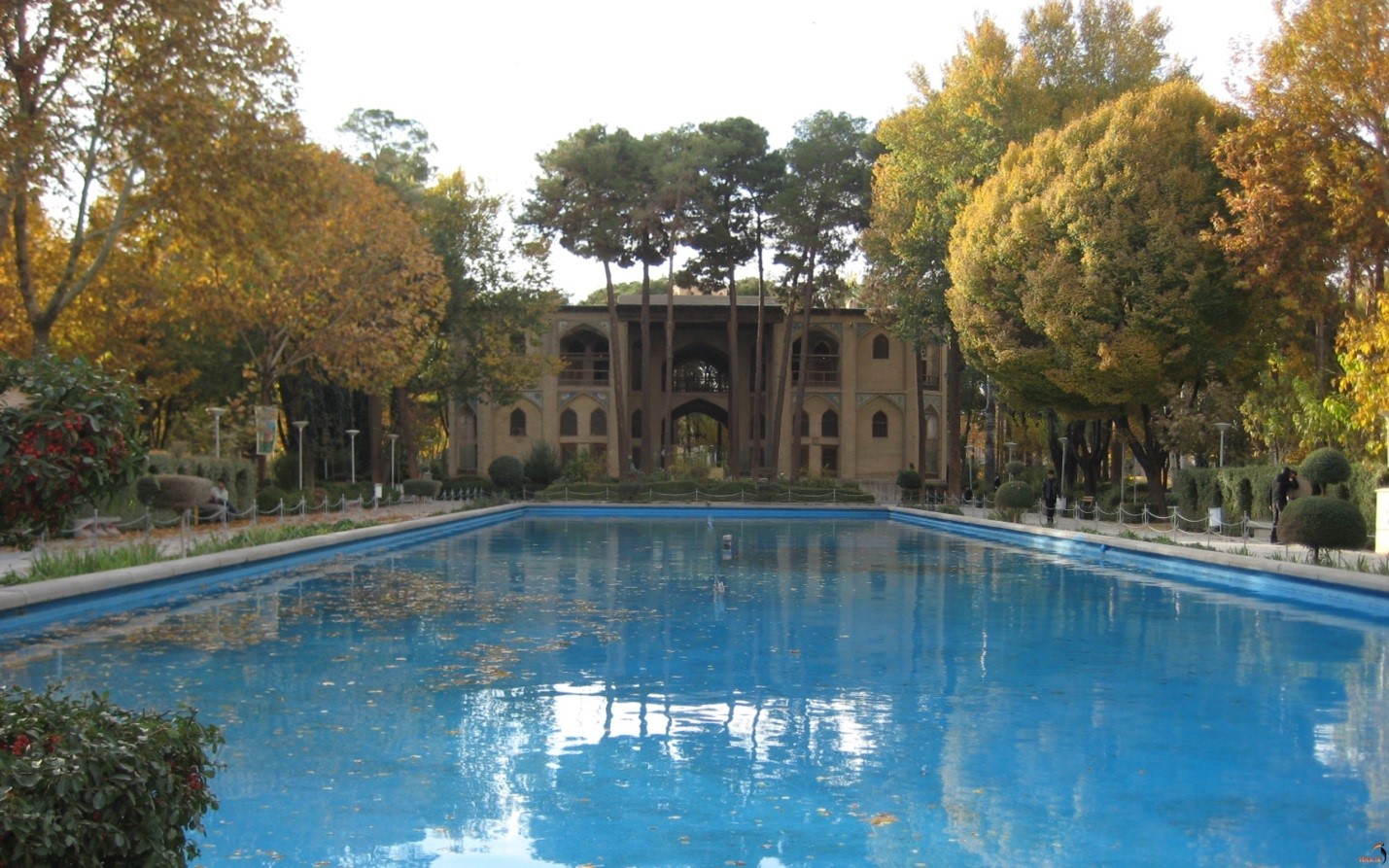 This palace was built in 1669 and nowadays is under the supervision and protection of Iran’s cultural heritage organization.

The Hasht Behesht palace which was known as the most beautiful palace of the world is related to the Shah Soleyman and was built close to the Bolbol garden. 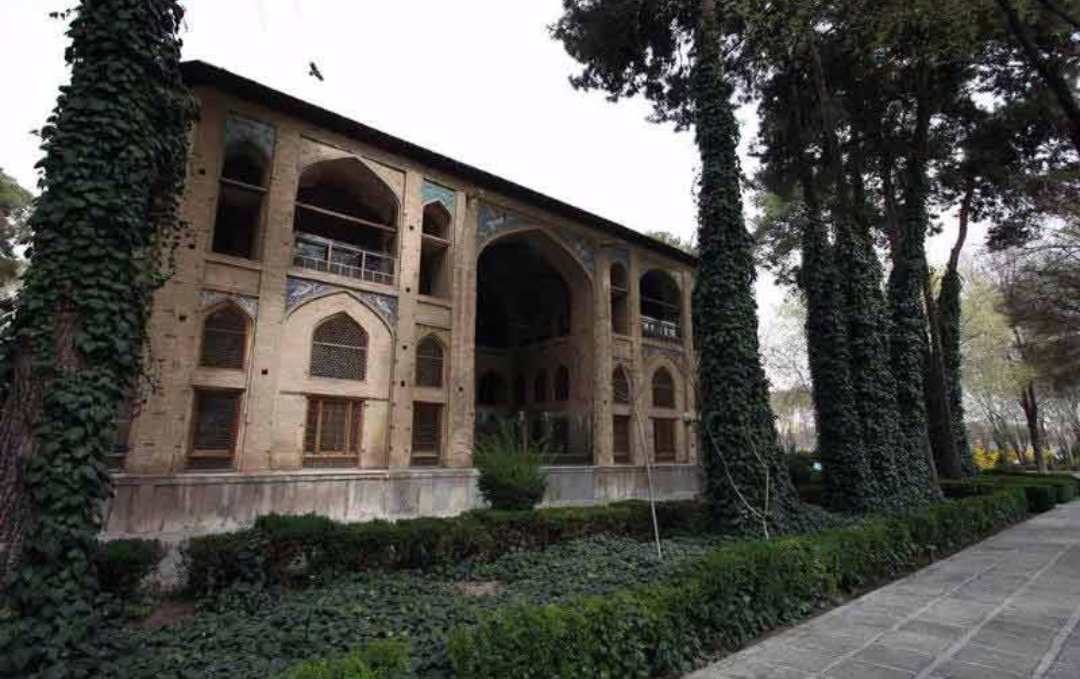 The vast garden where the mansion is located was a part of the Naghsh-e Jahan garden during long years ago and later the garden was divided to several sections.

The Hasht Behesht garden was existed during the Shah Safi period and kings of the next eras such as Shah Abbasi II and Shah Soleyman added to trees and beauties of this spectacular garden. 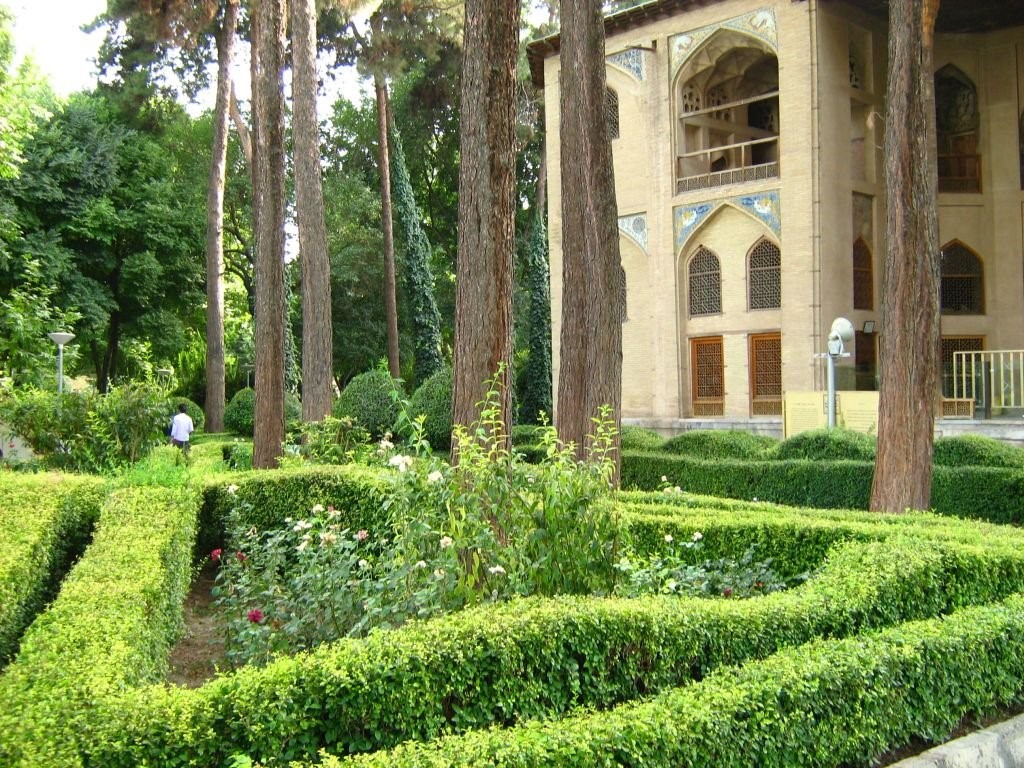 The palace of the garden is related to the Shah Soleyman and was completed during the third year of his monarchy. 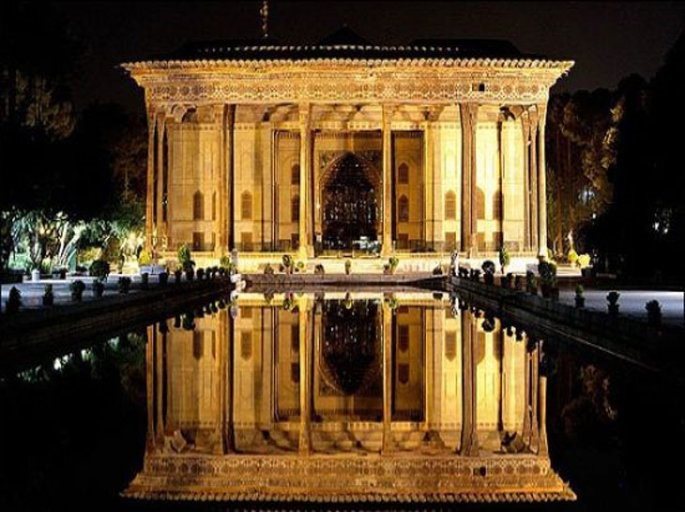 This two story mansion which is covered by variety of embellishments and beautiful arches can be considered as one of the brilliant works of the Isfahan architecture. 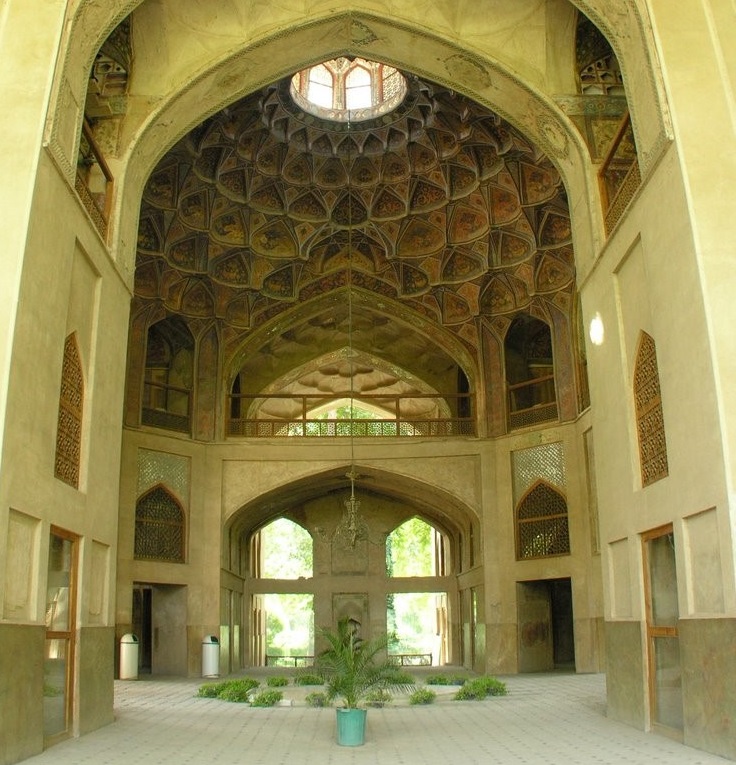 The palace named “Hasht Behesht” from the beginning of its construction.

The central part of the palace was built with four vaults and its porch is facing the north. 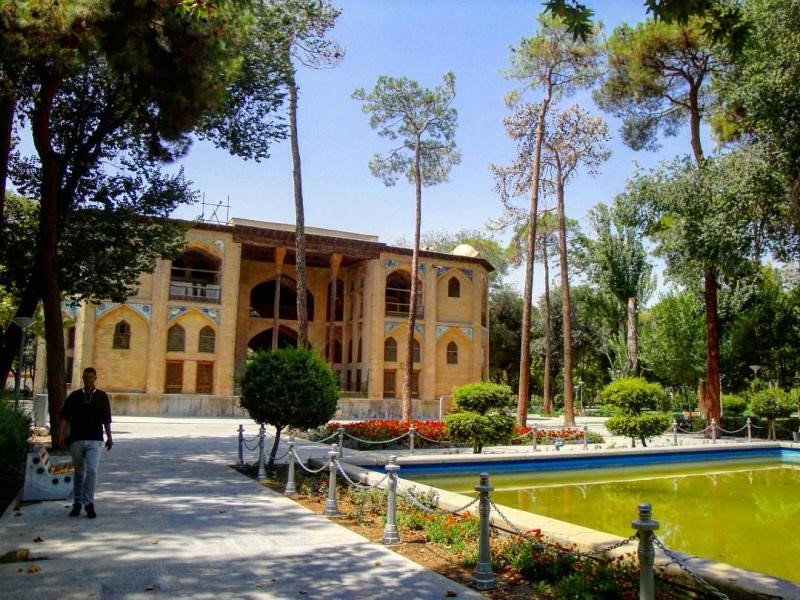 Moreover, the ceiling of the building is covered by colorful beautiful stucco accompanied by eye-catching designs. 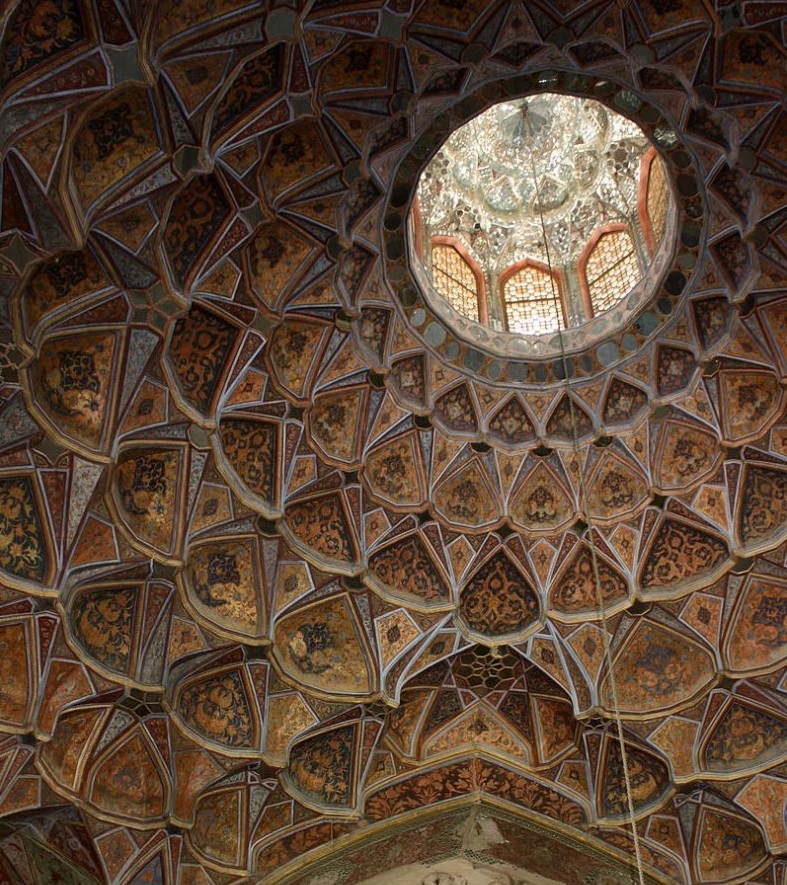 All rooms of the first story have various beautiful embellishments including stucco and paintings. On the other hand, you will see variety of traditional porches, rooms, arches, and windows which multiply beauty of the palace in the best possible way. 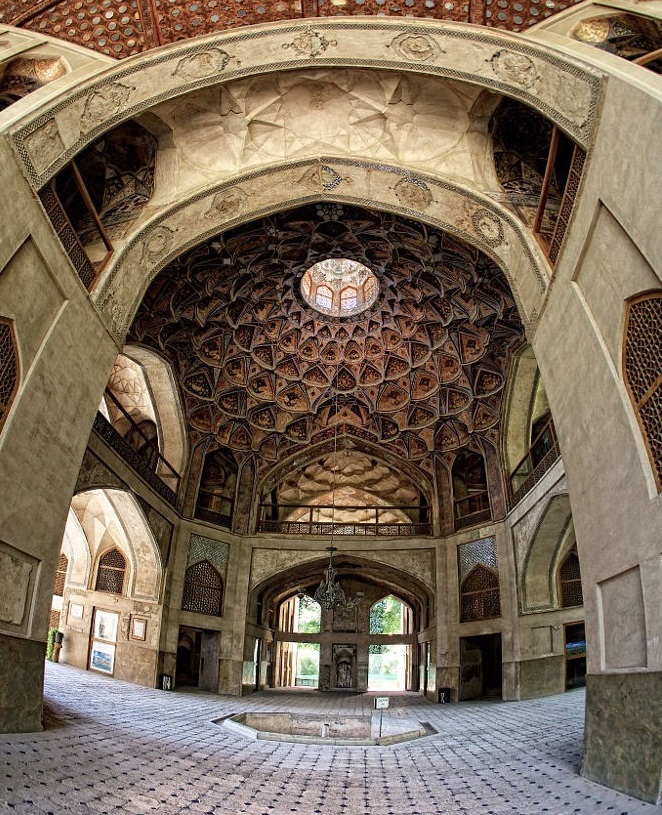 This story includes different corridors and rooms that each one has its own and unique embellishments and beauties. For instance, several beautiful ponds and wall heaters are installed in some rooms which are very interesting on arrival for large number of visitors from all over the world. 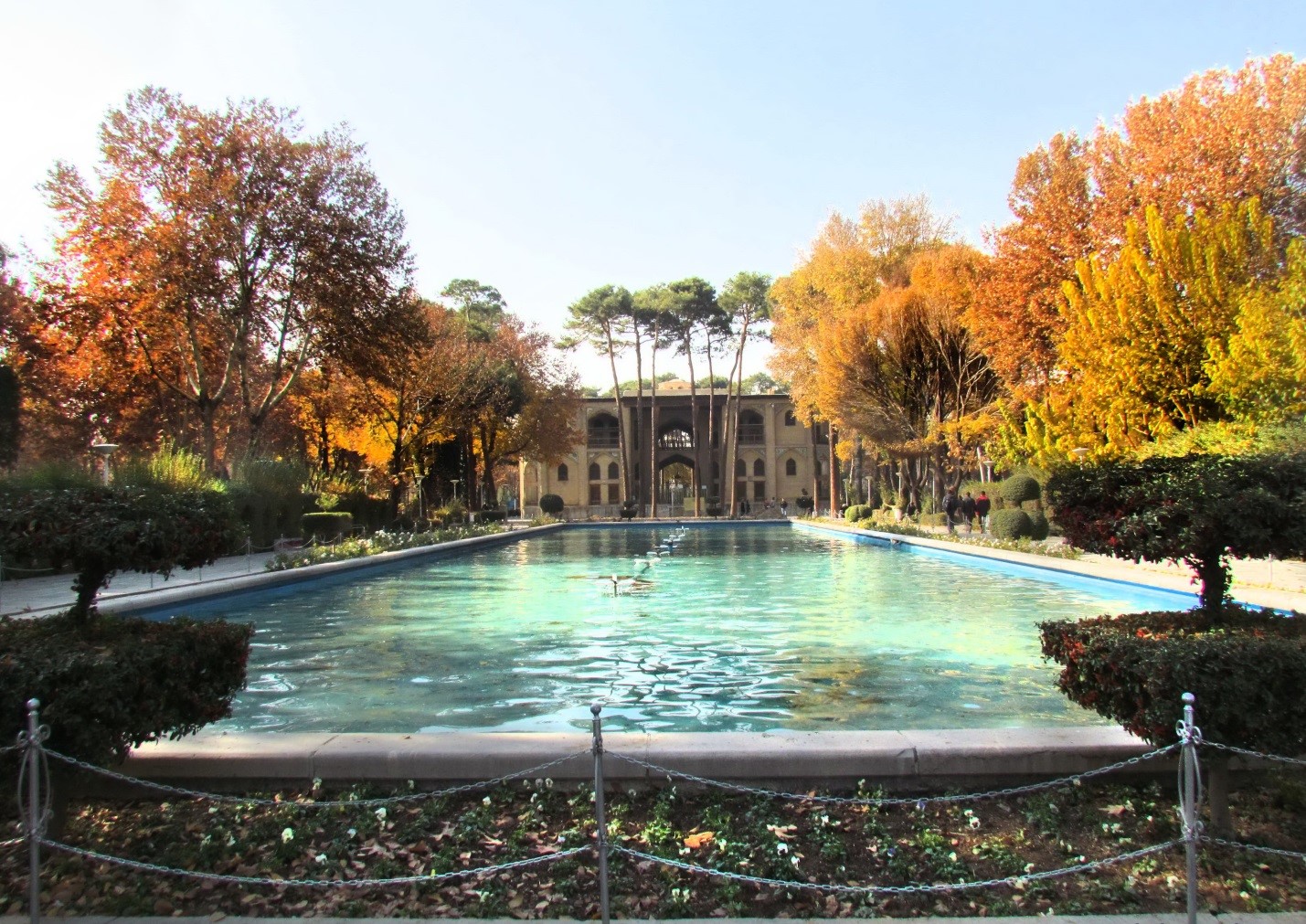 In addition, all walls are covered by very interesting mirror works.

Variety of excellent mosaics are used during construction of the roof. 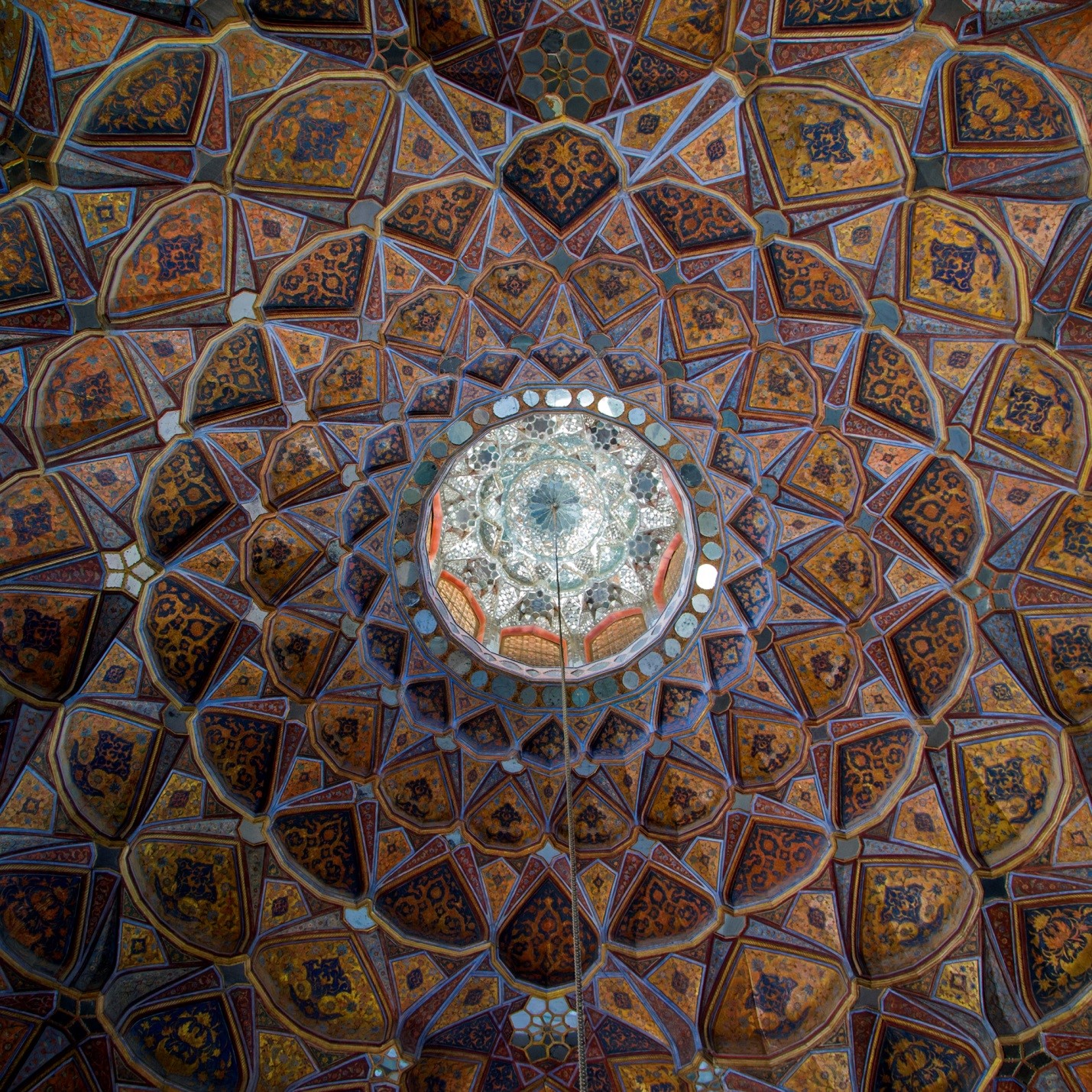 The most important feature of the palace is that there is special connection between various sections and environments of the mansion.

In other words, dear visitors feel unity and integrity throughout the palace although various environments and decorations are on display.

Of about forty monuments that existed in Isfahan city during the Safavid era, this is the only one left today. 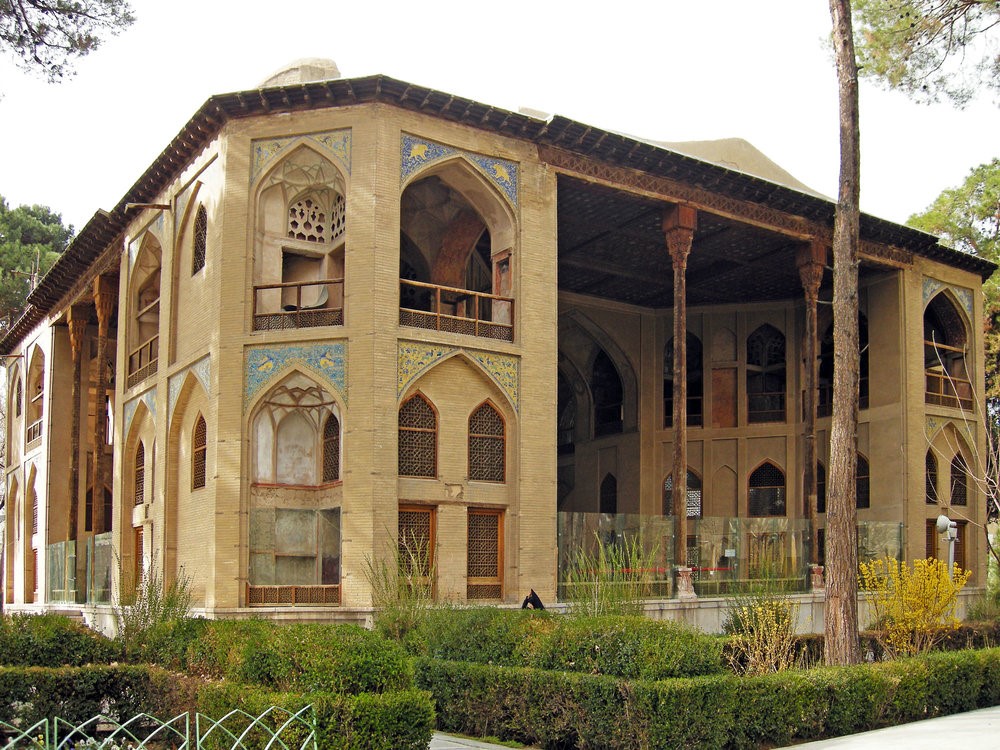 It should be noted that all embellishments and decorations of the mansion are very glorified and artistic in a way that many travelers have been described them in their travelogues. Variety of architects and designers created most of their works according to designs and embellishments of the Hasht Behesht palace.

It is noteworthy that many tourists and travelers who have been visited the exterior and interior parts of the palace believe this palace can be considered as one of the best mansions of the world. 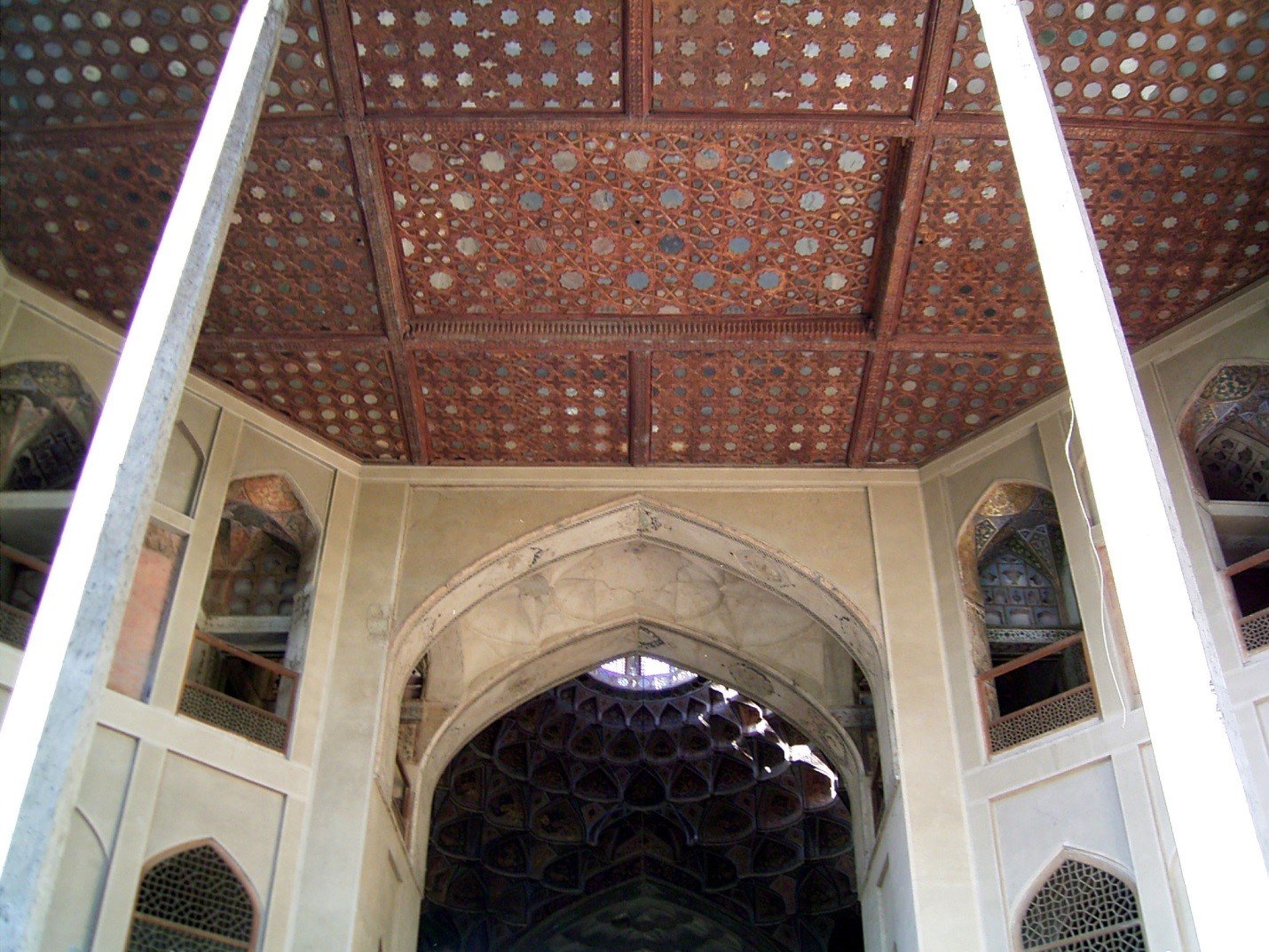 One of them described here as the more pleasurable place in comparison to most glorified palaces of the European countries. 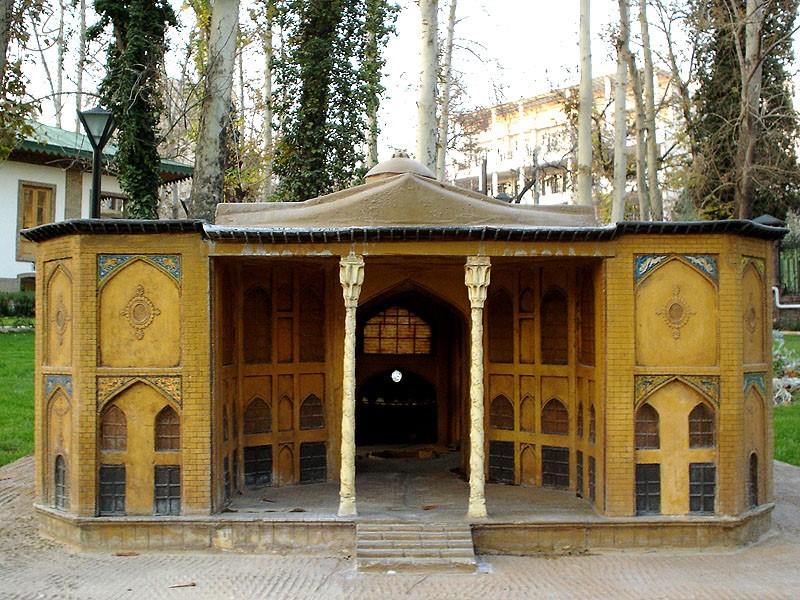 Please do not lose enjoy of visiting this unforgettable attraction because it will turn your travel to one of your best memories. 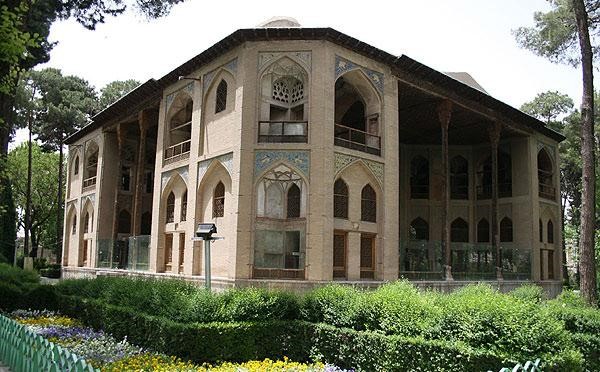 Hope to have sweet and dreamy moments in the Hasht Behesht..