The Eram garden is an old Iranian garden including several historical monuments and botanical garden. 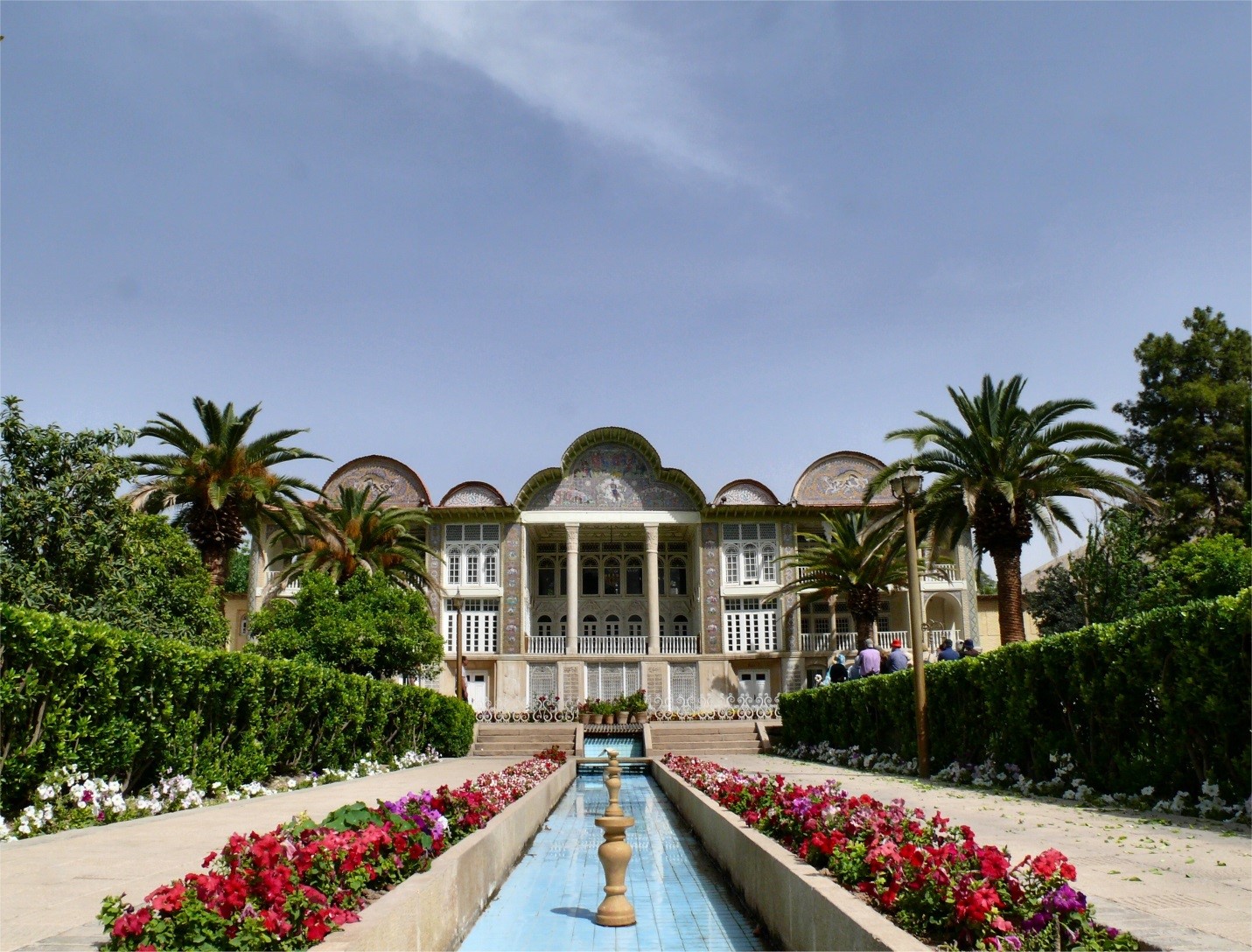 The root and exact day of first act to construct the garden is not completely clear but there are some descriptions in old travelogues of 11th and 12th century.

This garden was alive during the Seljuk era. 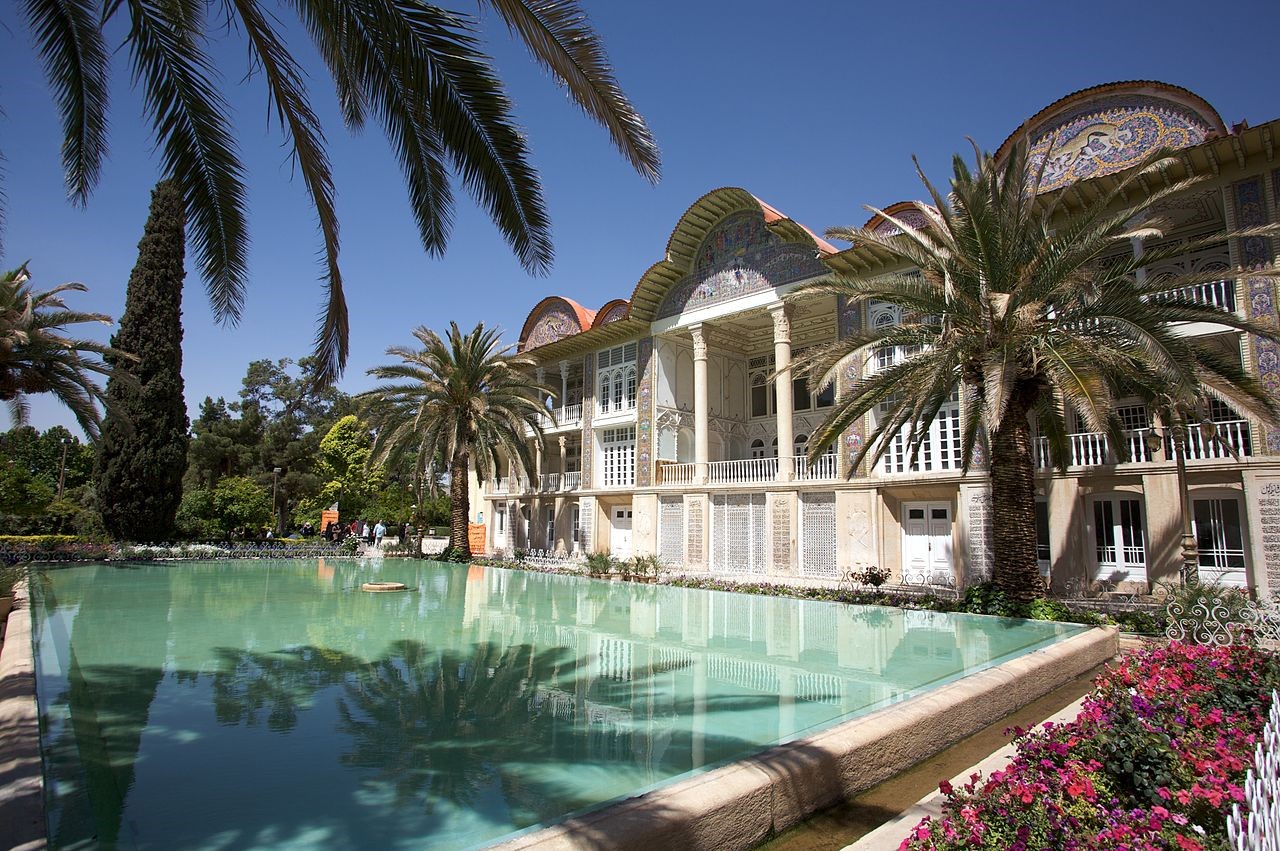 Here, you can see wide range of plants. 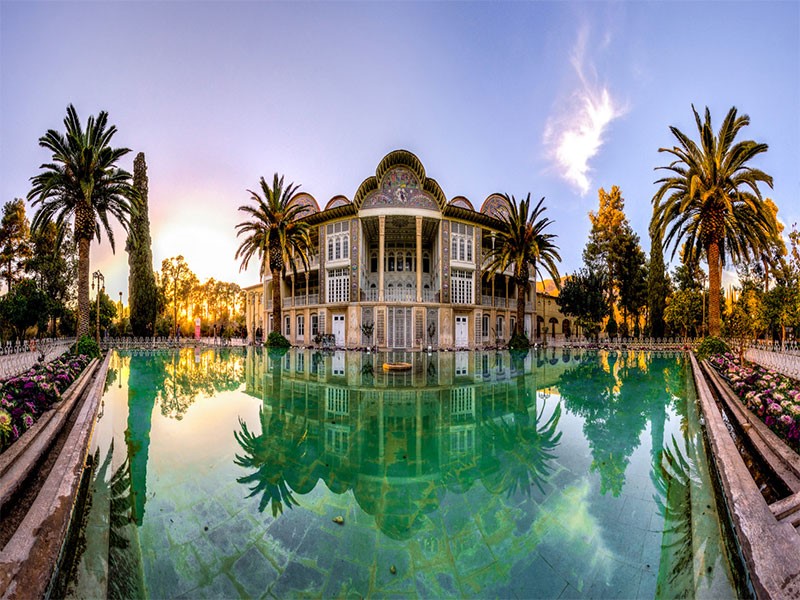 Actually, the garden includes variety of plants related to lots countries of the world.

In other words, this garden can be considered as an exhibition of flowers and plants. 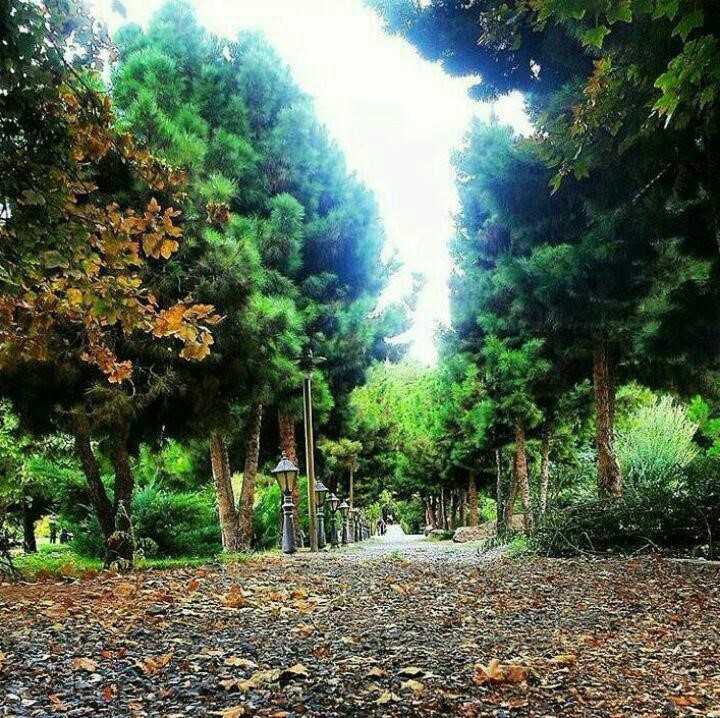 Today, this garden is belongs to the Shiraz university. 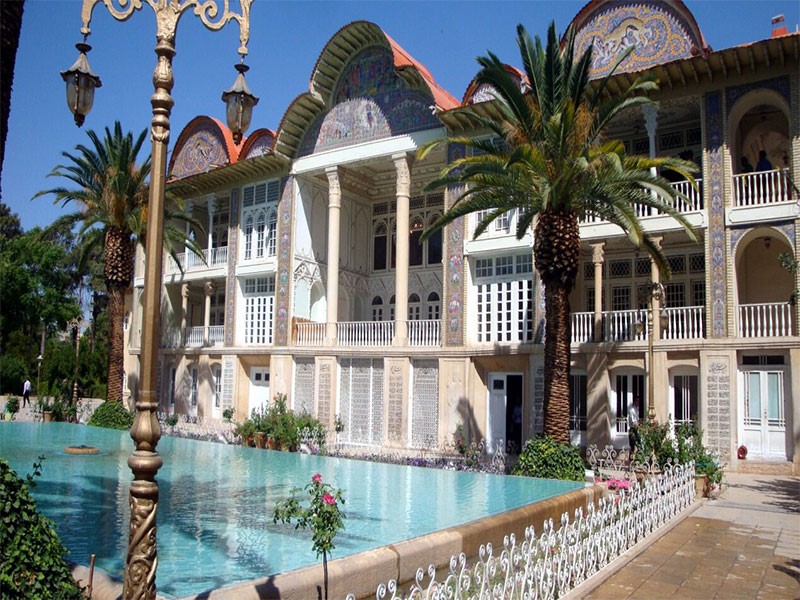 The Eram garden of Shiraz was designed completely by an Iranian and local architecture named Haji Mohammad Hasan.

This structure is consists of two stories including 32rooms which are decorated by very beautiful embellishments such as tiles with poems of the Hafiz, the famous and prominent Iranian poet. There is a beautiful mansion in central section which is central core of the garden.

This building was built during Qajar dynasty and based on style of the Zandiyeh architecture. 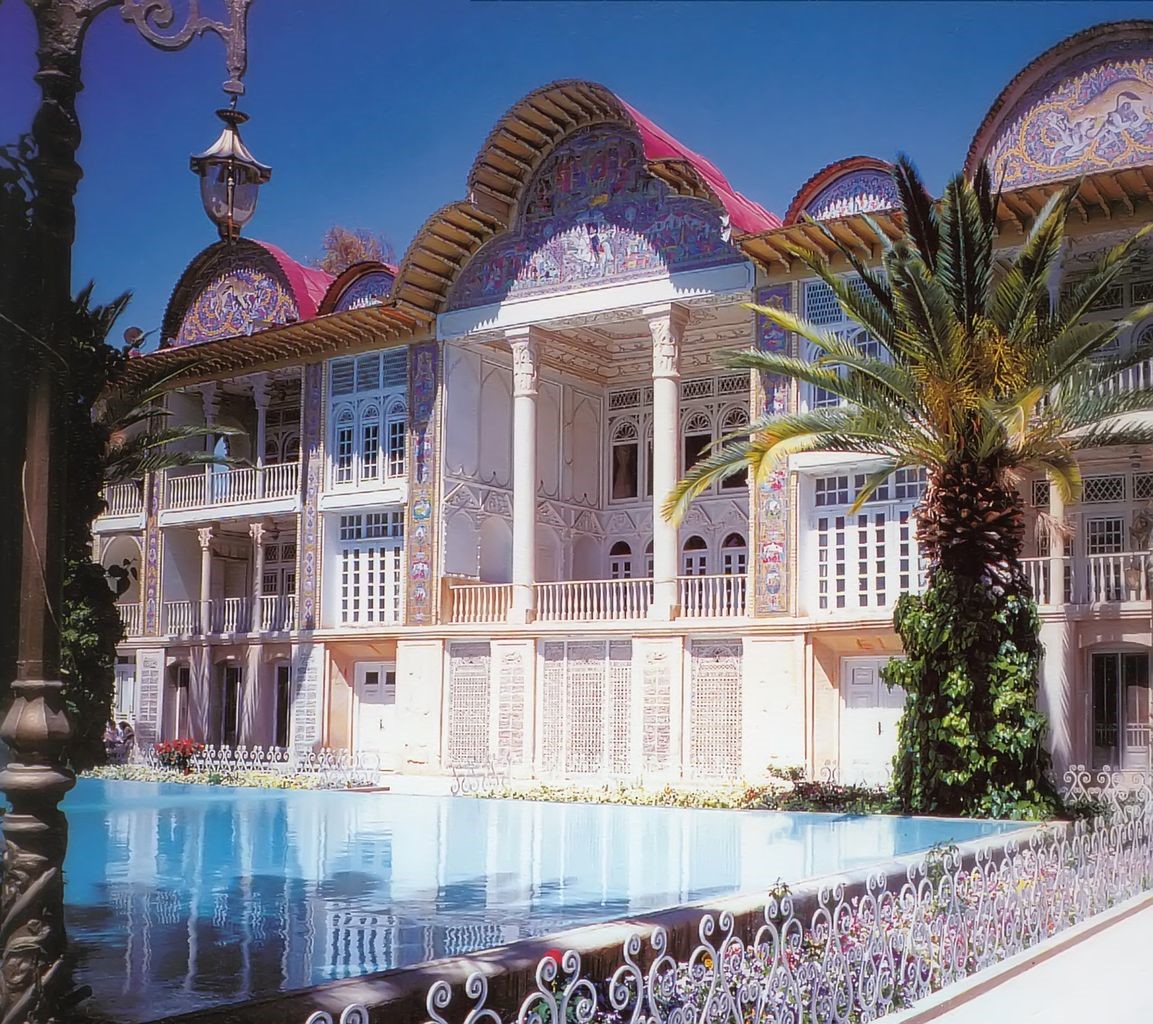 Actually, this building is a really masterpiece of the Qajar era’s architecture due to its amazing painting, tiling and stucco. 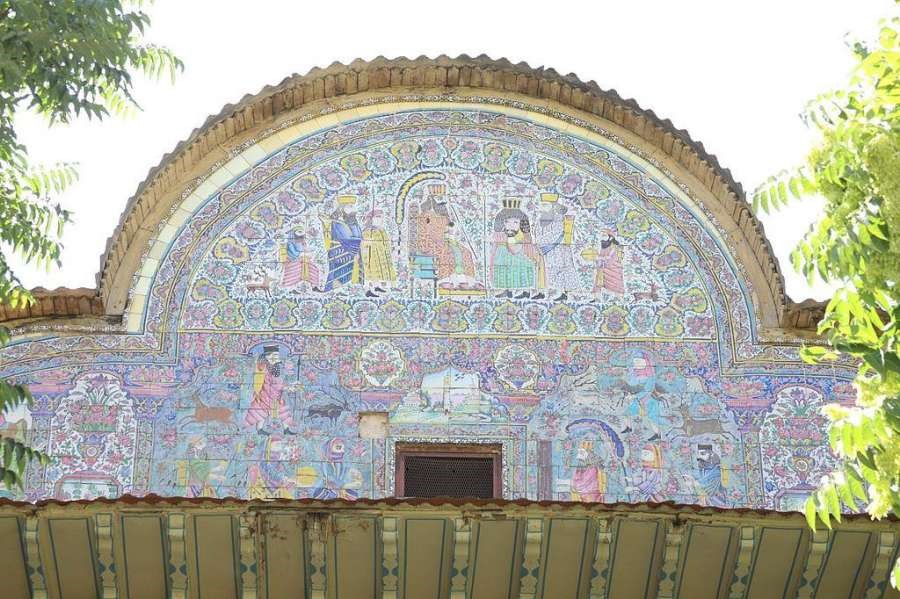 Several rooms are located in the floor below to having rest and relaxation during warm days of the summer season. Moreover, many pillars are also in display in the other two stories, inspired by pillars of the Persepolis. Today, the Eram garden in under supervision and protection of Iran’s cultural heritage organization.

The garden and the building within it, are located in the northern shore of the Khoshk river in the Fars province.


The garden has more than 3hectares space, covered by various beautiful trees. There is a street located from east to west side in center of the garden which is known as most attractive part due to many amazing trees in both sides.

Actually, the garden refers to the Naser ed Din Shah of the Qajar dynasty and current building was built by efforts of the late Nasirolmolk. 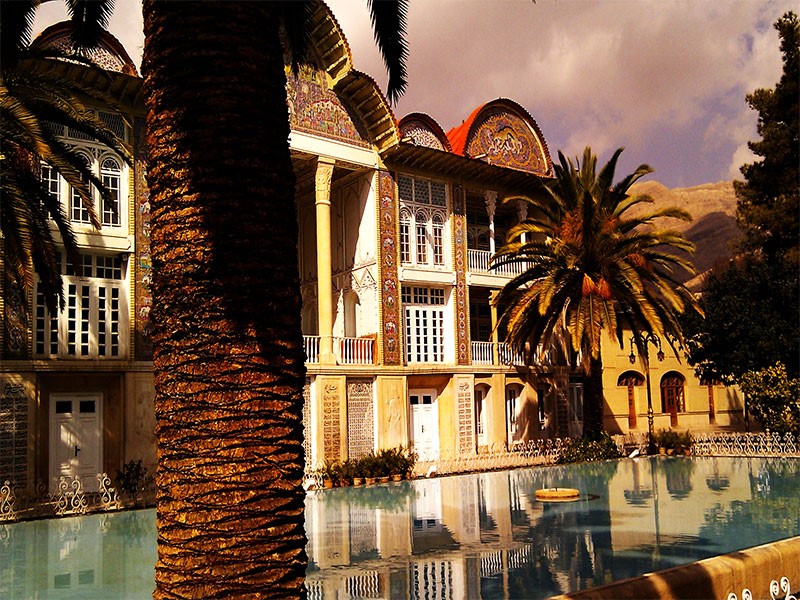 There are some inscriptions left from old eras in various sections of the garden.

Many mirror works and attractive oil paintings of the ceiling were restored.

Additionally, outdoor space of the garden was also restored according to main designs and finally variety of collapsed tiles were installed again in the best possible way.

On the other hand, variety of old windows are also among very interesting and eye-catching objects of the garden which are located in the first floor.

A special wood called Saj with high degree of strength was used to make doors of the garden and that’s why all of them are intact yet. There are lots of inscriptions throughout the garden that each one refers to one special era. All of them are very interesting and eye-catching for dear visitors.

The Eram garden is known as main and important attraction of the Shiraz city and most of travelers want to visit here several times during their stay due to its unique and dreamy atmosphere. 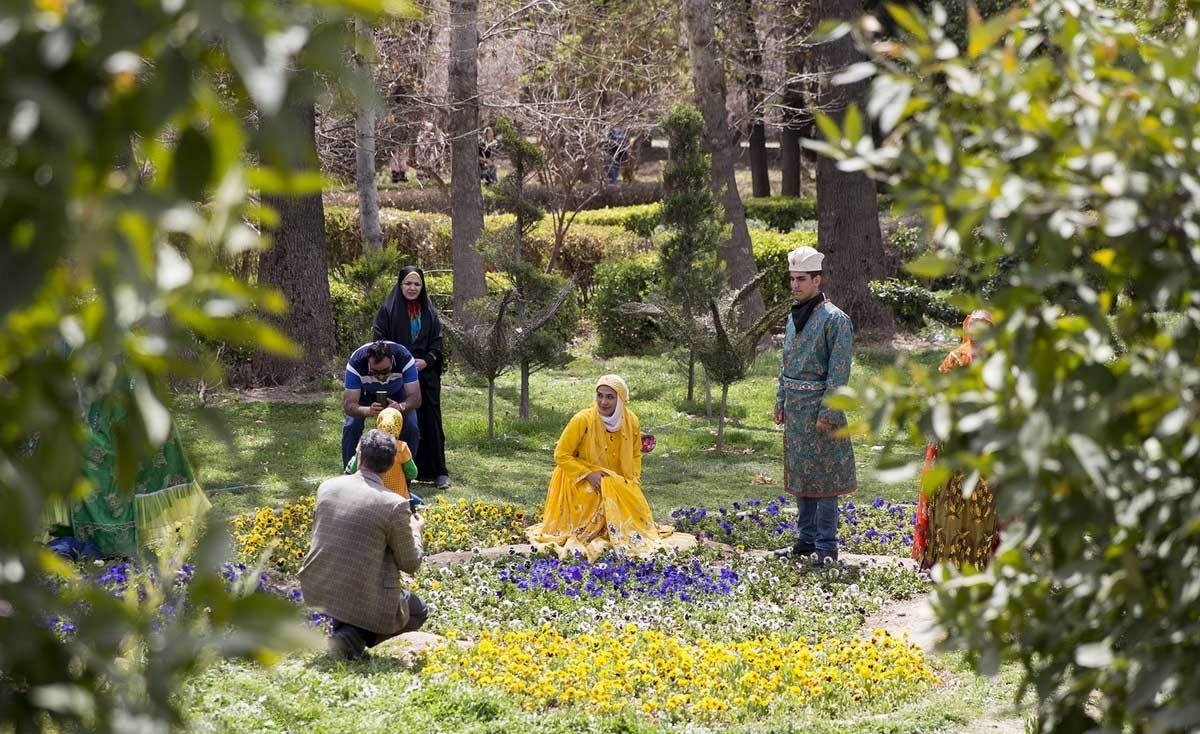 We can guarantee that you will experience most enjoyable moments of your lifetime in this amazing garden.

Have dreamy moments in the Eram garden of Shiraz.