The Amir chakhmaq square is one of the most important attractions of the Yazd city. This complex is consists of bazaar, mosque, cistern and etc. which date back to the Timurid era.

Actually, this beautiful complex can be considered as one of the most prominent historic and recreational complexes of Iran.

This square is located in center of Yazd and was built by governor of Yazd during that era; Jalal – al –din Amir chakhmaq and assistance of his wife in the 15th century. 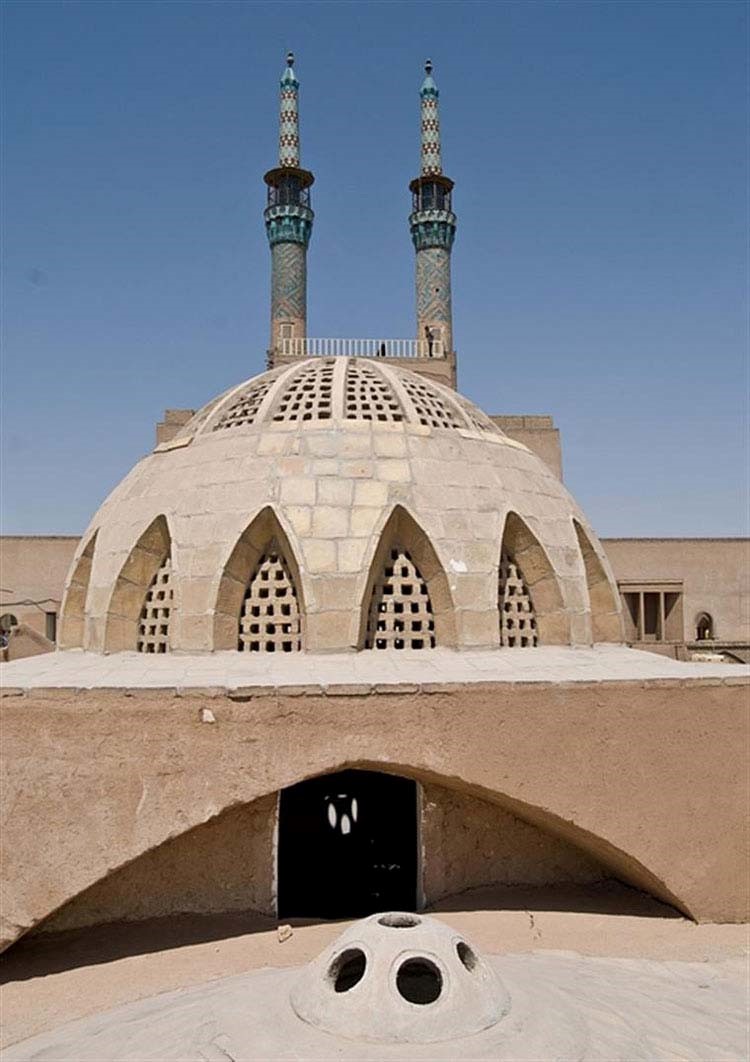 The square is consists of three great Tekye that are used to commemorate the death of Imam Hussain.

The Amir chakhmaq mosque is the most important part of the complex. There are some distinctive features which make this mosque different such as an amazing stone installed on it, eye-catching tiling of its dome and etc. 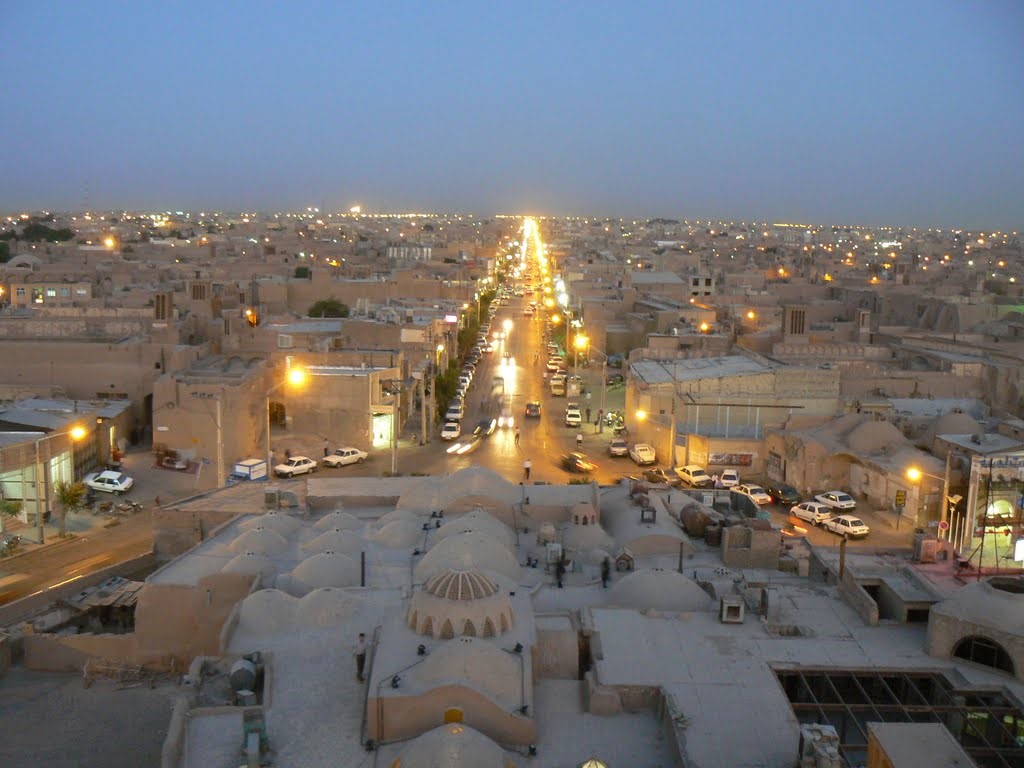 There is a great bazaar in the east side of the Amir chakhmaq square named Haji Ghanbar bazaar. This bazaar is an interesting shopping center for large number of visitors from all over the world.

This square was one of the main squares of the Yazd from long years ago and people were gathered here to hold variety of ceremonies. 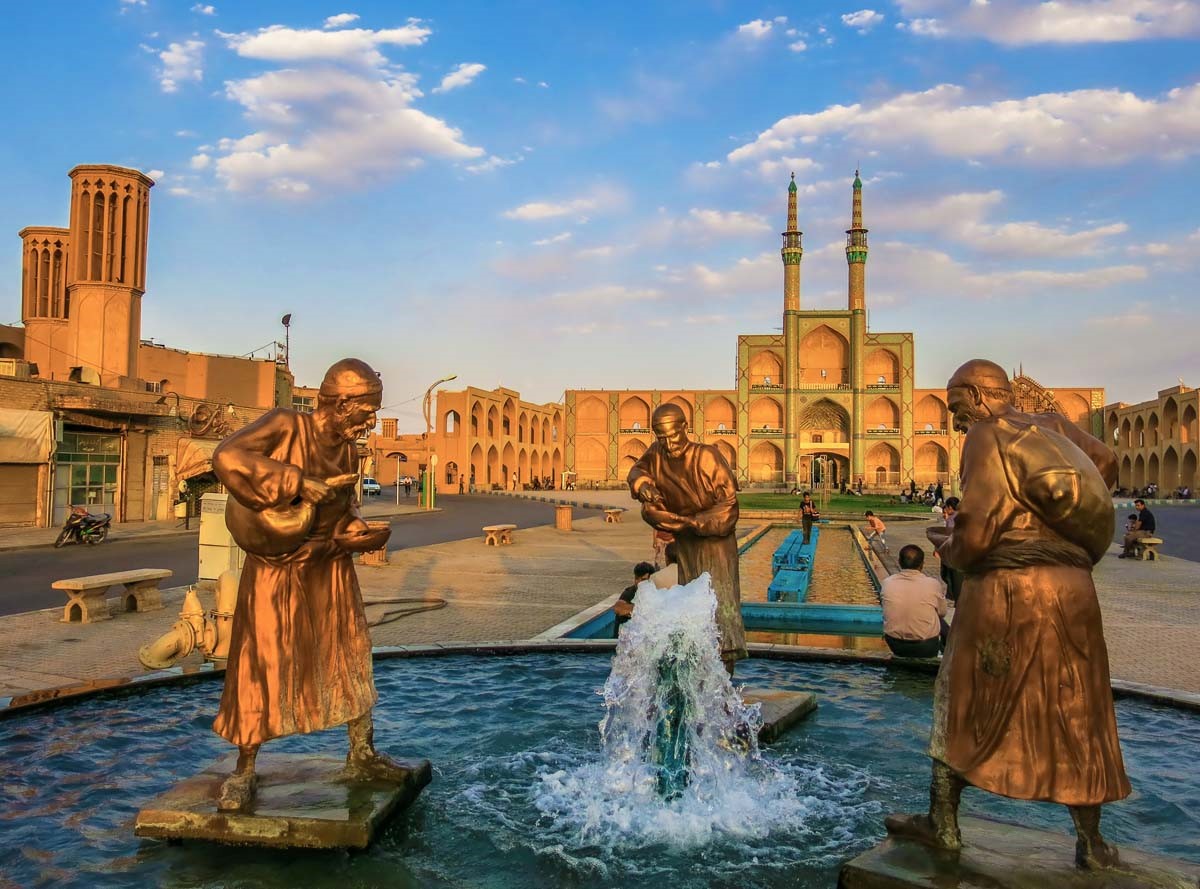 This square which can be considered as a symbol of Yazd city is located in the Salman-e  Farsi street of the city. It should be noted that this area will be turned to only walking area due to protect in the best possible way and car entry will be forbidden as soon as possible.

On the other hand, appearance of this square has been changed and became more glorious and spectacular due to beautiful artificial lake and copper sculptures. 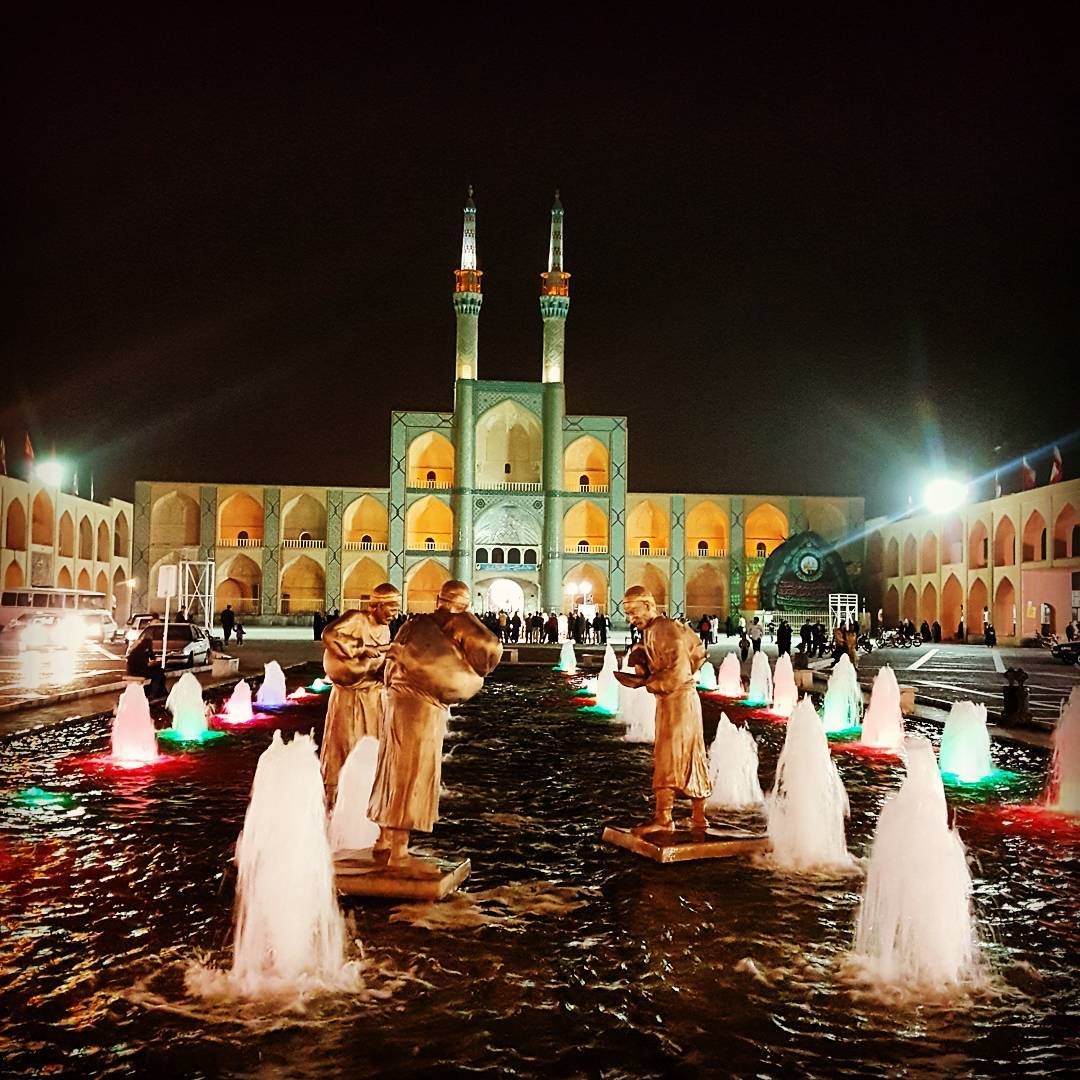 Moreover, there is a great palm in the corner of this square which dates back to the Safavid era and is used in the Muharram month (holy month) in which Shia people gather to commemorate death of Imam Hussain. 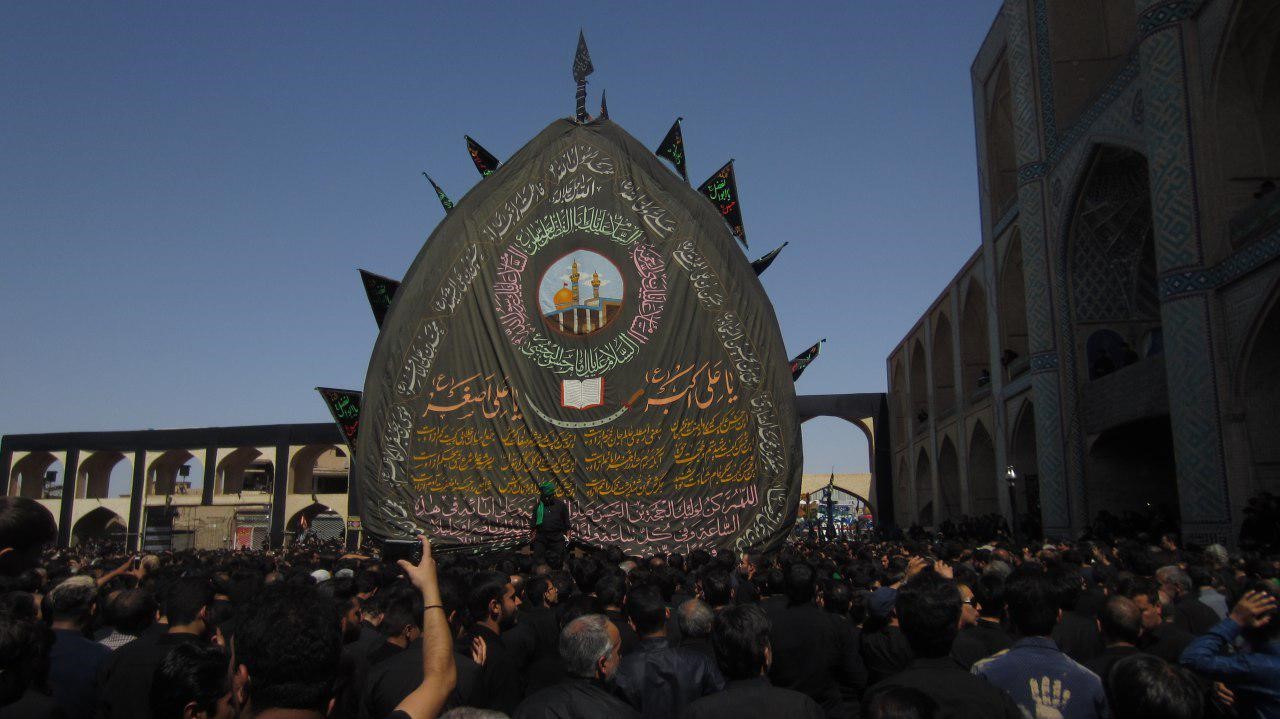 Additionally, the Amir chakhmaq cistern is also another attraction of this   prominent complex next to the Haji Ghanbar bazaar. This historic cistern   was also registered as a national work in 2005. 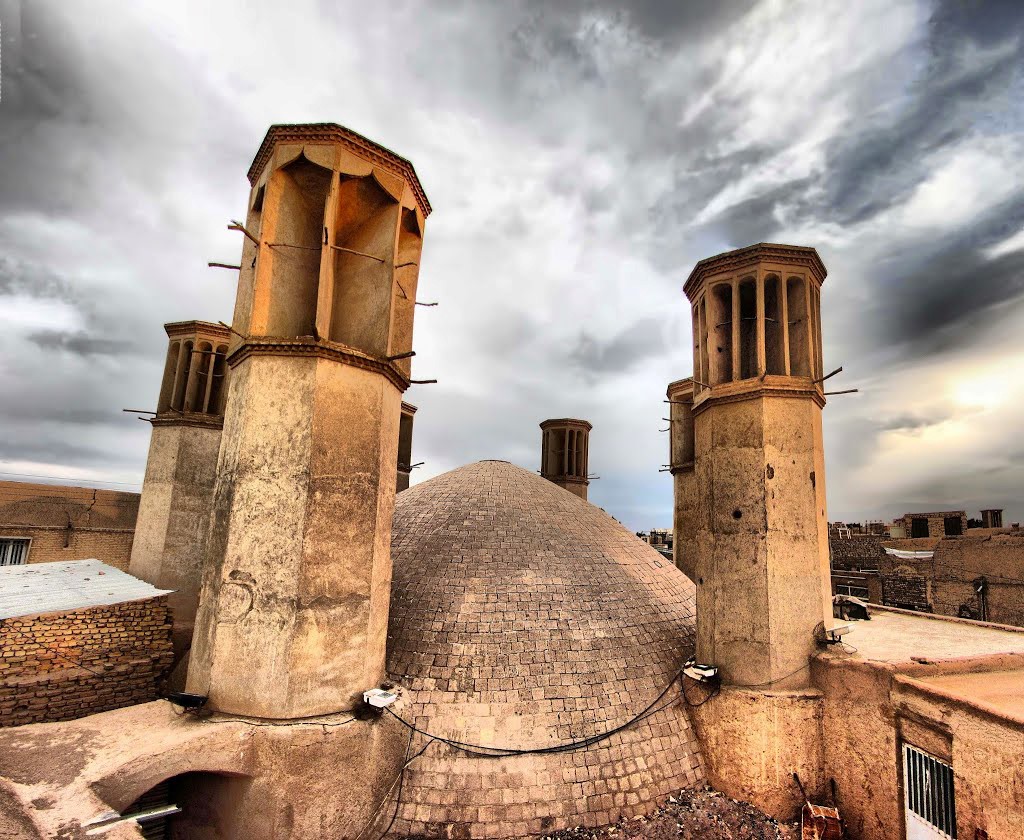 In addition, a palm of this square dates back to about 450 years ago and some people believe that this palm is the oldest palm of the city.

Some parts of the Amir chakhmaq square were renovated in the Safavid era based on their traditional and historic shapes and environments. Actually, here you will be amazed by amazing beauties of the complex accompanied by very beautiful fountains.

In other words, you will go back to long years ago and feel the historic lifestyle of Iranian people in the best possible way. 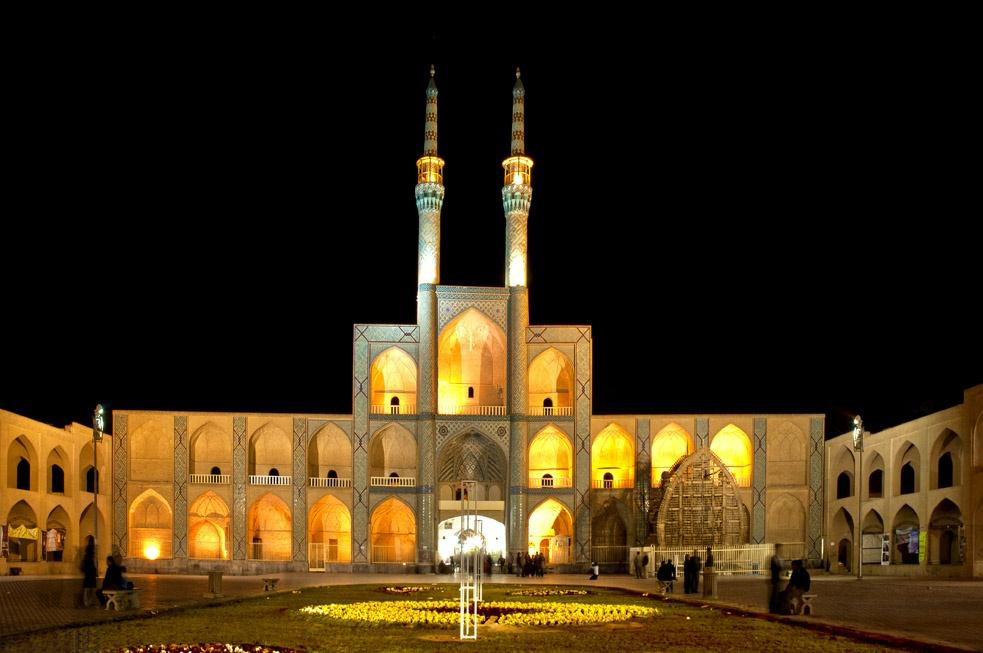 At night, all exterior sections of the complex are lit up with very beautiful lighting which make it very spectacular.

It is noteworthy that most of the renovations of Amir chakhmaq square were done during period of Reza shah. 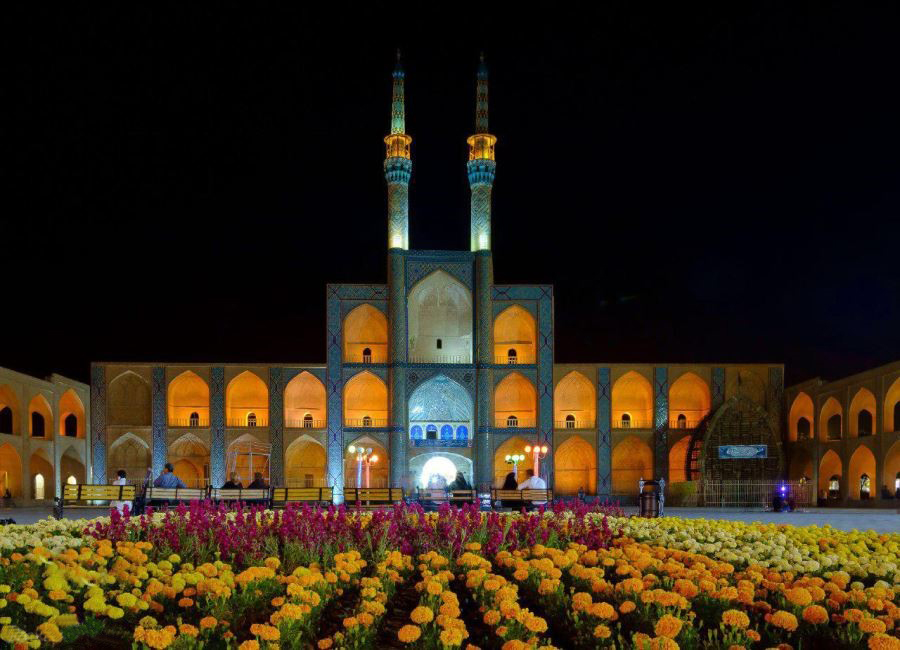 It should be noted that many Iraqis and Afghanis came to inhabit in the Amir chakhmaq square during Iran-Iraq war and also Afghanistan-united states war. 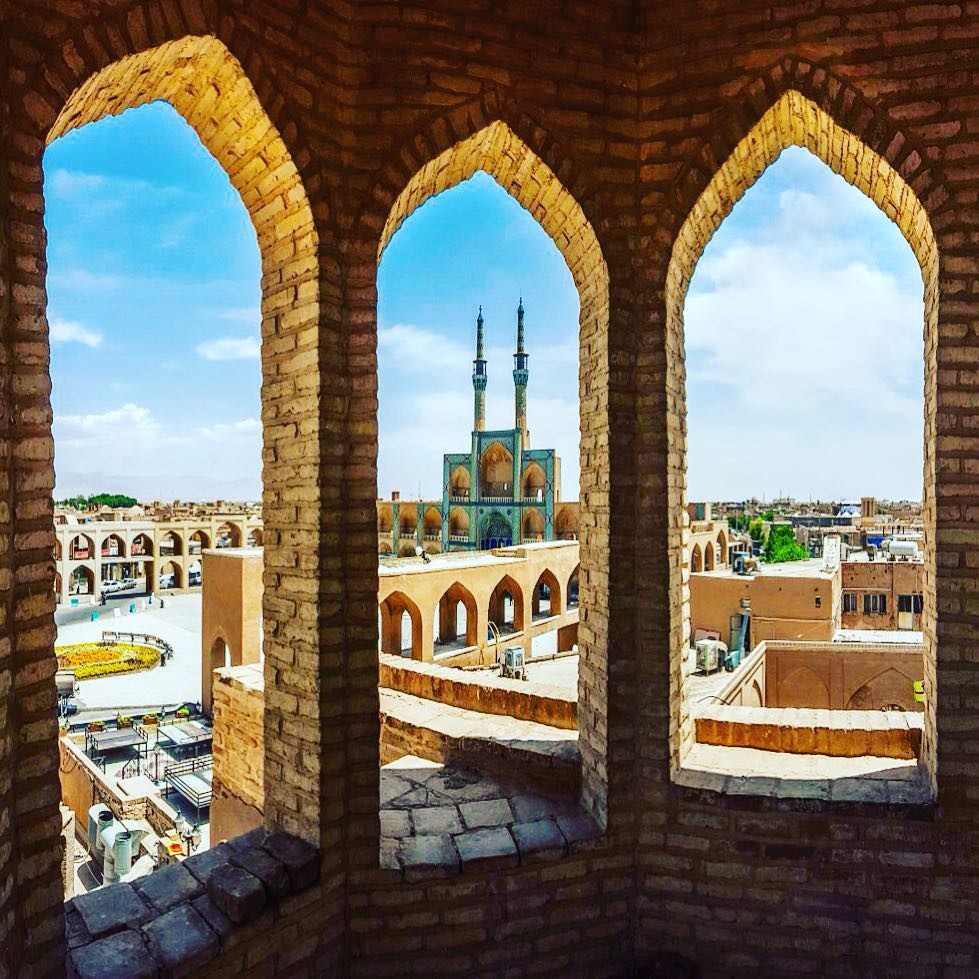 Be sure that you will experience variety of joyful moments in the unique and historical complex. We strongly recommend you not to lose this exceptional attraction.

Hope to see you soon.