The Si-o-se-pol or Allahwerdi khan bridge can be considered as one of the eleventh bridges of Isfahan.

This bridge consists of 33craters, 295 meters length and 14meters width which was built by Allahwerdi Khan on the Zayandehrood of Isfahan city during governance of the Shah Abbas Safavi. 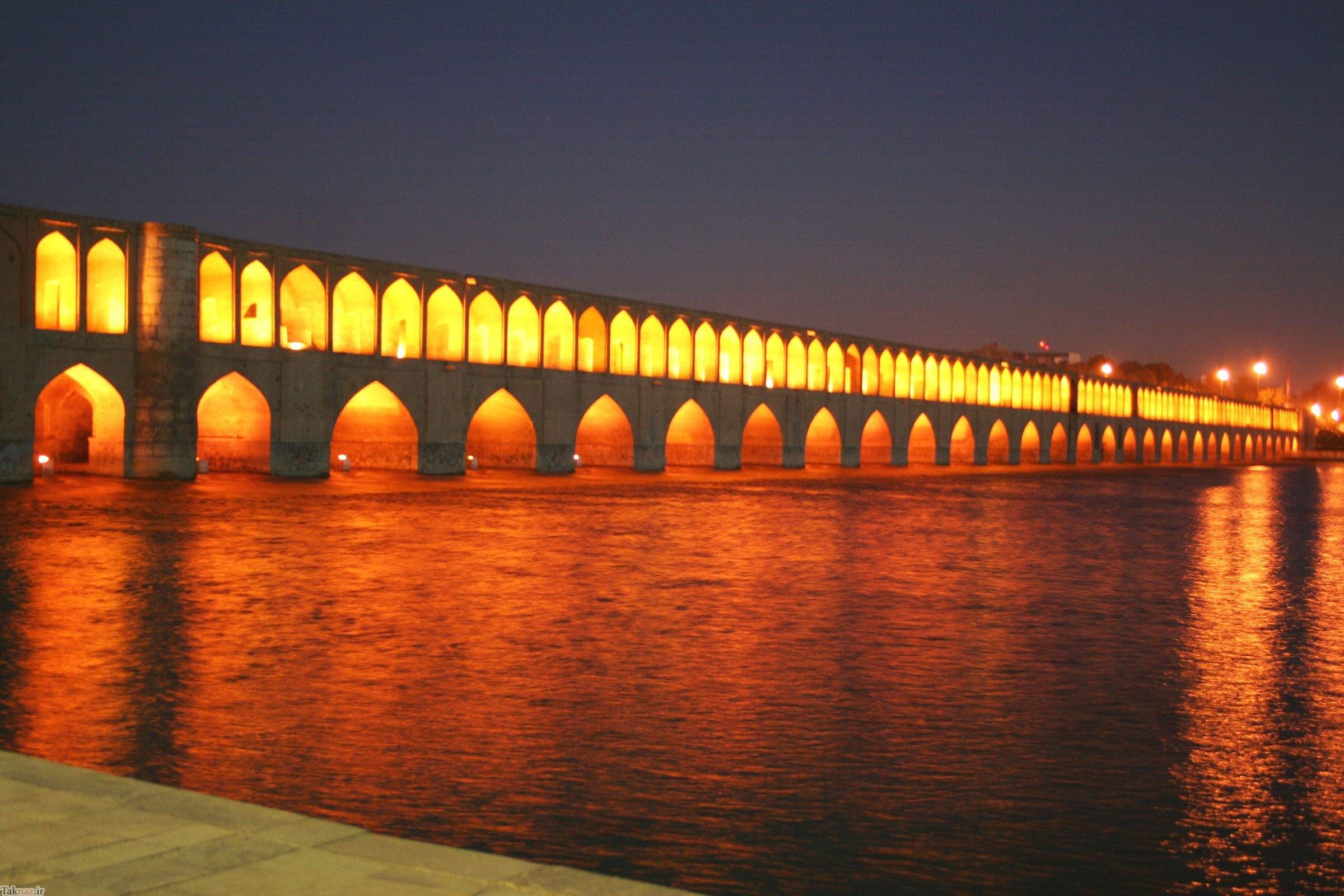 This bridge was an unique place to hold variety of ceremonies in the Safavid era.

The first idea to build the Si-o-se-pol was created during twelfth year of governance of the Shah Abbas and finally was built by efforts of Allahwerdi Khan; famous and prominent commander of Shah Abbas long years ago. 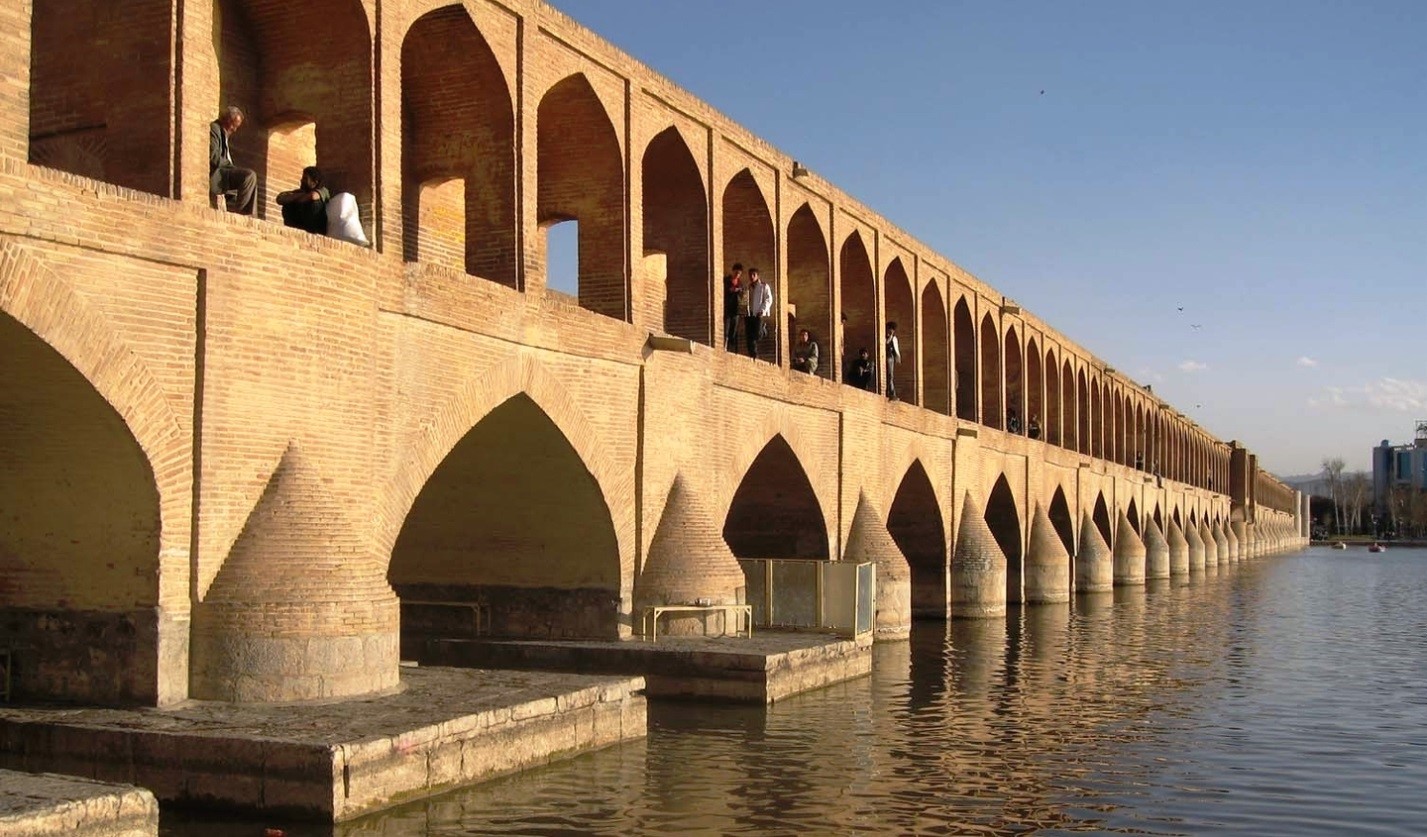 We can see mentions about special ceremonies in travelogues of European travelers about this famous building.

People usually attended in these ceremonies via spray of water and rose water on face of each other. 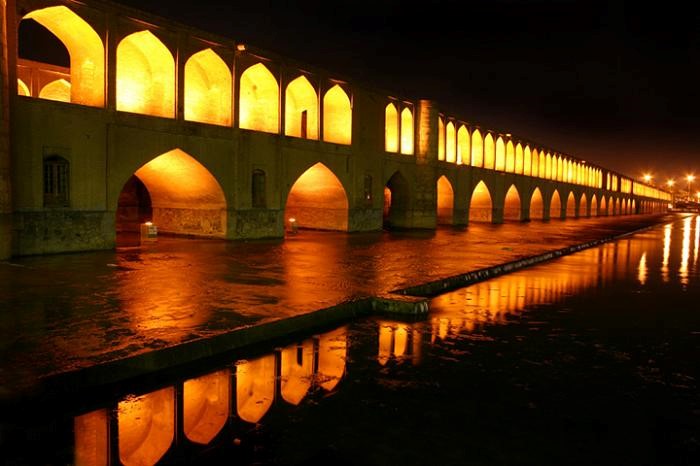 Undoubtedly, the Si-o-se-pol is one of the best works of Iran.

Actually, Si-o-se-pol is an important motivation for large number of tourists to visit the Isfahan city of Iran. This glorious bridge was registered as a national work of Iran long years ago by number 110.

The interesting thing is that foundation and bases of this bridge have a higher degree of strength in water and moisture and should not be remain in a dry place for long time. This bridge was known for the bridge of Julfa long years ago.

It should be noted that excellent and very high quality materials used in the construction of the bridge which have high degree of strength.

Visitors enjoy a sidewalk on the top of the bridge and another in down. 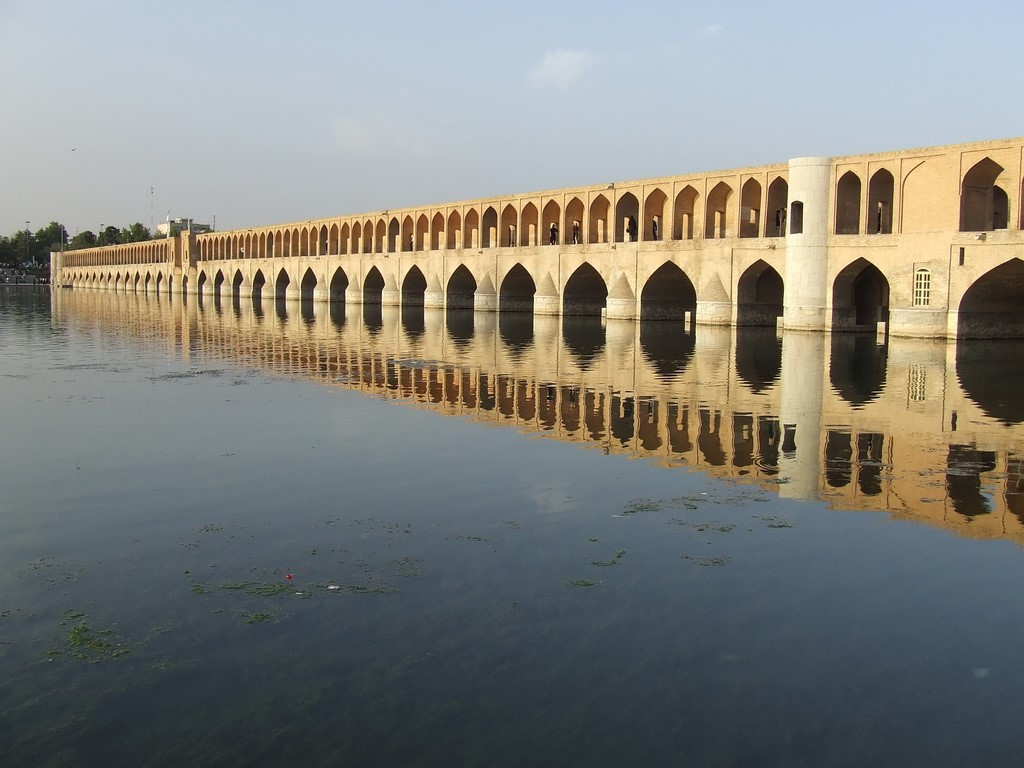 Actually, down sidewalk consist of many roofed spaces which are located in the middle of central bases of the bridge and also close to the river.

Fortunately this beautiful historic building is completely healthy and alive despite long time passes and it’s worth visiting in the amazing Isfahan city.