This bridge was also known and famous for names of Shah bridge and Hasanbeik bridge as well as Khaju.

It refers to the Shah Abbas II era which was built long years ago. 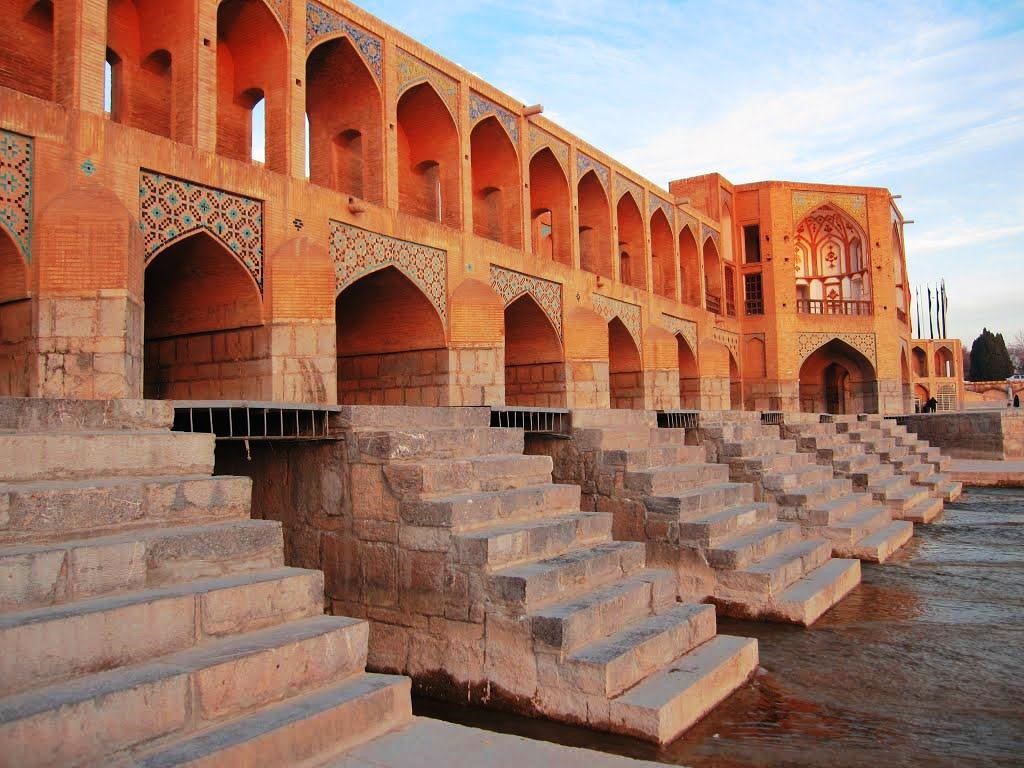 There is a special building in the middle of bridge named Biglar Beigi that was for temporary residence of Shah Abbas and his family.

This building is now also healthy and is full of very beautiful paintings and embellishments. 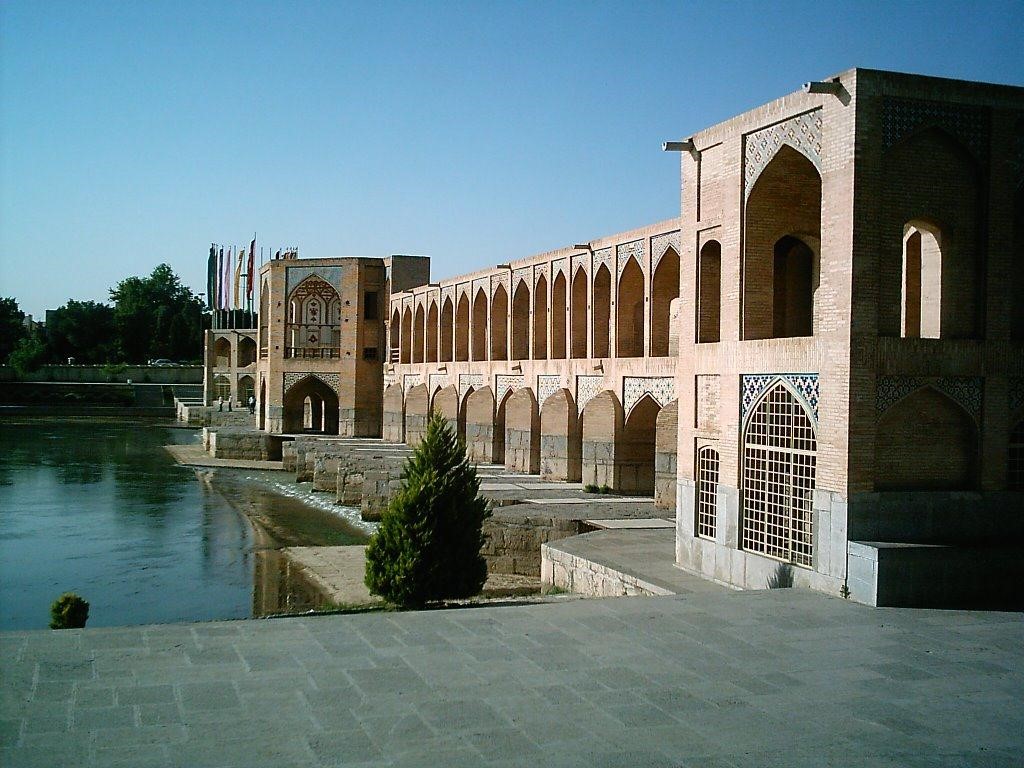 Actually, special atmosphere and eye-catching tiling are two important distinctive features of this prominent bridge which make it different from other bridges of the city.

Here, 133 meters length and 12 meters width can be seen in the construction of the bridge. 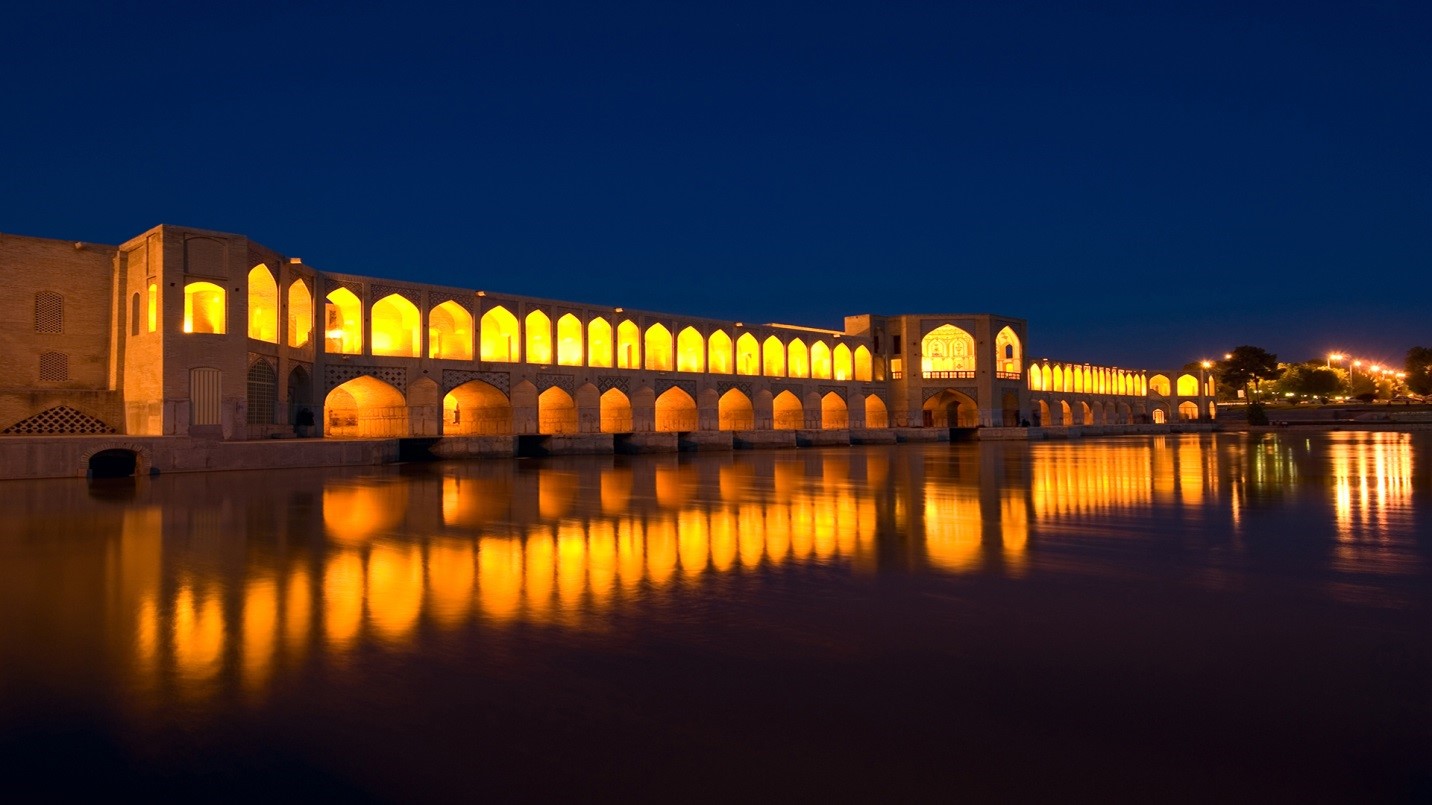 This historic bridge is known with other names but is famous for Khaju due to its location in the Khaju neighborhood.

The bridge was used usually as a dam and can be considered as one of the most beautiful bridges of Isfahan in the Safavid era.

On the other hand, there is a building in the middle of east and west side of the bridge which consists of several rooms embellished by eye-catching paintings. 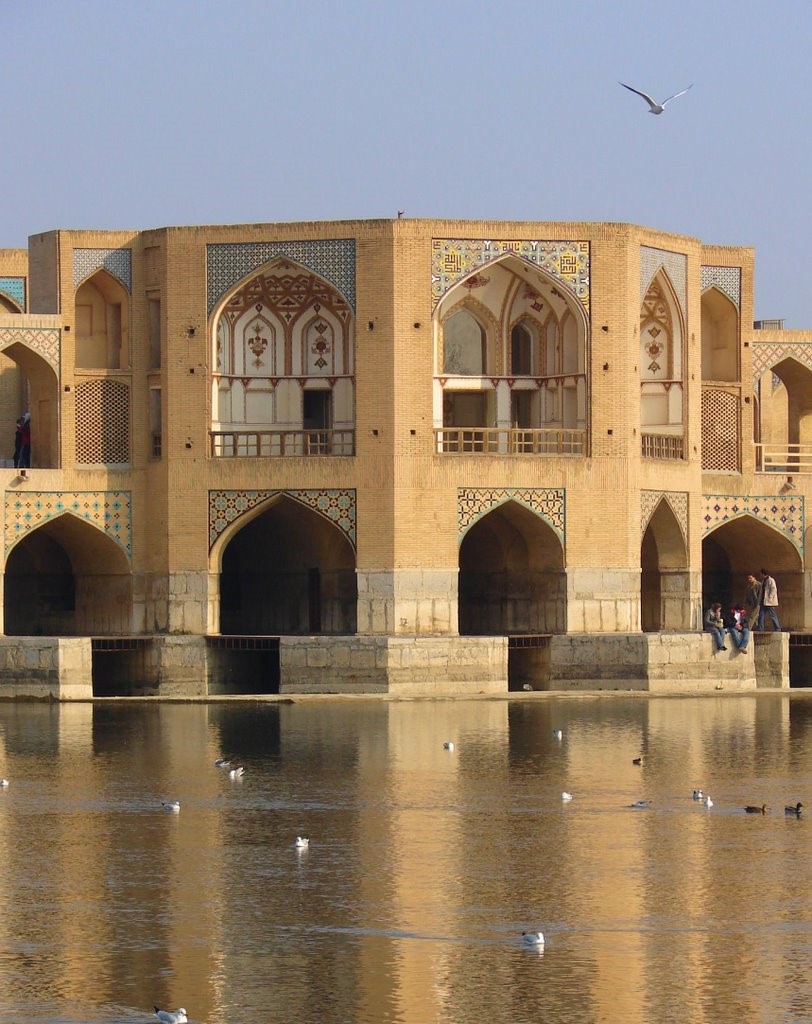 This building was known as a VIP center and was a special place for very important persons such as Kings and etc. to invite them and enjoy wide range of competitions including swimming, boating and etc. in the artificial lake.

This historic work is a masterpiece and one of the most interesting buildings of the world based on opinions of many famous professors such as Zhan Sharden and etc.

Actually, they believe here visitors can enjoy feeling of combination of honor and dignity.

Moreover, there are two stone lions which are symbols of Bakhtiyari army that were protecting Isfahan and Zayandeh rood. 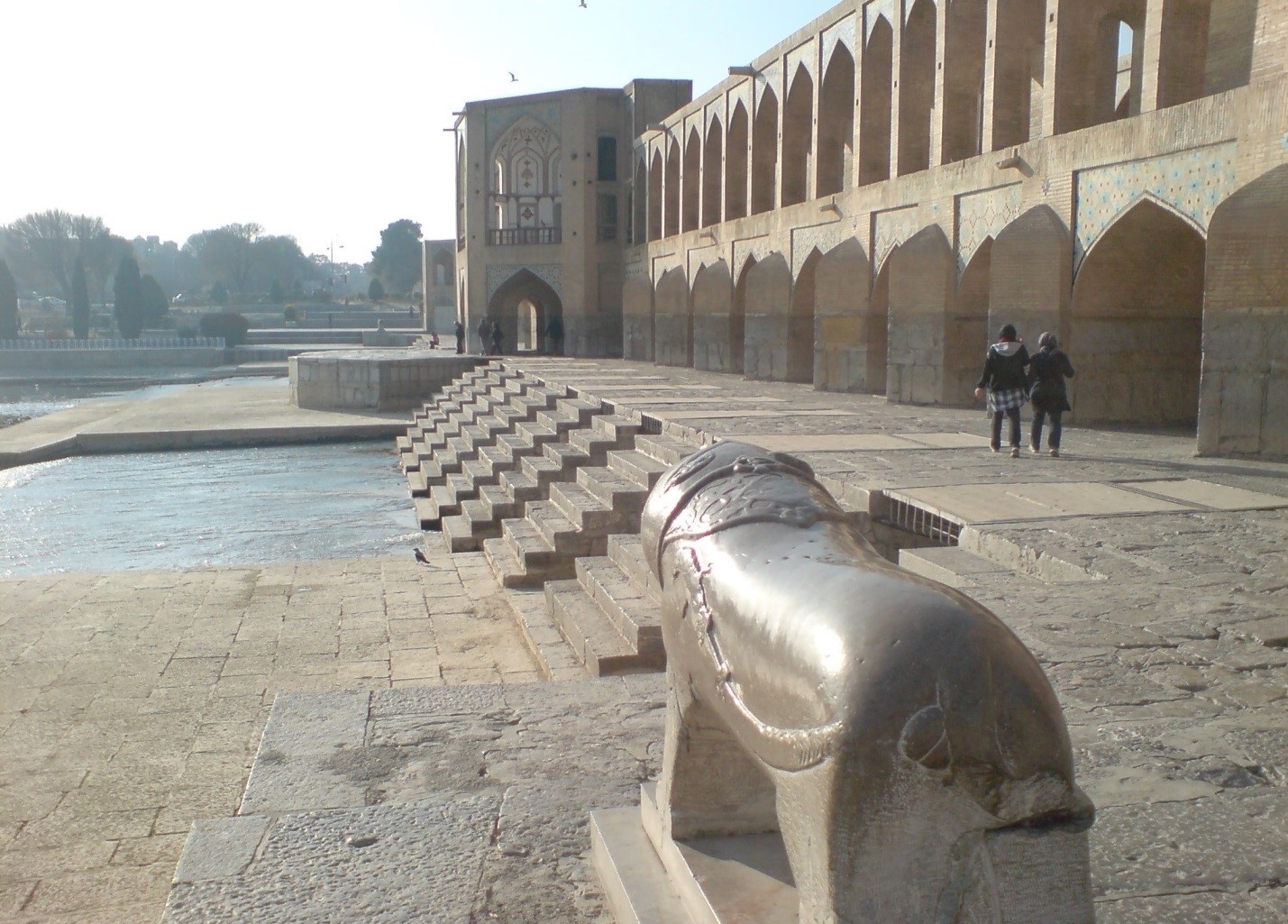 This bridge consists of 24 craters which were built by cubes.
Actually, this bridge had a vital and workable role in setting flow of river water due to having wooden barriers. 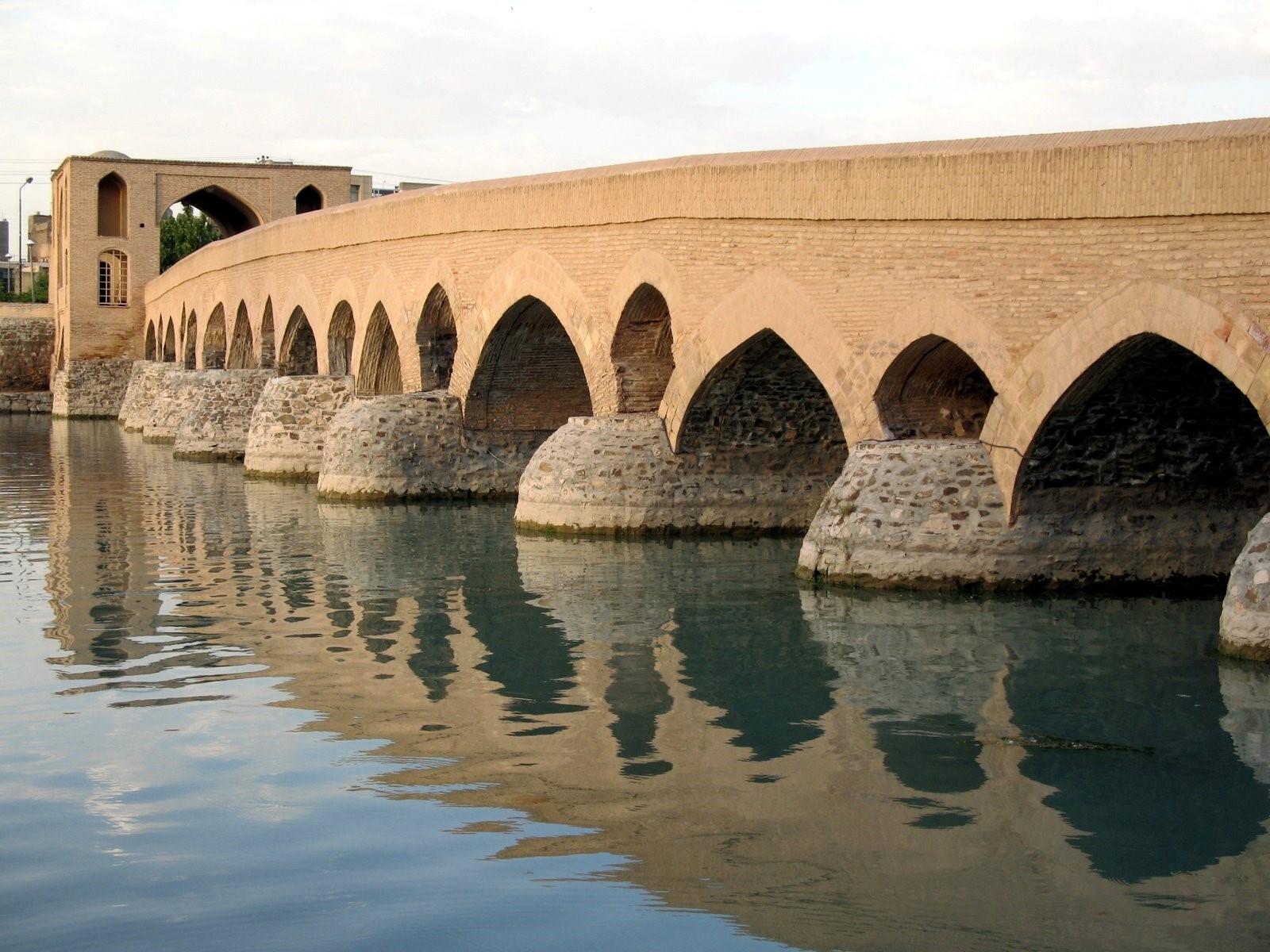 When damper valves are closed, the irrigation of many gardens will be facilitate via rising water level behind the bridge.

Many poets have been offered wide range of very beautiful poems about beauties of the Khaju bridge.

Some historians believe that main goal of constructing this bridge was connect of two Khaju and Hasan Abad neighborhoods to each other.

We strongly recommend you not to lose visit this eye-catching Iranian work because it can be considered as one of the Islamic-Iranian masterpiece of the world. 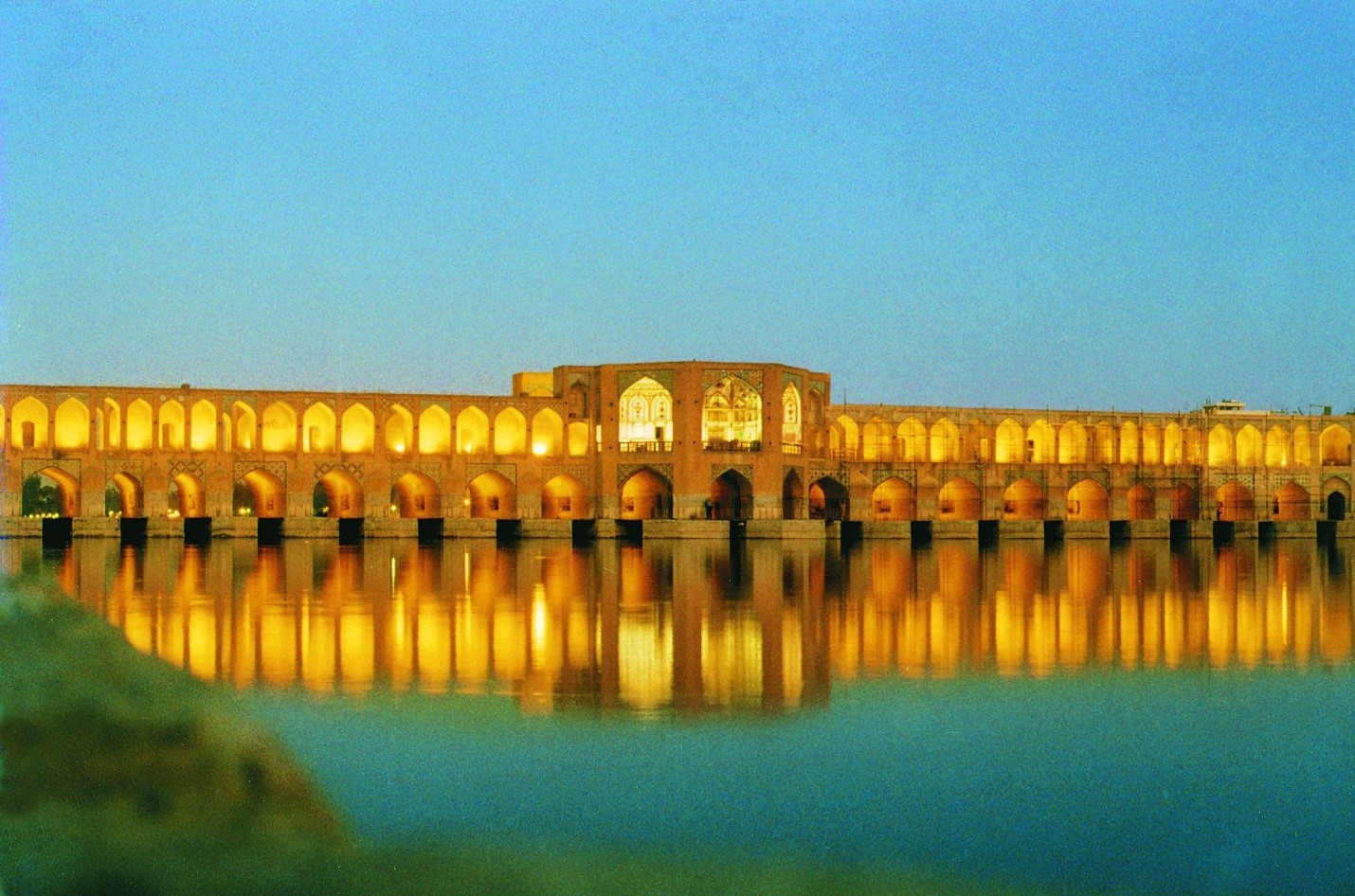 Have nice and enjoyable moments.