The Takht e Jamshid or Parseh or Persepolis in name of one the ancient cities of Iran which was the magnificent capital of the kingdom of Iran for long period of years during Achaemenid empire. 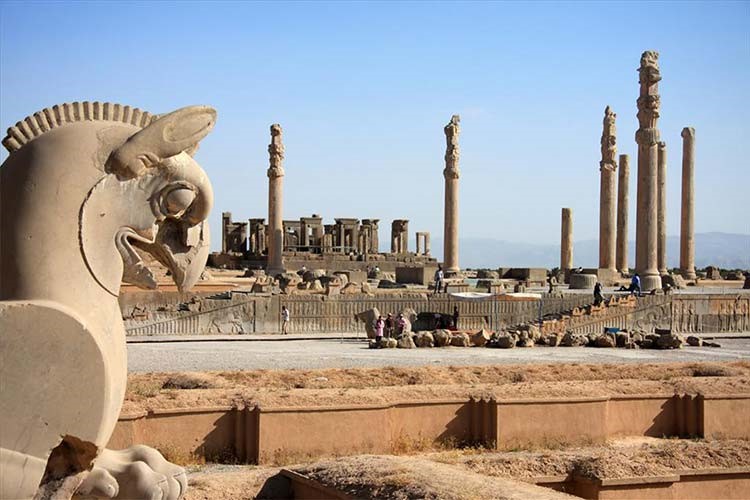 There is a palace in this ancient city named Takht e Jamshid which was built during governance era of Khashayarsha, great Cyrus and Ardashir I and was active for 200 years. 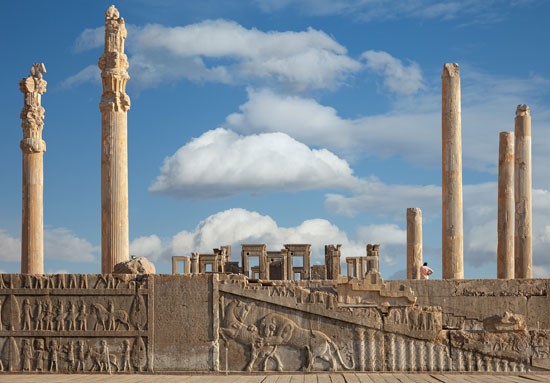 Actually, large number of groups on behalf of the governors were gathered with variety of gifts for king in first day of the year.

Persepolis was turned to new capital of Achaemenid in Parseh in 518 BCE.

The great Dariush was a founder of the Persepolis although his son, Khashayarsha and also his grandson, Ardashir I added to the expansion of this amazing collection. 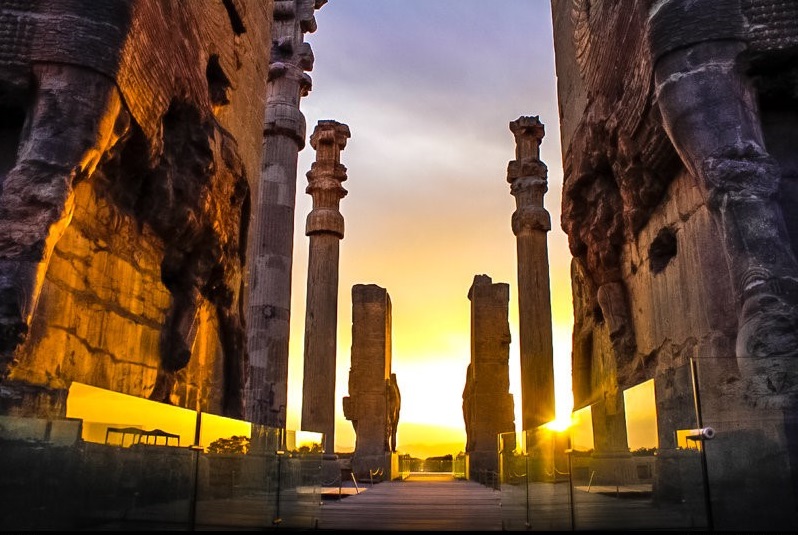 It should be noted that many information available about background and culture of Achaemenid era have been gained via inscriptions in these palaces and engravings on the walls. It has been estimated that Persepolis plain which was consists of 39 residential camps had a population of 43600 persons in Achaemenid era.

Historians believe that the Eskandar as a Greek commander attacked Iran and burned the Persepolis in 330 BCE. Therefore, probably a huge part of books, culture and art of Achaemenid era have been destroyed via fire.

However, the ruins of this place are still there and the Archeologists confirm the fire and attack based on ruins.

This historical attraction has been registered in UNESCO World Heritage Site from 1979. 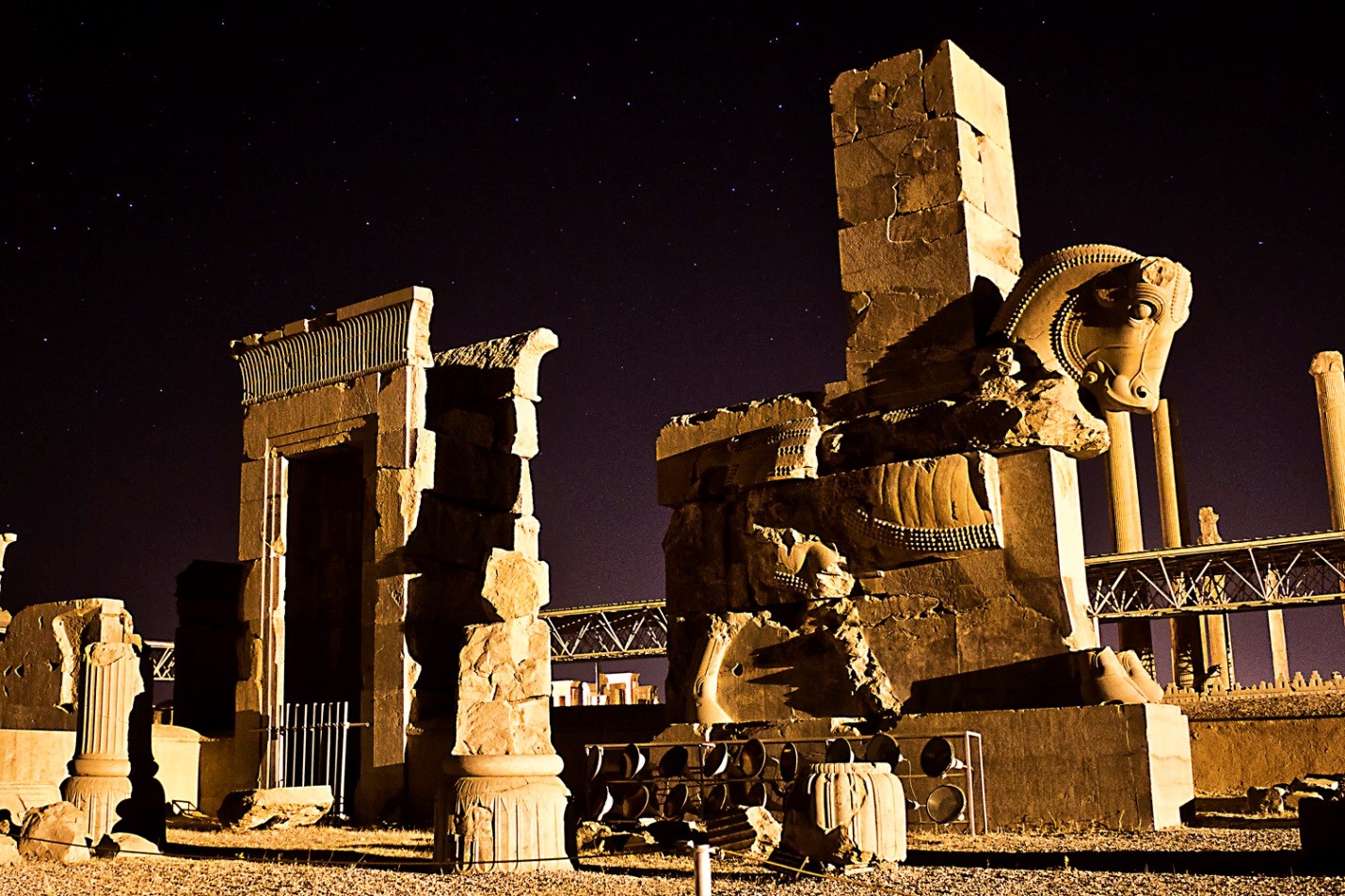 Sassanid kings have also left some inscriptions in the Tachar palace. This place was respected after the arrival of Islam in Iran and was called Hezar Sotoun or Chehel Menar.

There are other inscriptions in Arabic language and also Persian in Persepolis which their latest ones refer to the Qajar era; written by command of Mozaffareddin shah and located in north wall of the Tachar palace. Persepolis collection is located in north of Marvdasht city and also north of Fars province.

There is another historic attraction called Naghshe Rostam which is located in 6kilometers distance to Persepolis.

The temples of great kings such as great Dariush, Khashayarsha, Ardashir I and Ardashir II  are located in Naghshe Rostam. 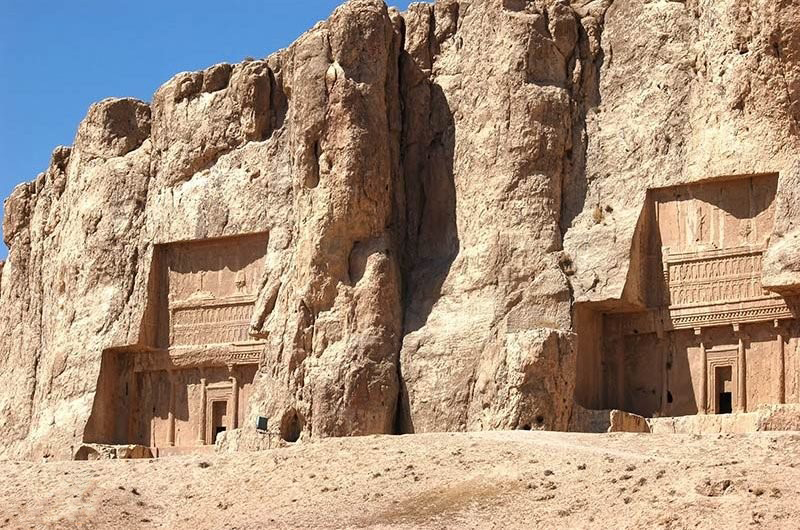 It should be noted that temples located in mountain range of Rahmat overlooking the Takht e Jamshid refer to Ardashir II and Ardashir III. It is noteworthy that Persepolis collection is very respectable with high position among Iranian people so that they use its symbols in different areas. For instance you can see the head of bird Homa in logo of Iran air company.

We strongly recommend you not to lose visit this amazing collection.