Yazd city as second old city of the world and between 8000 and 12000 years old ,famous for city of windbreakers and desert bride ,is located in desert margin and in central plateau of the Iran.

The city has a wide range of historic and spectacular parts, due to its old history and traditional appearance that will be mentioned in the following:

One of the traditional mansions of the Yazd is house of Lary which is related to the Qajar period.

The house has traditional and unique architecture ,providing a highest amount of shadow and coolness in hot seasons for its residents. 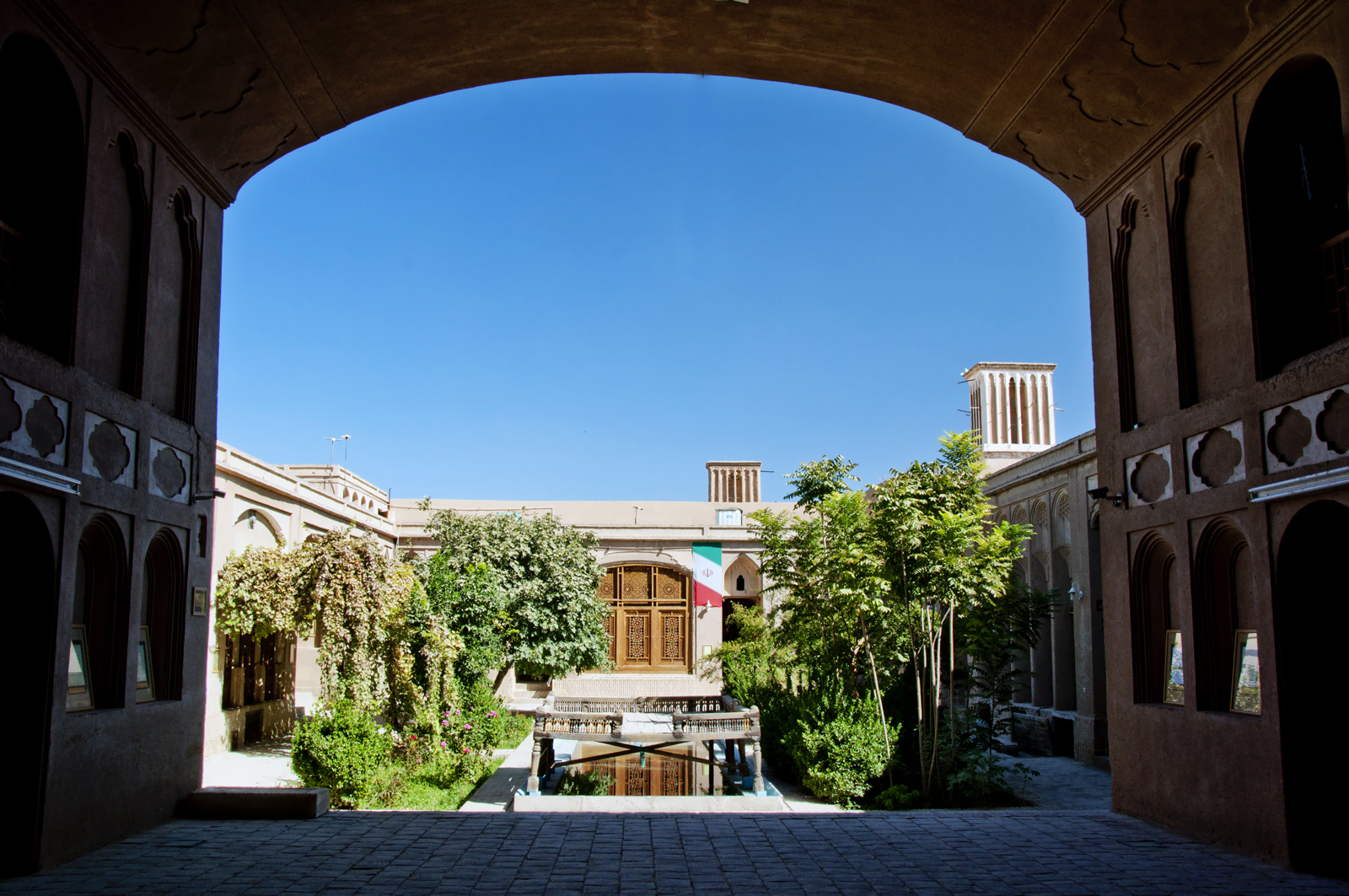 The main mosque of the Yazd, designated for the Azeri architecture was built in the Sasanian period and completed in the Ilkhani and Teymoori era.

The mosque with its beautiful architecture is another attraction of the Yazd. 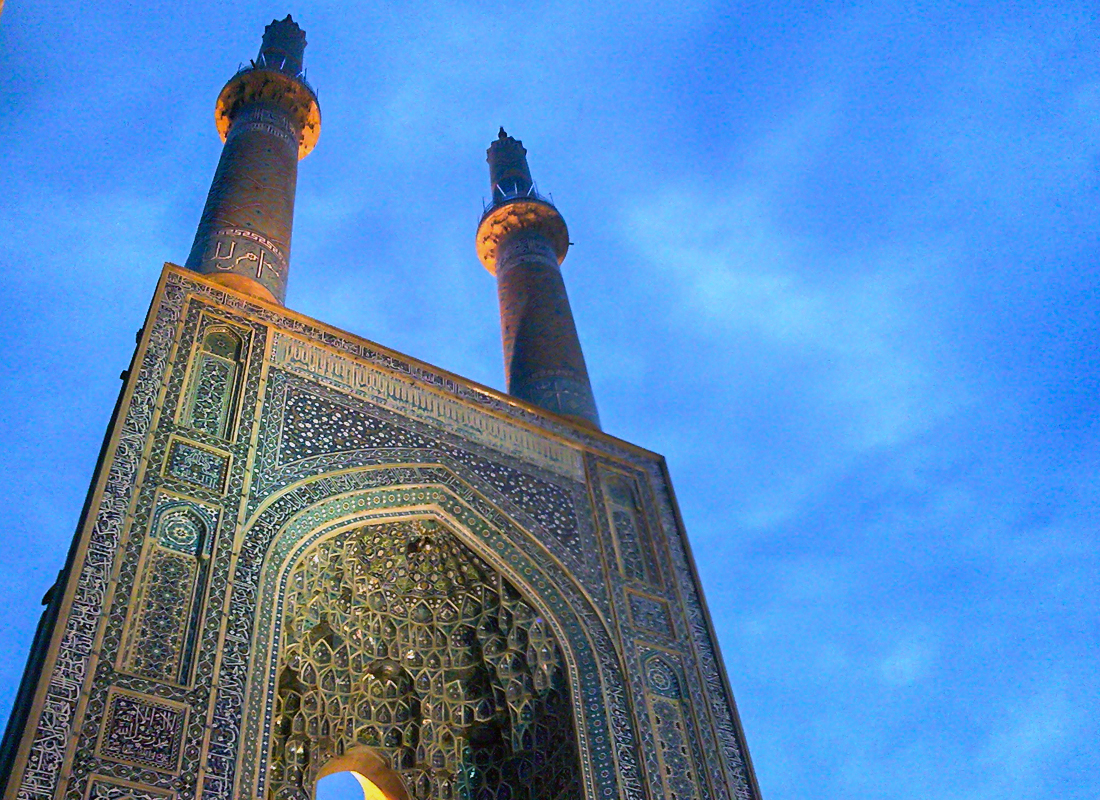 On the other hand ,Amirchakhmagh square collection is one of the important attractions of the city. This collection consist of 2 very picturesque cisterns ,bazaar and mosque which make a spectacular and unique collection. 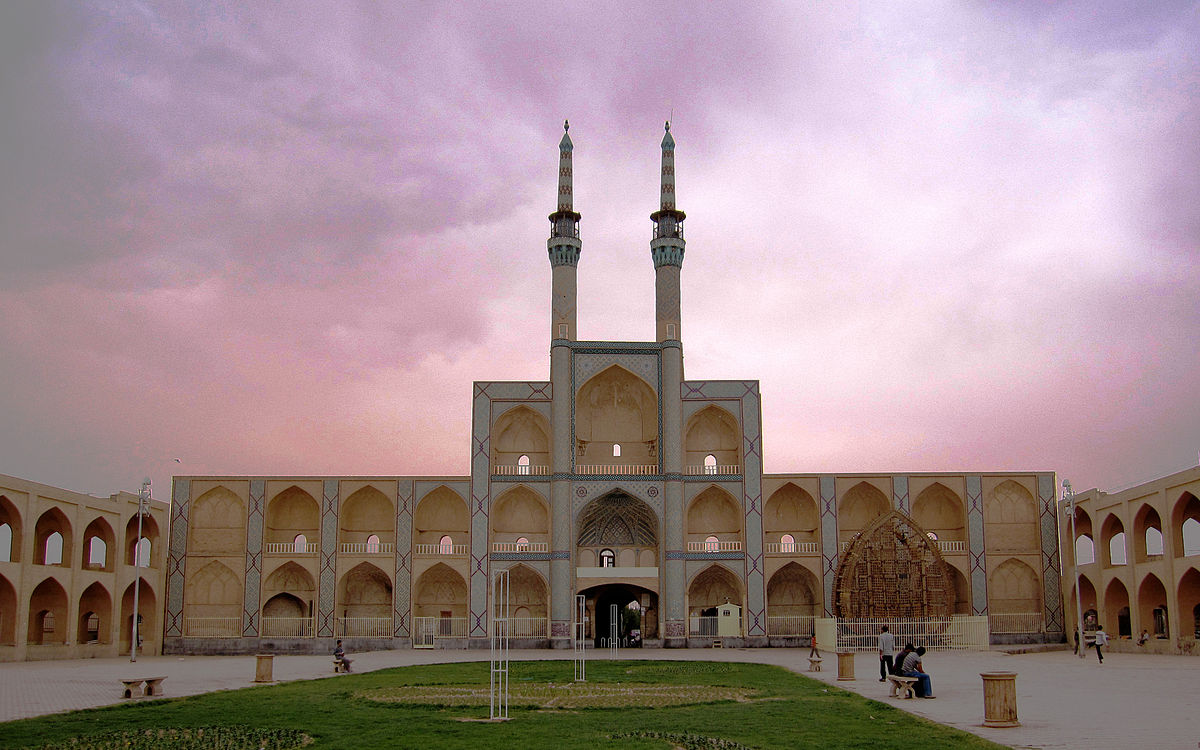 There is a cistern called “6 wind breaker cistern” that was built in the Qajar period and has 6 windbreakers and a tank with capacity of 2000 cubic meters.

Saving water was a vital factor because of the desert city of the Yazd. There fore,a  cistern with high capacity was very effective. There is a historic public house ,related to the Safavi era called Zeynoddin which was built with command of the Shah Abbas and are still active. 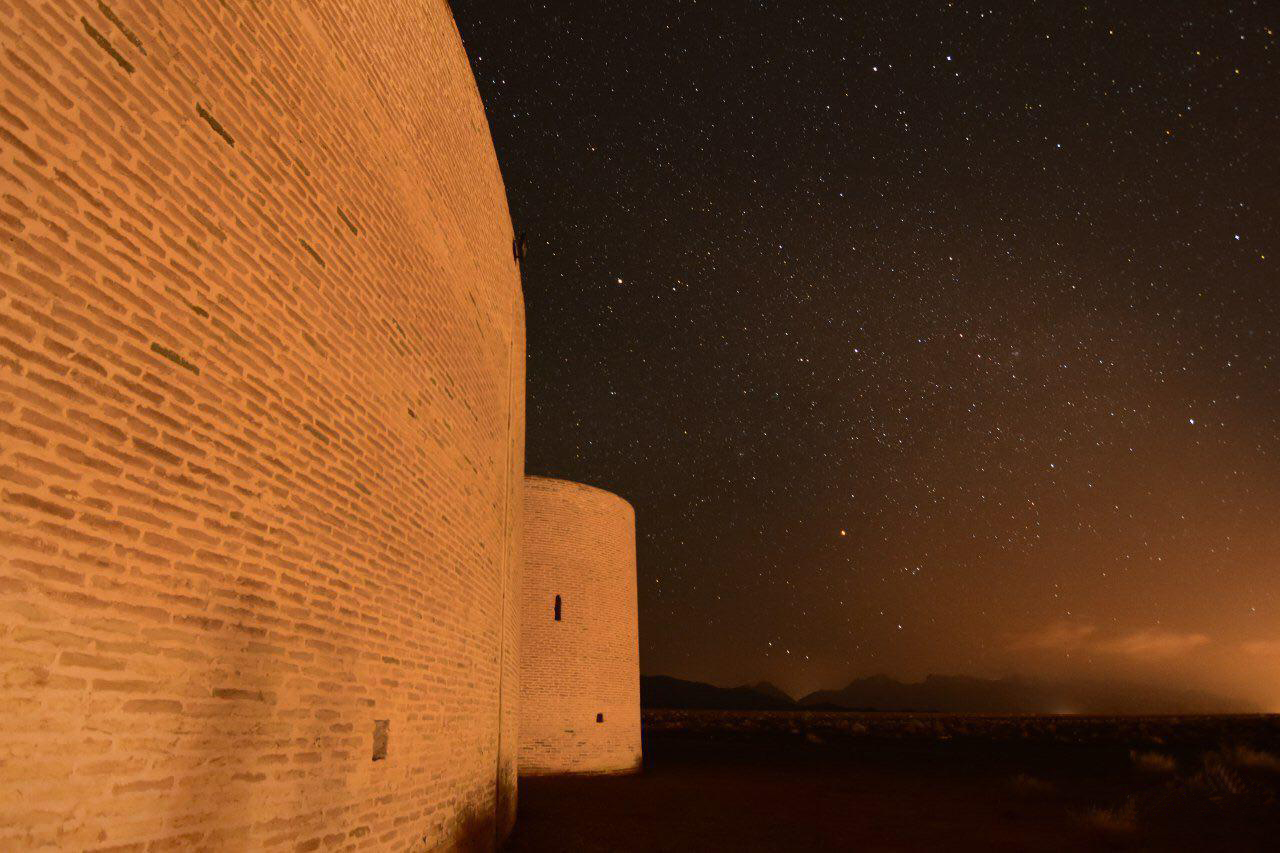 One of the other attractions as a recreational destination of the city is the Dolat Abad garden accompanied with beautiful area and outstanding fountains .The garden was built in the late Afshariyan period and can be considered as one of the most beautiful gardens of the Iran.

The most important point of the garden is its windbreaker with height of 33.8 cubic meters as a longest windbreaker of the world. 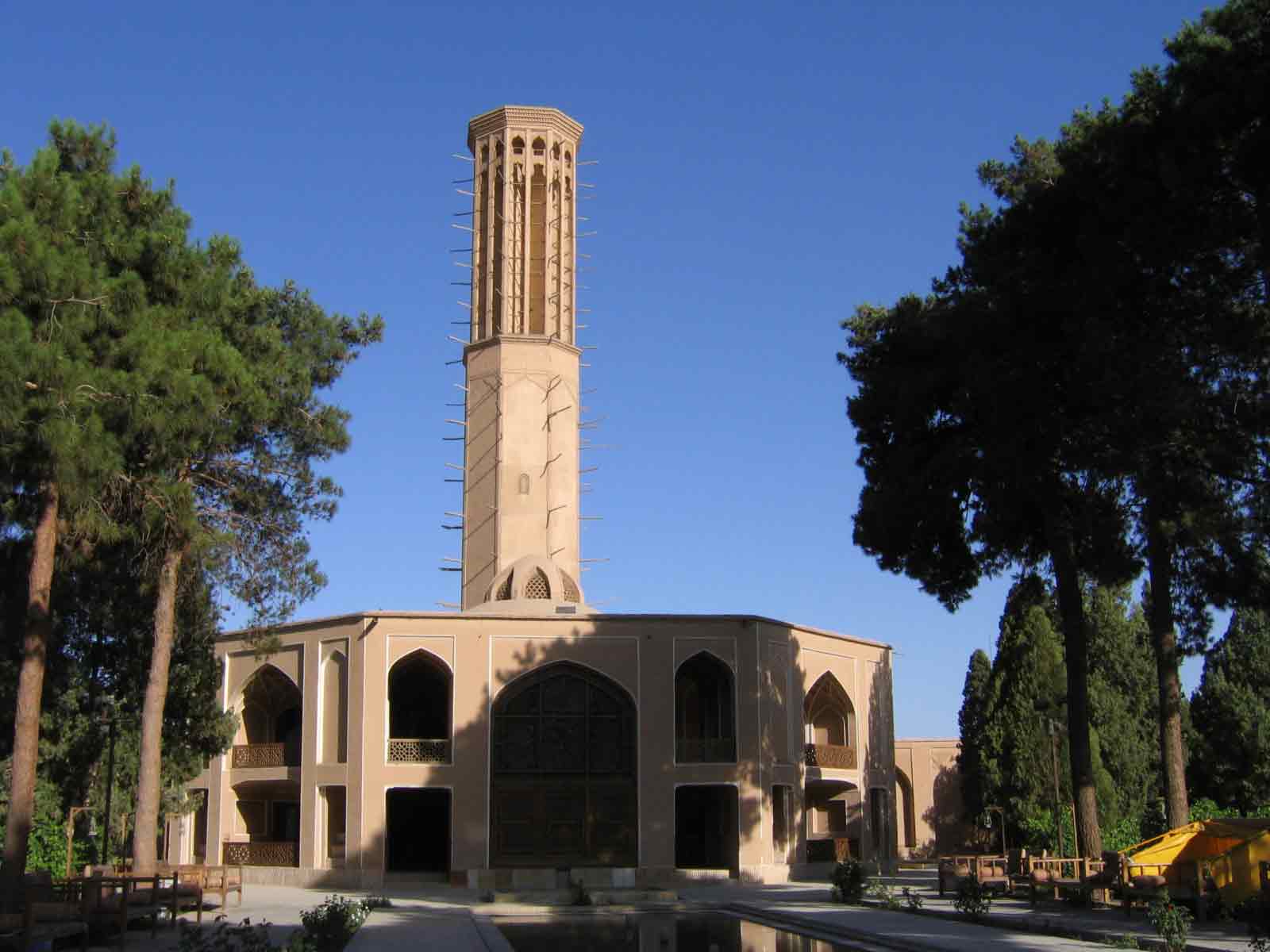 The Bahram yazd fire temple ,refers to Zoroastrians of the Yazd and considered as one of the Yazd mansions.

The mansion was place of keeping the holy fire. It is said that the fire has remained clear for 1500 years. Other attractions of the Yazd city:
Rostam gir cistern.
Mirror and lightness museum.
Khamoshan Yazd tower.
And lots of places in the Yazd and its near cities.